Larissa Zakharova was born in Leningrad in 1977 and began her university studies in history and French in that city. After a dissertation at the Collège Universitaire Français, St Petersburg, on the requisitioning of real estate after October 1917, she joined the EHESS in Paris for doctoral research into Soviet fashion in the 1960s and 1970s. After a post-doctoral period in Moscow she was appointed lecturer at the EHESS in 2010 for a project entitled “Tools of communication, modes of government, social relations in the USSR, 1917-1991”. After joining the Centre for Russian, Caucasian and Central European Studies (CERCEC), she became its deputy director in 2015. From 2017 on, she was seconded to the Centre Franco-Russe in Moscow where she was working on an innovative paper on communications in the USSR, combining social and economic history. Among the major texts she has left us, her book S’habiller à la soviétique. La mode et le dégel en URSS (CNRS Editions, 2011. Dressing the Soviet way. Fashion and the Thaw in the USSR) revised our knowledge of the post-Stalin USSR. She also edited major issues of scholarly journals such as “Le quotidien du communisme: pratiques et objets, Daily life in communism: behaviour and objects”, Annales 2013 and “Communiquer en URSS et en Europe socialiste, Communicating in the USSR and socialist Europe” (with Kristin Roth-Ey), Cahiers du monde russe, 2015. She passed away in Moscow on march 2, 2019. 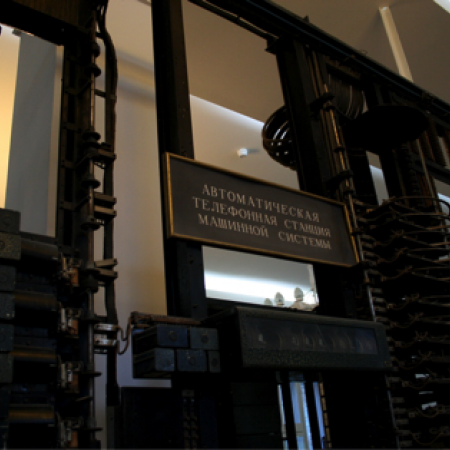 The telephone in Russia before 1917