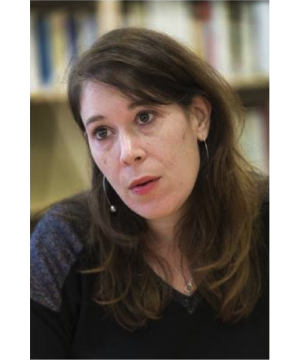 Valérie Schafer is a specialist in the history of telecommunications and computer science, and data networks in particular. The holder of a doctorate in Modern History (2007) and an HDR (2015), she is currently a research fellow at l’Institut des sciences de la communication (CNRS/Paris-Sorbonne/UPMC).

She is the coordinator of the ANR Web90 project, and is currently studying the development of the Internet and the Web in France during the 1990s, as well as questions relating to the preservation of digital heritage (especially the epistemological and methodological issues raised by Web archives).

She has notably published La France en Réseaux, années 1960-1980 (2012), Dans les coulisses de l’Internet. RENATER, 20 ans de technologie, d’enseignement et de recherche (2013) with Bernard Tuy, and has worked on the relations between women, gender, and ICT through her coordination, along with Benjamin Thierry, of the collective book Connecting Women: Women, Gender and ICT in Europe (xixth-xxth century) in 2015.