An Illustration of Bronze Age Mobility in Europe

During the Bronze Age (2200-850 BCE), some inhabitants of the European continent were already circulating regularly between different regions. A remarkable example of this mobility is the tomb of the Egtved Girl, whose organic materials, which are in an extraordinary state of conservation, provide revealing information about the exchanges that took place among various European communities at the time. It appears that the girl, who was initially thought to be a member of the local elite, actually grew up far from the region where she was buried, travelling at least 2,400 kilometers during the final two years of her life. Biomolecular, biochemical, and geochemical analyses have made it possible to reconstitute part of her itinerary between Denmark and the Black Forest. On an individual level, the Egtved Girl embodies a modern history, and has become a key figure in the history of Denmark and Europe. 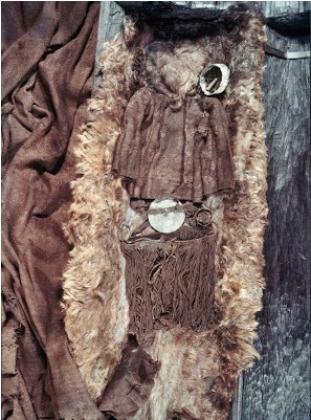 The Bronze Age (2200-850 BCE) was a period whose importance in the formation of Europe as we know it today is often underestimated. Technological innovations, especially in connection with metalworking, led to intensified commercial relations and long-distance exchange, the communication of know-how, and the appearance of new lifestyles. In the absence of written documents, our knowledge is based on other types of sources, notably human remains, which can be studied with increasing precision as a result of scientific progress. The studies conducted on the Egtved Girl illustrate individual mobilities, which were inscribed within broader frameworks of exchange throughout Europe.

The Exceptional Conservation of a Danish Tomb

The body of the young girl was discovered in 1921 in Egtved (Denmark), where she was buried in 1370 BCE. She was aged between 16 and 18 years old. The funerary treatment she was given initially suggested that she was a member of the local elite, for her tomb belonged to a series of prestigious graves dating between 1500 and 1100 BCE, in which coffins made of hollowed-out oak were placed inside monumental tombs. Some of the furnishings have survived until today, as the tannic acid naturally present in the wood most likely favored their conservation. In the coffin, the girl’s body was placed on an oxhide pelt, itself placed on a large cloth of sheep’s wool. The deceased is dressed in a short wool tunic and corded skirt. A wool sheet is wrapped around her feet. She is stretched out on her back and adorned with a few jewels, with her blond hair held together by a string of sheep’s wool. The soil’s acidity, in addition to the coffin’s saturation in water, prevented the conservation of the bones. The rest of the funerary furnishings include a comb, a small bucket with a handle containing liquid, a box made out of tree bark, and a container with the remains of a cremated child.

The conservation environment helped preserve organic matter such as fur, hair, nails, teeth, and part of the brain and skin. The presence of yarrow (Achillea millefolium) and a fern leaf near her left knee indicate that she was buried during the summer. While the elements are in an exceptional state of preservation, the girl’s DNA is too deteriorated to be studied. However, other scientific techniques have provided information, especially with regard to human mobility. Measurements of strontium isotopes in these remains and the textiles reveal highly interesting data. Strontium is one of the chemical elements present in the Earth’s crust, with its isotopic signature varying according to the geological soil. Living beings absorb strontium through water and food; it then takes part in the constitution of bones, enamel, and keratin (an essential element in hair and nails).  These materials thus have an isotopic signature for strontium that is identical to that of the soil on which it was absorbed. By using reference measurements for isotopic landscapes in Europe, the movements of individuals can be mapped out.

Multiple Trips Between the Black Forest and Egtved

Measurements were conducted on the girl’s first molar, as well as on the petrous part of the occipital bone of the child associated with the burial. The mineralization of tooth enamel takes place during early childhood, and is not subsequently refashioned: measurements therefore provide information regarding the individual’s geographical origin. The values obtained prove that they spent their early years outside of Denmark. The wool clothing and oxhide present similar isotopic signatures, suggesting that they were not produced locally. The data points to a number of possible areas of origin: East Denmark, Great Britain, and the Black Forest in Germany. These results were coupled with a study of the archeological furnishings, with the artefacts discovered in the grave following a distribution pattern used between the southern regions of Scandinavia and Southern Germany. Cross-referencing this data suggests, with a higher degree of probability, that the Egtved Girl was from the Black Forest region.

Analysis of her hair can reconstruct her journey during the last 23 months of her life (hair grows approximately one centimeter per month). The lower part, formed between the last 23rd and 13th months of her life, have isotopic signatures matching those of the Black Forest, thereby indicating she was in the area during that period. The central segment, formed between 13 and 6 months before her death, has signatures compatible with those of the Egtved area, a sign that she went there during that time. The segment of hair corresponding to the final 6 to 4 months of her life, along with her nails (whose growth covers approximately the final 6 months), once again display the signatures for the Black Forest, where she returned before ultimately being buried in Egtved. As a result, during the final 23 months of her life, the girl travelled at least 2,400 km in this back-and-forth between the two regions, and shortly before her death she was still far from the site where she was buried.

An Example of a Widespread Phenomenon

Similar analyses were conducted on a slightly more recent female grave discovered in Skrydstrup, near Egtved. While its origin cannot be determined with certainty (Sweden, France, Czech Republic, or Germany), it has been proven that the deceased was not from the area where she was buried. These results indicate that contrary to what was long suggested, travel and exchange were not specific to the male sphere. Among other examples, a study conducted in Scania, Sweden shows that children did not travel, but that 31% of the individuals (men and women combined) were buried in regions other than those where they grew up.

The Egtved Girl is thus just one example of a widespread practice, but remains extraordinary due to the precise information provided by chemical analysis, which reveals part of her life’s itinerary. The girl’s high level of mobility bears witness to the intensity of exchange and diplomatic relations on the European level. While the specific reasons for these trips remain unknown, anthropological comparisons suggest a circular mobility (trips in groups with the intention of returning), or migrations connected to personal changes. This example is, in any event, a reminder of the highly dynamic character of European mobility during the Bronze Age, with individuals travelling quickly, over long distances, and during relatively short periods of time. The mobility of individuals was certainly crucial during the Bronze Age, as it was impossible to conduct transactions using monetary tools, as is the case today; the exchange of goods required movement, which varied depending on the identity or social status of the individuals involved. In addition to objects, these exchanges most probably included ideas, practices, and beliefs as well. It is these exchanges that are illustrated by the Egtved Girl, who embodies a modern history, and has become a key figure in the history of Denmark and Europe.

Bergerbrant, Sophie, Wessman, Anna, “Women on the move in the Nordic Bronze Age: A Case Study Based on Rock Art Costume,” in James Dodd and Gerhard Milstreu (eds.), Giving the Past a Future. Essays in Archaeology and Rock Art Studies in Honour of Dr. Phil. h. c. Gerhard Milstreu (Oxford: Archaeopress, 2018), 121-135. 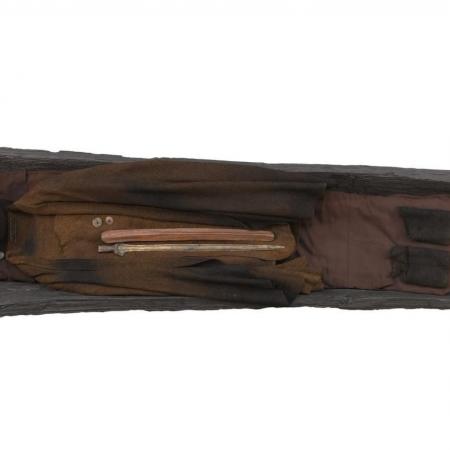 From Wool to Clothing: Commercial Circulation in Bronze Age Europe