Under the auspices of the Council of Europe, thirty exhibitions were held between 1954 and 2012 in numerous countries. While each one was led by a particular country, they stood out for the high level of cooperation involved in their planning: all member countries were consulted regarding the planned orientations, and participated in choosing the works exhibited as well as indirectly contributed to the financing. The major cultural events that resulted were specifically designed to highlight, via the intermediary of works of art, common aspects from the continent’s past, and to thereby affirm the cultural unity of Europe through a voluntarily political approach. 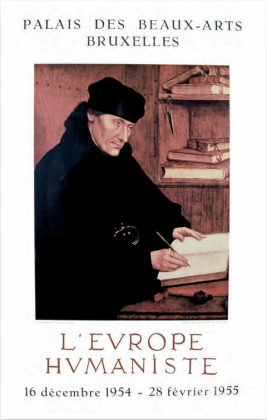 The objective of the Council of Europe, which was created in 1949 by the Treaty of London, was to create a closer union among member countries by developing shared economic, social, scientific, and cultural actions. In the latter field, one of the first major, concrete productions was planning for the “Humanist Europe” exhibition held in Brussels in 1954. Twenty-nine other exhibitions followed periodically, with the last one, “The Desire for Freedom: Art in Europe since 1945,” being held in Berlin in 2012, and later in Milan, Krakow, and Tallinn. These thirty major events are not just a remarkable example of cultural cooperation, but also reflect an explicit desire to show the unity of European art in order to affirm the unity of Europe.

These exhibitions were proposed under the auspices of the Council of Europe, but were not directly planned by the institution, which solely provided support. Each one was led by a volunteer country, whose candidacy was examined by the Council’s committee of cultural experts, which potentially sought the advice of specialists, and then approved the project and set a schedule for various events. Two years before the planned opening date for each one, a meeting including representatives from various countries was held in the host city to adopt the general plan for the exhibition, and to begin working on the list of artwork that would be appropriate to borrow. A second meeting was generally held one year later to discuss the detailed list of potential loans established by the organizing team.

These two intermediary consultations may seem constraining, but they actually represented one of the invaluable contributions of the Council of Europe. The experts who sat on the committee—generally the directors of major museums or senior officials in the field—were appointed by each member country, and served as both points of contact and experts: they did not limit themselves to validating the project, but were invited to supplement and improve it by proposing loans from the collections they oversaw, or by indicating works that could contribute to the aims of the project. The organizing team could, for example, ask one of them to find a painting in their country illustrating a particular aspect of the subject at hand. While not all national artistic committee members were highly invested, their intervention was quite often crucial in identifying little-known works and convincing their owners to part with them: member countries directly solicited the institutions and private individuals pertaining to them, and provided their endorsement of the loan request.

In addition, the cost of transportation was provided not by the organizing country but, within a certain limit, by the loan country itself. Each country thus indirectly contributed to the exhibition’s budget, which also received financial support through Council of Europe grants. This system substantially complemented the funds allocated by the host country, and along with the facilitated capacity to borrow artwork, explains the substantial number of works exhibited, often surpassing one thousand. Such projects could not have been completed by a single European state, and therefore represent an extraordinary demonstration of cultural cooperation.

Showing the Historical Unity of Europe

Produced with the cooperation of various countries in the Council of Europe, these exhibitions sought to use artistic production to underscore everything that historically connected the states and regions that make it up: the stated objective was to “make Europeans aware of their cultural heritage, and to thereby help to create a spirit of union” (supplement to the News from the Council of Europe, December 1960). Many of these exhibitions were therefore interested in artistic movements that had a Europe-wide impact: the 1955 exhibition in Amsterdam was devoted to Mannerism, the 1956 exhibition in Rome to the seventeenth century, the 1958 edition in Munich to rococo, and the 1959 edition in London to romanticism. What was actually being proposed was a “collection of the ‘rich hours’ of the continent” (Jean Petaux).

The constant desire to demonstrate European unity can also be seen in the choice of objects presented to the public. The first exhibition, which was devoted to humanism, touched on the development of this cultural movement in Renaissance Europe, but proposed few works connected to religious questions, in order to avoid reminders of the controversies and unrest that marked the continent at that time. The twenty-second exhibition in 1992, which focused on the Vikings, drew attention by extending until 1200—moving beyond the period of raids and including that of Christianization—a thereby affirming Scandinavia’s inclusion within Christian Europe. The twenty-fifth exhibition, held in 1998-1999 and focusing on the Bronze Age, stressed the importance of circulation at the time, and concluded: “as a unit, Europe is not a twentieth century invention. It already existed over 3,000 years ago.”

This pro-European approach, which was deliberately sought by the Council of Europe, was supported by the collegial examination of projects, as representatives from the different countries involved ensured that no exhibition was limited to an overly national approach. France proposed to organize one in 1989 on the occasion of the bicentennial of the Revolution, but was prompted to ultimately give more space to the European Enlightenment. Each organizing country nevertheless chose an artistic movement in which it had played an essential role, and that had helped project its influence abroad. For lack of such a subject, Sweden secured approval to showcase a European figure, which it did by organizing an exhibition on Queen Christine of Sweden in 1966, one year after an exhibition was held on Charlemagne. Taken up in 1980 by Italy, which hosted a major event on Medici Florence and Tuscany, this idea inspired the exhibition on Otto the Great held in Magdeburg in 2001. This was part one of the twenty-seventh exhibition, with part two exploring the centre of Europe around 1000 AD, simultaneously proposed by Budapest, Krakow, Berlin, Mannheim, Prague, and Bratislava. This topic was not chosen by chance, as it evoked the Christianization of these areas and their relations with the Ottonian dynasty, shortly before the fifth enlargement of the European Union in 2004: this historic presentation thus prefigured integration within the EU.

An original undertaking pursued for nearly sixty years, the Council of Europe Art Exhibition series was in no way a simple cultural operation. Planned in connection with senior museum and collection directors in member countries, whose regular exchanges surely had broader consequences, these events were conceived as demonstrations of the continent’s unity, with art history being mobilized for European construction. 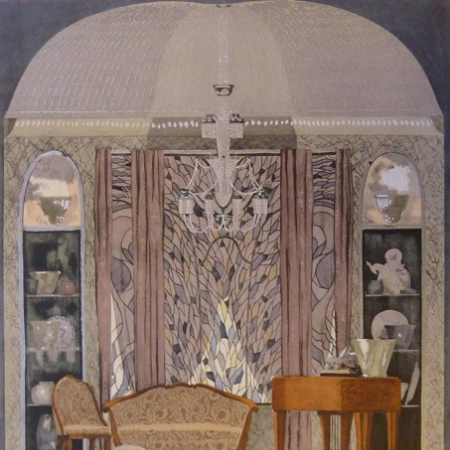 The International Exhibition of Modern Decorative and Industrial Arts of 1925