During the Middle Ages, the major European monastic orders were the first transnational organizations in the world, establishing an important network of monuments throughout Europe. The undeniable physical impact of their presence on rural and urban landscapes in medieval Europe was accompanied by the role these religious orders played in the diffusion of architectural and artistic forms and techniques, and by extension the construction of a European artistic and cultural history linked to the sharing of a material heritage. 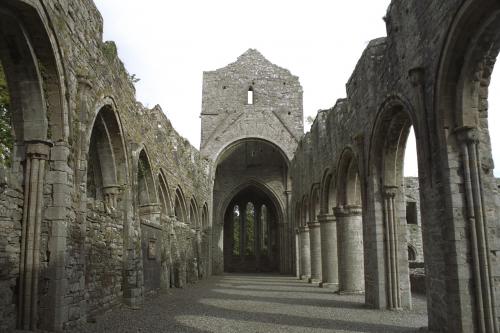 If asked to describe a monastery, people would perhaps not use the appropriate architectural vocabulary, but the image that would come to mind would very likely be that of the buildings, including a church, organized around a quadrangular courtyard with a vaulted passage on each side, the cloister. It is just as likely that in numerous European countries, from Ireland to Poland and Portugal to Scandinavia, this question would conjure up the same image, for monasteries founded in the Middle Ages—some still active today—rose everywhere on the European continent, built by orders with a claim to being the world's first transnational organizations, and embodying ideals and a spirituality renowned for its universality.

Today, these monuments represent a historical, architectural, artistic and cultural heritage, as demonstrated by their considerable ability to attract tourists, and as recognized by the classification of some sites as UNESCO World Heritage Centres. Although the great many vestiges of monasteries are the primary evidence for the material impact of monasticism in Europe, the latter goes far beyond this simple physical presence in today's landscape. These religious orders, which appeared between the sixth and twelfth centuries (in particular the Benedictines, Cistercians and Premontrians), along with the mendicant orders (Franciscan, Dominican, Carmelite and Augustinian friars) in the thirteenth century, gave rise to a genuine network of monasteries and convents—some operating under the authority of a centralized system of governance—and created an environment favourable to the circulation of people and ideas. Art and architectural historians as well as archaeologists have for a long time worked to study and interpret the material impact of these orders, notably by exploring their role in the diffusion of architectural and artistic techniques and forms, as demonstrated by the remains of monasteries present everywhere in Europe.

The historiography has sometimes provided a simplified image of the relations between monasticism and architecture, presenting Romanesque architecture as that of monasticism, and Gothic architecture as that of cathedrals, whereas Cistercians were once described as "missionaries" of the Gothic. This contradiction suggests a much more complex reality, not to mention the notion of the active and conscious role encompassed by the term "missionary." In reality, there were numerous factors governing the choice of such and such architectural form or decorative program, ranging from local practices and available materials to the influence of the benefactors financing the project. We can nevertheless observe and study phenomena of transmission through one order's network of buildings, or among numerous orders, notably within a given geographical group.

The expansion of the Cistercian order coincided with the transition from Romanesque style to a new artistic and architectural style, the Gothic. Although it has been shown, notably by Terryl Kinder in Cistercian Europe, that there is strictly speaking no "Cistercian style," the order’s organization and rise from its first foundations in Burgundy fostered the spread of certain architectural structures and forms along with artistic ideas and models which, just as with the know-how and the qualified personnel needed for their production, travelled by way of the order's system of filiation: affiliated monasteries often used the same masons, and the construction of Cistercian monasteries directly influenced, for example, the diffusion and development of the Brick Gothic characteristic of Northern Europe, notably among the monasteries of the Baltic coast, whose use of brick was directly imported from their Danish mother houses. Similarly, Lubiąż Abbey in Poland was the first Brick Gothic building in the country.

In fact, it was not rare for a Cistercian monastery to be one of the first Gothic monuments of a region, such as the Alcobaça Monastery in Portugal. In Ireland, Boyle Abbey in County Roscommon demonstrates the transition from the Romanesque style to the Gothic style in that country. The building was constructed between 1161 and 1220 and has semi-circular arches in the arcade separating the nave from the South side aisle and pointed arches in the South arcade. The adoption of Gothic art and architecture in Ireland ended in the thirteenth century, and its spread was clearly fostered by the rise of monastic and mendicant orders throughout the island. The political and economic context of the arrival of the Anglo-Normans in Ireland from 1169 is important here, for their efforts to colonize the country led, in the twelfth and thirteenth centuries, to a transfer of people and know-how, and to an influx of charity for continental orders. The architectural forms that appeared in monasteries founded at the time were indistinct from contemporary English examples, albeit simplified: the structures built were simpler and less decorated, with few elaborate iconographic schemes, just as English Gothic was itself less complex than its French model. It should be noted, however, that the first Cistercian abbey in Ireland, Mellifont (1142), was a daughter abbey of Clairvaux, with its construction being directed by a French monk architect who drew direct inspiration from the plans of the mother abbey.

The study of the history and architecture of monastic and mendicant orders on a European scale suggests that they served as vehicles for diffusion, albeit with agents who were more or less active. It is important to note that this phenomenon, even if identifiable and important in the context of European art and architectural history, does not for all that indicate the existence of a conscious policy of promoting a precise architectural model: there was no architecture specific to an order, nor a desire towards uniformity in their buildings. However, the whole of the principles governing the communal, spiritual and liturgical life of monks and friars, along with the architectural and decorative rules they inspired, constituted a general framework in which the construction of monasteries took its place. Monastic networks thus fostered the spread of technological advances as well as artistic and architectural modes throughout the medieval period and beyond, playing a crucial part in building traditions to which European countries belonged and therefore in the construction of a shared cultural and material heritage. 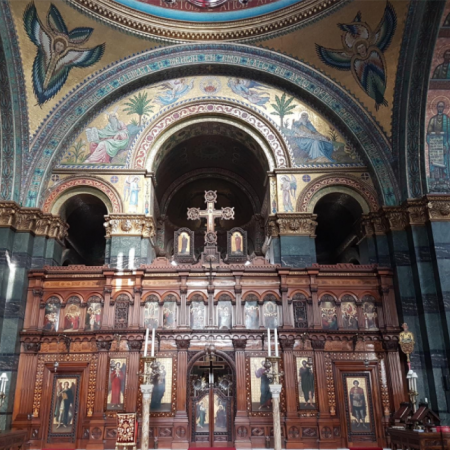 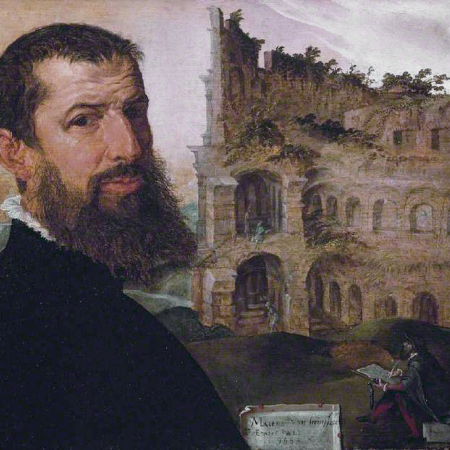 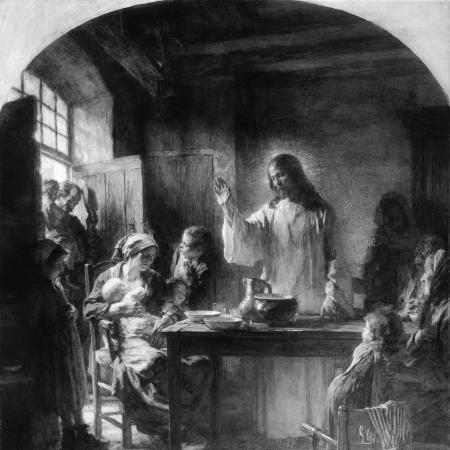 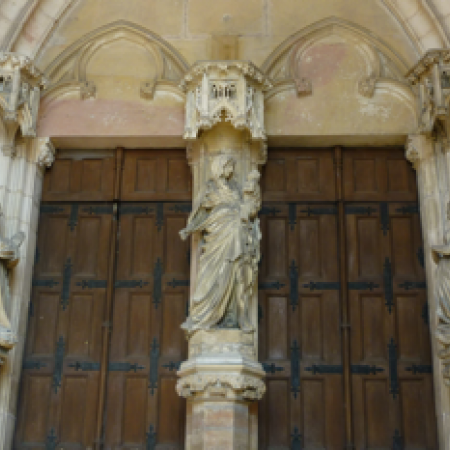