The symbiosis of European and American cultures enabled Hollywood to produce the greatest masterpieces of cinema, as filmmakers from Berlin and Vienna, during the 1930s in particular, brought their know-how and culture, which they adapted to their new environment. German expressionism, psychoanalysis and Viennese humour contributed to film noir, light and serious comedy, melodrama and the Western.

During the 1920s, German cinema showed the way for modernity, as the UFA (Universum Film AG) studio in Berlin-Tempelhof, the largest and most advanced in Europe, brought together the greatest talents, including the producer Erich Pommer, and the directors Fritz Lang and Ernst Lubitsch. The great Hollywood studios, which had offices in Berlin, sought to attract the most talented directors; for instance in 1922, Paramount brought Ernst Lubitsch (1892-1947), who became the uncontested master of the elegant American comedy, and the famous “Lubitsch touch,” but who also released a biting satire of Nazi Germany in To Be or Not to Be. Universal brought in William Wyler (Wilhelm Weiller) (1902-1981) that same year, Warner called on the Hungarian Michael Curtiz (1886-1962) in 1926, and Fox gave a contract to Wilhelm Murnau (1888-1931) in 1927.  Passed over by both Vienna and Berlin, Curtiz directed a series of masterpieces in America that have subsequently become classics, notably with the actor Errol Flynn, who starred in Captain Blood in 1935 and especially in The Adventures of Robin Hood in 1938. His most famous film is no doubt Casablanca (1942) with Ingrid Bergman and Humphrey Bogart. In 1930, Paramount hired Marlene Dietrich, whom Joseph von Sternberg (1894-1969) had encouraged to leave Germany after the success of The Blue Angel.

American cinema definitively took the upper hand in the early 1930s. Thanks to the increased power of banks, major studios controlled production, distribution and distribution networks, which opened an international market unparalleled in scope. At the same time, they were home to exceptional ferment and blossoming, thanks to the contributions of a second—and much larger—wave of immigration from Nazi Germany starting in 1933, and later from occupied Austria as well.

Starting in March 1933, in the aftermath of the speech by Goebbels, the UFA studio cancelled most of the contracts it had with Jews. Between one and two thousand people in the film professions (directors, actors and technicians) were forced to go into exile in Hollywood, some of them after a stop in Paris (for instance the director of The Cabinet of Dr. Caligari, Robert Wiene, died there in 1938). Those who did not leave were arrested: the actor Kurt Gerron (1897-1944), who played the owner of the cabaret in The Blue Angel, was deported to the Theresienstadt camp—about which he had to direct a propaganda film—before being exterminated in Auschwitz, where the poet and film producer Moritz Seeler (1896-1942) also died. Billy Wilder (1906-2002), the director of Some Like it Hot, who lost his entire family in the camps, said: “The optimists died in the gas chambers; the pessimists have pools in Beverly Hills.”

With the rise of Nazism, German cinema was deprived of its greatest representatives, such as Fritz Lang (1890-1976) and Joseph Mankiewicz (1909-1993), who was born in the United States but left to study in Berlin, where he translated subtitles into English for the UFA. The Austrian Otto Preminger (1905-1986), who directed Laura (1944) with Gene Tierney, also left Vienna in 1935 at the invitation of Fox, doing so shortly after Robert Siodmak (1900-1973), the film noir director (The Killers in 1946; The Great Sinner in 1949), who returned to Germany after the war with little success. Others who left included Douglas Sirk (1897-1987), whose wife was Jewish, and Billy Wilder, the master of comedies on sometimes subversive societal issues (after The Seven Year Itch in 1955, Some Like it Hot in 1959, One, Two, Three in 1961), along with tragic films (Sunset Boulevard in 1950, Ace in the Hole in 1951).

This list, which on its own is a synthesis of the golden age of American film, could also include the names of less famous exiles such as Curtis (Kurt) Bernhardt (1899-1981), who directed Sirocco with Humphrey Bogart, William Dieterle (1893-1972), and Henrik Galeen (1881-1949), who faded from memory after his exile. Finally, others only stayed in the United States temporarily, such as Max Ophüls (1902-1957)—who returned to Paris in 1950—and Alexander Korda (1893-1956), who ultimately settled in London.

In addition to directors, directors of photography should also be mentioned, such as Eugen Schüfftan (1893-1977), who invented the “Schüfftan effect” used in Metropolis, and Karl Freund (1890-1969), in addition to numerous composers of film scores, including Friedrich Holländer, who wrote the songs for The Blue Angel. Actors had a harder time in finding positions due to questions of language. Aside from Ingrid Bergman, who left in 1939, and Peter Lorre (1904-1964) and Hedy Lamarr (1914-2000), they were often reduced to accepting—in a twist of fate—roles as Nazis, especially after the United States joined the war in 1941. Conrad Veidt (1893-1943), who became famous in the starring role as the somnambulist in The Cabinet of Dr. Caligari, played a German major in Casablanca, which included other exiles such as Peter Lorre, Paul Henreid and Marcel Dalio.

Many directors experienced difficulty in having their projects accepted in the United States. Even Fritz Lang, who arrived in 1934, went two years without work before the success of Fury (1936), which analyses the uncontrolled fury of a crowd that wants to lynch an innocent man (Spencer Tracy), and can be seen as a transposition of Nazism. The director of Metropolis and M, under contract with MGM, never regained the status he had enjoyed with the UFA, despite shooting 24 films, some of which were openly anti-Nazi, such as Man Hunt (1941) or Hangmen Also Die! (1943), along with others influenced by the psychoanalysis of his native Vienna (The Woman in the Window, 1944; Scarlet Street, 1945; Secret Beyond the Door, 1948).

German exiles were initially offered B movies, especially horror films and film noir, in which they used the techniques of German expressionist film. The use of highly-contrasting lighting over areas of darkness—like the dark side of human nature—often at night, along with often rainy urban settings, or the presentation of women of ambiguous status, created an oppressive climate felt by exiles, and adapted to the prevailing atmosphere of these post-war years. The year 1944 brought a wealth of masterpieces: Double Indemnity by Wilder, Laura by Preminger, and Woman in the Window by Lang.

They would subsequently gain access to all American genres, including the Western (Rancho Notorious by Lang, High Noon by Zinnemann, River of No Return by Preminger, etc.). Douglas Sirk (Detlef Sierck), who went to the United States in 1939 and enjoyed early success in 1943 in the anti-Nazi film Hitler's Madman (with director of photography Eugen Schüfftan), produced a series of flamboyant melodramas during the 1950s (A Time to Love and a Time to Die based on the novel by Erich Maria Remarque in 1958, and Imitation of Life the following year) that made him a genuine creator within the genre. It was thus this symbiosis of cultures, due in large part to the forced exiles of the 1930s, that enabled Hollywood to produce some of the greatest masterpieces of cinema. 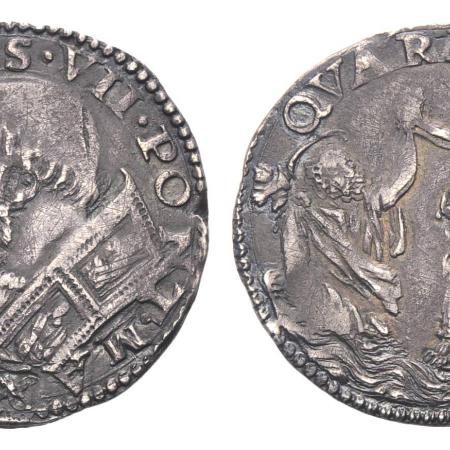