Anne LEPOITTEVIN
Home › Encyclopedia › Topics › Arts in Europe › Migration and artistic identities › The Sack of Rome (1527): the Triumph of Mannerism in Europe

The political accident that was the sack of Rome is a major landmark in the artistic history of Europe. Contemporaries insisted on its Protestant iconoclasm, which notably jeopardized the relics and sacred images of the Holy City, home of the Holy See and destination of pilgrimages. The sack dispersed the successors to Raphael along with the other actors of the first generation of Mannerists, thereby bringing about the immediate diffusion of the first Roman—as well as Florentine—manner, initially towards the main courts of Italy (1527 and 1528) and later to those of France (Fontainebleau) and ultimately Europe. 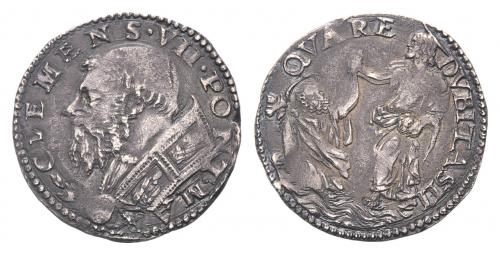 The year 1527 is as important a date for early modern Italy as Saint Bartholomew’s Day (1572) is for France. 1527 is also an important date for Europe, as the sack of Rome has been seen for nearly 500 years as an essential break in the continent’s political, religious and artistic history. The sack made the Council of Trent necessary. In art, first Luigi Lanzi and later André Chastel in particular showed how a political event precipitated the diffusion of Mannerism, the first style to rapidly enjoy European success.

The facts are well known. France and the Holy Roman Empire were competing for domination over Europe, and especially over Italy. Shortly after the Battle of Pavia (1525), Pope Clement VII Medicis agreed to rally the League of Cognac, which had been gathered by Francis I of France against Charles V. The imperial troops commanded by the Connetable de Bourbon descended on Rome and occupied it with little resistance on May 6, 1527. Ten days later, the Florentines took advantage of the opportunity to expel the Medici and restore the Republic. History has not forgotten the humiliation of pope Clement VII, who was initially entrenched in the Castel Sant’Angelo, and later fled to Orvieto after a six-month siege. With neither command (the Connetable died on May 6) nor pay, imperial troops subjected the city to a sack of unbelievable violence, which ended only in February 1528. The human toll was overwhelming, with killings, famine, plague, and exodus depriving the City of four-fifths of its population. The material toll was not far behind, as buildings and many stained-glass windows and tapestries were damaged and sometimes destroyed, while gold and silver objects were melted, and collections dispersed.

The sack of 1527 had an immediate impact due to the rise of recently developed “mass media” (Chastel). Beginning in 1517, the printing press had enabled Luther to spread his ideas. In 1527, Europe followed and either lamented or mocked the trials and tribulations of Rome, the caput mundi (“head of the world”) that had suddenly become coda mundi (“tail of the world”), to use Aretino’s phrase. The literature on the subject could have compared this chiefly political event to the earlier sack of Rome (1084), which had already involved a confrontation between the emperor and the pope, but accounts instead turned the events into a war of religion. Ten years after Luther’s assault against indulgences, Rome appeared to be profaned by troops consisting notably of Lutheran lansquenets, who believed that the Holy City was Babylon and the pope “the great red whore” that were mocked in antipapal broadsides and engravings, notably by Cranach. The Christian treasures of Rome, which was criticized for its immoderate taste for pagan antiquities, were also apparently sacked, at least that is what the conflicting accounts of contemporaries emphasized: the rabble of soldiers apparently desecrated the relics of Christ (the Veronica and the Holy Foreskin) and saints (the heads of Saint John the Baptist, Saint Peter and Saint Paul) that pilgrims would come to venerate. Images of saints were also vandalized. Luigi Guicciardini, brother of the great historian of Florence, related that “we saw many holy paintings and sculptures put to the sword or burned by fire, many crucifixes broken by harquebuses and lying miserably on the ground, mixed with the manure and faeces of the ultramontanes.” André Chastel and more recently Charlotte Guichard, have studied the graffiti left by the lansquenets in the rooms of the Apostolic Palace and the villas of Curia dignitaries, such as the Villa Farnesina and the Villa Lante. It took a long time to reconstruct the image of Rome, with contributions from artworks such as The Last Judgment, commissioned from Michelangelo in 1533 (the Vatican, Sistine Chapel), and coins and medals by Cellini, which reminded of Christ’s support for his Vicar (see illustration). The doctrinal response reaffirmed the status of relics, as well as the validity of sacred art. Papal power, which was rebuilt over the course of the sixteenth century, emerged strengthened.

The fact remains that the sack put a brutal end to an artistic golden age, the Clementine style that had developed in Rome since the coronation of the Medici pope (1523). Chastel described the circle of men of letters and artists that surrounded the pontiff’s secretary, Paolo Valdambrini, which notably included the students of Raphael (Giovanni da Udine, Perino del Vaga, Polidoro da Caravaggio), Sebastiano del Piombo, and the young Rosso Fiorentino and Francesco Mazzola (Parmigianino). This refined circle, which gently detached itself from Raphael’s legacy, left emblematic works such as the last frescoes of the room of Constantine (the Vatican), and Rosso’s Dead Christ with Angels (Boston, the Museum of Fine Arts). In 1527, members of the circle were killed (Marco Dente, the promising student of the engraver Marcantonio Raimondi), others were made prisoner (Parmigianino, Rosso), and yet others took part in the fighting (Benvenuto Cellini); numerous workshops were pillaged (Marcantonio Raimondi) and works such as Rosso’s Dead Christ with Angels changed hands.

The sack thereby contributed, in paradoxical fashion, to the triumph of the “manner.” Artists had already fled the austere Rome of Adrian VI in 1522, and in 1527 dispersed due to the brutal interruption of commissions and worksites. The exile of this first generation of Mannerist artists is a landmark in the history of artistic transfers, because Mannerism—a courtly art of stylish style—was exported beyond its first capitals (Rome and Florence). In Italy, engravers, architects, painters, and sculptors left for the courts and artistic centres of Mantua (Marcantonio Raimondi met Giulio Romano there), Sienna (Baldassare Peruzzi), Bologna (Parmigianino), Genoa (Perino del Vaga), Venice (Sebastiano Serlio and Jacopo Sansovino), Naples, and Sicily (Polidoro da Caravaggio). Rosso became a truly itinerant artist (Perugia, Città di Castello, Borgo Sansepolcro, Arezzo, Venice) before taking refuge in France. Florentine political troubles and the peace signed in 1530 subsequently promoted the diffusion of Mannerism outside of Italy. It made its way to foreign courts, notably Fontainebleau, where Giovan Francesco Rustici and Luca della Robbia the Younger arrived in 1528, Rosso Fiorentino in 1530, Francesco Primaticcio in 1531, and finally Cellini in 1540. These artists gave rise to the first school of Fontainebleau—Francis I of France had also invited Michelangelo. Mannerism also spread beyond the courts where artists settled for the long term. Diffused by prints, as the works of Raphael before them, this style also travelled with artists, who went from city to city to create temporary decorative sets. We notably know about the case of feigned architecture that provided the royal entries of princes with the pomp of Roman triumphs. The European nature of the movement—the artistic lingua franca of humanist courts—has been particularly emphasized since the Second World War, in an effort to (re)construct a European artistic identity. 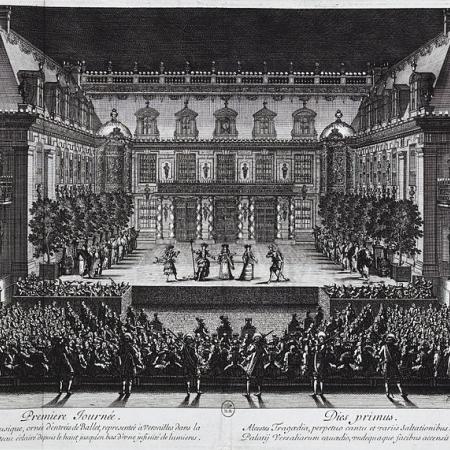