Beginning with the Renaissance, interest in ruins focused on the monuments of Antiquity, before including all of the remains of the European past. The Enlightenment helped give birth to the new discipline of architectural conservation, because ruins then began to be regarded as aesthetic objects as well as mere historical records. Archaeological studies and measures for protection increased over the following centuries, as did the categories of ruins considered to be monuments or objects worthy of conservation. Certain ruins created by voluntary destruction, natural catastrophe, or abandonment were added to what were referred to as romantic or archaeological ruins. Today, ruins—edifices whose structure is seriously damaged—continue to spark great interest among professionals and visitors, while guides and administrators of heritage tourism have replaced the artists and writers of the past. 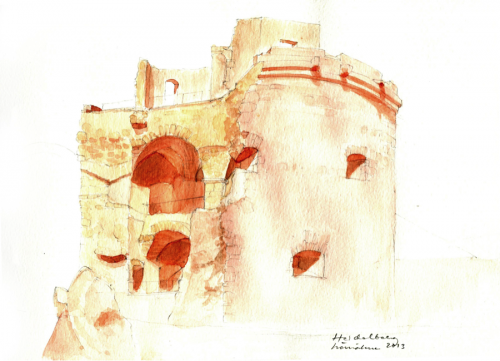 Heidelberg Castle, watercolour drawing. Plundered in the late seventeenth century by the French during the War of the League of Augsburg, the gutted towers from the ruins of Heidelberg Castle are a work both “of time and of man,” in Chateaubriand’s sense. 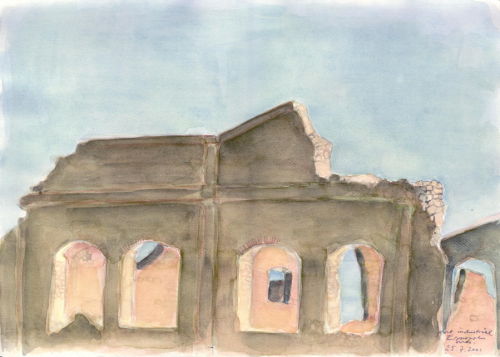 Syros, Cyclades, watercolour drawing. © Tuija Lind, 2001. In the late twentieth century, even ordinary ruins spark interest, such as those of an abandoned factory. All ruins foster curiosity, as they allow the eye to pierce through their walls.
Summary

Beginning with the Renaissance, ruins gave rise to the multidisciplinary studies of humanists and artists, who prepared the way for the modern notion of heritage. Interest was initially focused in Italy on the monuments of Antiquity, before including all remains of the European past and reaching countries where Greco-Roman culture never took root. As a result, remains of the Middle Ages and traces of prehistory also became subjects of research and sources of inspiration for scholars and artists of all origins. Beginning with the seventeenth and eighteenth centuries, aesthetic ruins adorned the backgrounds of landscape paintings and served as backdrops for garden design. Despite this interest in the subject, they were nevertheless chiefly places of pillaging.

Their golden age came during the Enlightenment, which marked the birth of the romantic ruin, which is to say a monument that existed not only as a record of the past but also as an object in and of itself. According to Diderot and d’Alembert’s Encyclopédie, a “ruin pertains solely to palaces, lavish tombs, or public monuments.” Ruins, which were created by the passage of time, thus acquired a genuine status as an aesthetic object.

It was in this new atmosphere of the late eighteenth century that the discipline of architectural conservation became established, with the purpose of safeguarding monuments and conserving the values and memory of the past as they were inscribed in old stones. As a result, ruins gradually became objects of study as well as sources of information and training for architects, archaeologists, and art historians. Many of the ruins that were part of the Grand Tour were inventoried, measured, drawn, studied, and described at the turn of the eighteenth and nineteenth centuries, such as the buildings of the Acropolis in Athens by the Englishman Nicolas Revett (1720-1804) and James Stuart (1713-1788) and the ruins of Pompei by the Frenchman François Mazois (1783-1826).

A great deal of other research was also conducted, for instance the work of residents of the French Academy in Rome. These efforts were followed by measures of protection that banned the use of ruins as quarries and led to the disappearance of the legal occupation of merchants selling marble and ancient cut stones.

Since the nineteenth century, the word “ruin” has taken on various meanings and thoughts depending on the context. Romantic ruins, considered by Chateaubriand to be “the work of time,” are major monuments of the past that have undergone a slow degradation. The Abbey of Jumièges and Heidelberg Castle are excellent examples, even though one must choose the appropriate moment to discover their sublime and romantic nature: dawn, dusk, or a rainy day when there are no crowds. This brings to mind Diderot, who advised Hubert Robert to place fewer figures in his painting Grande galerie éclairée au fond (1767), and to keep only those that “will add to the solitude and silence.”

The second category, which Chateaubriand entitled “the work of man,” consists of ruins resulting from a voluntary or brutal destruction, which relates to the destruction caused during the Revolution, and today to the cities and monuments bombed during wars. These ruins evoke an irremediable loss; they shock the public and remind it of the events that caused the loss, from the Reformation and revolutions to the more recent massacre at Oradour-sur-Glane. However, the evocative powers of ruins fade when the missing sections are rebuilt, as in the Frauenkirche in Dresden. Ruins of natural catastrophes also prompt the same type of feeling.

Other types of ruins nevertheless escape this classification. The ruins unearthed by archaeologists in the name of research and science belong to a much less emotional category than the preceding examples, with curiosity taking the place of the beautiful and melancholy.

There are also artificial ruins that appeared in English garden design of the early eighteenth century. These artistic and voluntary constructions of ruins, referred to as false or fabricated ruins—or follies—spread throughout Europe with the trend for landscaped gardens. Similarly, in recent decades some industrial and military buildings have taken on the status of ruins, in the sense of a curiosity or a record of the recent past. These buildings have permanently lost their original use, while continuing to mark the European landscape due to their monumental nature or material resistance. For example, the green belt created in the Ruhr valley serves as a giant landscaped garden, whose follies are the abandoned factories. On France’s Atlantic coast it is the bunkers made of reinforced concrete, gradually sinking into the sand, that take on the form of enormous architectural follies.

The philosophy of ruins is thus complex and evolving, even though the ruin as a technological object has, on the contrary, a very simple meaning: any building that, for one reason or another, is so dilapidated that ordinary repairs would no longer suffice for its use. The degradation of a building thus follows the laws of nature, according to a process described by the English poet William Shenstone with regard to gardens: “Once finished, the work of a builder deteriorates, while that of a gardener immediately begins to develop.” In truth, the solidity of the original construction is the primary factor that determines the length of its deterioration into a ruin, although buildings whose ruin was not initiated or assisted by humans are rare. In England for instance, the ruins of certain religious buildings, which are admired today for their picturesque and sublime qualities, are in fact the result of voluntary destruction that occurred during the Reformation in the sixteenth century. Not all buildings leave behind ruins. In order for a construction to become a ruin, it must be constructed with materials that are capable of aging. For example, a construction made of wood or earth cannot yield a ruin, for it is made of perishable materials. When all is said and done, a true romantic ruin should be old enough for the reason of its destruction to have faded from memory. On a technical level, the original building must be solid enough for its structure to remain standing when it is reduced to the state of a ruin.

All told, the history of the ruin as a monumental object is inseparable from the history of heritage and conservation. The early nineteenth century conservation projects and worksites connected to ancient monuments in the Forum and the Coliseum served as its precursors. It was beginning in this period that the question of how to restore ruins—that strange architectural category with no protective roofing and no use—was raised.

Since the late twentieth century, a large number of archaeological sites were added to the monumental ruins that continue to be visited now more than ever. These places continue to spark great interest among professionals and visitors. Tour guides and tourism administrators have replaced the artists and writers in the multidisciplinary approach towards the subject, which emphasizes the non-visible parts of ruins, which are monumentalized through various evocations, with varying degrees of success. 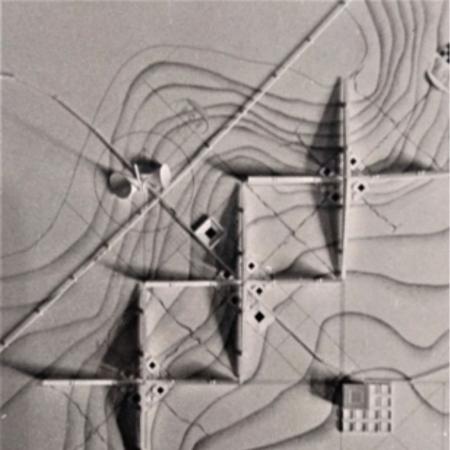 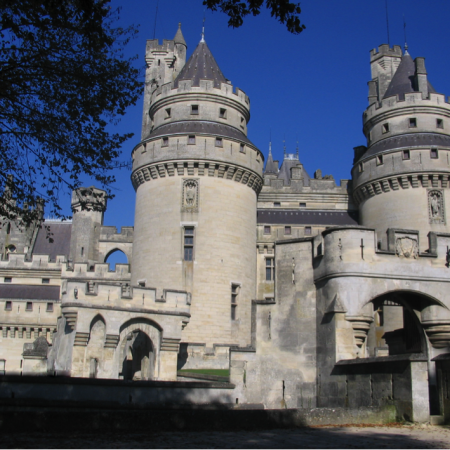 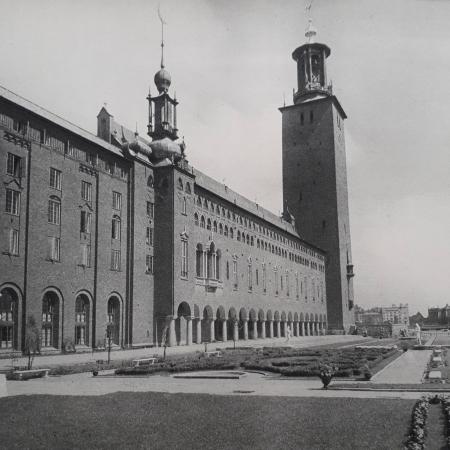 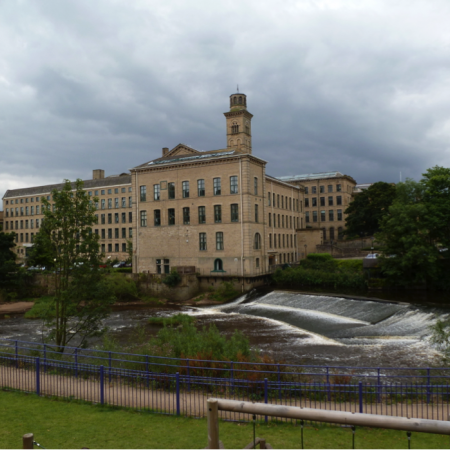