The Chernobyl nuclear accident of 1986 had considerable effects throughout all of Europe. It was a trauma in the history of the Soviet Union, one that revealed its vulnerabilities, cult of secrecy, culture of heroism, and ultimate failure to reform. It served as a foundational moment for new countries such as Belarus and Ukraine, and also reflected the differences in sociotechnological context among countries of the former Western bloc. These contrasting perceptions of the risks connected to radiation, which explain the highly variable reactions and mobilizations, were once again present during the Fukushima disaster in 2011. 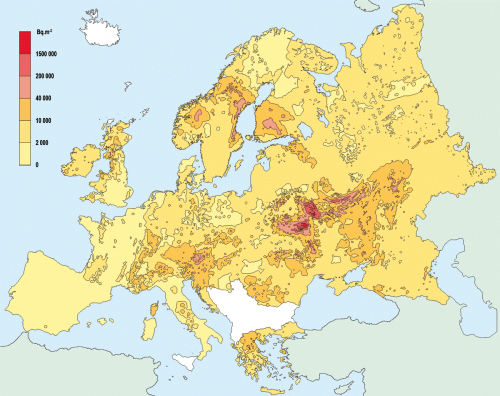 Map of Cesium 137 deposits across Europe. Source : Atlas européen EC/IGCE 1998 and IRSN. No data is available for the Balkans.
Summary

The word “Chernobyl” entered common parlance on both sides of the Iron Curtain: in Russia, Belarus, and Ukraine, where the worst nuclear disaster in history took place, as well as in the rest of the continent. It was a simultaneously Soviet and European disaster, one that took place in the late twentieth century, but continues to leave its mark on the twenty-first.

On April 26, 1986, an accident occurred at the Lenin Nuclear Power Plant in Chernobyl, located in the north of the Republic of Ukraine, 80km from the capital of Kiev. Due to a design flaw specific to its technology, reactor number 4, which had been put into service three years earlier, experienced a major thermal explosion during an experiment that was supposed to be under control, destroying part of the building. The fire from the meltdown emitted radioactive gas and dust, with the contamination equaling 500 times that of Hiroshima. It is important to go back to the 1950s in order to understand why this type of reactor was chosen by Soviet scientists, who were supported and directed by the party-state amid the height of East-West competition. Its advantage was that it was “dual purpose,” namely that it could produce electricity for civilian use but also plutonium for military use. Hence, there were multiple factors behind the accident, for in addition to the errors of engineers and technicians, there was a drive for profitability, in addition to the prestige of Soviet atomic science, a pillar of the regime.

Chernobyl was located in the Republic of Ukraine at the time, just a few kilometers from Belarus. The neighboring city of Pripyat, where staff lived with their families, was entirely emptied of its 50,000 inhabitants on April 27, in what was officially presented as a “temporary evacuation.” In this period of the Cold War, information was closely controlled—no news should leak out to the West. There was of course the materiality of the “Chernobyl cloud” of dust and gas, which combined with the masses of suspended water, shifting about for weeks and falling hundreds and even thousands of kilometers to the north and west, depending on prevailing winds and precipitation. The entire continent was affected, from the Atlantic to the Urals (map). On April 28, following the detection of unusual radioactivity in Sweden, Moscow disclosed the accident; the country was not informed of its gravity until the speech on Soviet television by Supreme Leader Mikhail Gorbachev (born 1931) on May 14. An additional 115,000 people were evacuated from the “exclusion zone” (4,800 km2), but the extent of the contamination remained secret, as the data were not published.

From the very first day began an effort to “liquidate the accident’s consequences,” the term used to describe the activity of the 600,000 firemen, soldiers, mine workers, and medical staff who performed work of varying degrees of danger. The most exposed, some of whom died within a few days or weeks, were subject to the heroization specific to official Soviet culture, which in this case was largely militarized, with the operative reference being the Great Patriotic War. Soviet society was encouraged to commemorate this “sacrifice.” The propaganda sought to mask the failures of authorities, and tended to obscure the risks people around the “exclusion zone” were exposed to, as shown by the accounts gathered by Svetlana Alexievich (born in 1948) in her Chernobyl Prayer (1997). The extent of radioactivity in these non-evacuated regions was revealed by the map published in March 1989 in Pravda, thanks to the dissident Andrei Sakharov (1921-1989). It shocked public opinion and further discredited the Soviet regime—already beset by a series of revelations regarding its Stalinist past—thereby precipitating its end, which came in 1991.

A new specter haunting Europe, but in unequal fashion

Chernobyl was a European disaster, although its impact varied considerably from one country to another. In France, the influence of the nuclear lobby limited official recognition of the danger, unlike West Germany or Poland, where measures were taken to limit the consumption of agricultural products (the FRG froze imports from the GDR at the time). Weather forecasts suggested that France had been “entirely spared the consequences of the fallout of radionuclides,” according to a communiqué from the French Ministry of Agriculture dated May 6, 1986. That same day, the international cycling event known as the Peace Race set out from Kiev, with France maintaining its participation (unlike the UK, the FRG, Italy, the Netherlands, and Yugoslavia). There is no need here to describe the German people as “romantic and in love with nature,” and the French people as “rational and in love with progress,” as indicated by Katrin Jordan in her analysis of press coverage from the time. In October 1986, a poll published by French news magazine L’Express showed that 52% of those surveyed in France wanted to stop building nuclear power plants (compared to 69% in Germany according to the Spiegel in May). This difference between the two countries was due to the fact that in the former, the accident was seen as a problem specific to the USSR, and in the latter as a domestic issue that must be debated publicly, as called for by the sociologist Ulrich Beck, who spoke at the time of a “risk society.” The absence of non-state counter-expertise organizations in France partly explains this contrast, despite the creation by researchers of the Commission for Independent Research and Information about RADiation (CRIIRAD) in May 1986. It also resonated strongly in Italy, where a 1987 referendum ended the electronuclear program.

The absence of a transnational epidemiological investigation explains the enduring uncertainty surrounding the assessment of the Chernobyl disaster. Some estimates mention 100,000 deaths or even more, while the World Health Organization has indicated approximately fifty direct deaths and a few thousand cases of cancer, figures that are deemed ridiculously low by the associations who provided assistance for those most affected (Belarus, Ukraine, Russia), as well as by a number of doctors. During the 1990s and 2000s, their discourse was accused by the International Atomic Energy Agency of causing more diseases through “radiophobia” than by radiation itself, an argument notably echoed in 2016 by the Russian News Agency TASS. Still today in Europe, as indicated by Karena Kalmbach, “any indication including figures on Chernobyl is perceived as taking a pro- or antinuclear stance.” In the countries directly struck by the disaster, the attitude of authorities has varied over time. The authoritarian regime of Alexander Lukashenko encouraged the population to return to the contaminated areas of Belarus. With respect to Ukraine, in 2018 it inaugurated a second sarcophagus (covering the one built urgently in 1986) financed by an international consortium—of which the European Union and the European Bank for Reconstruction and Development were the primary contributors—and encouraged disaster tourism to Pripyat, a new memorial site.

The socio-environmental controversies connected to Chernobyl, which the Fukushima accident of 2011 revived (prompting Germany and then Belgium to end their electronuclear programs in the mid-term, and Austria to adopt an “antinuclear” law), are still ongoing today. This is demonstrated by the global success of the British miniseries Chernobyl (2019), which was to a great extent inspired by Alexievich’s book, although some have deemed it overly “anti-Soviet,” especially in Russia. It remains an open question as to whether a neutral and shared memory of this disaster is possible in Europe. 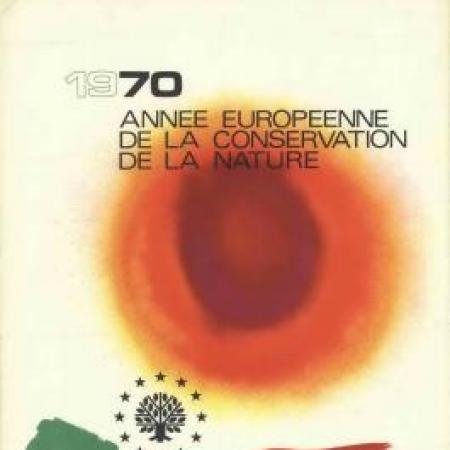 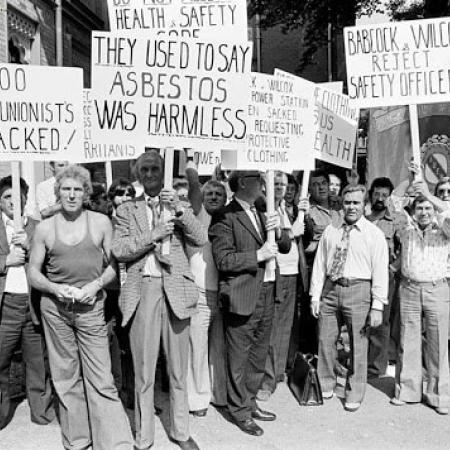 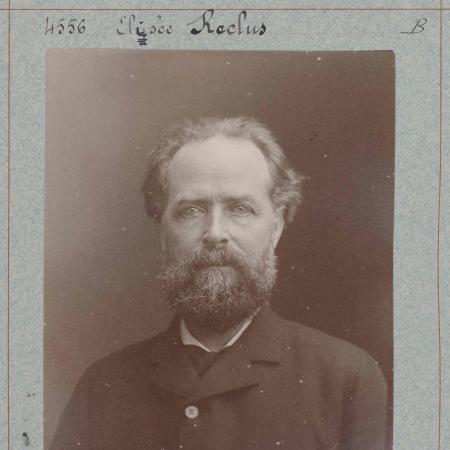