Used initially to describe the predatory economic logic at work in the management of natural resources in Latin America, the notion of extractivism refers firstly to the mechanisms of appropriation of nature that emerged in colonial empires, which were based on the massive export of raw materials toward metropoles. The term was adopted in various contexts, and continues to be used today to analyze North-South relations in particular. Nevertheless, this focus on (post)colonial worlds should not overshadow the fact that extractivism also helped shape the economic trajectories and environments of numerous territories in Europe. 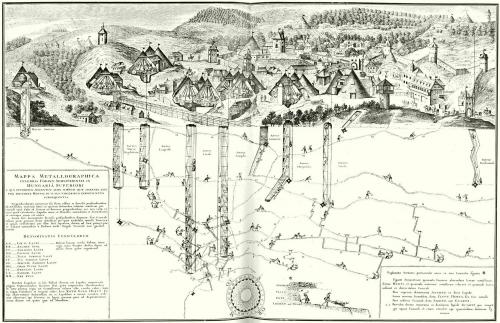 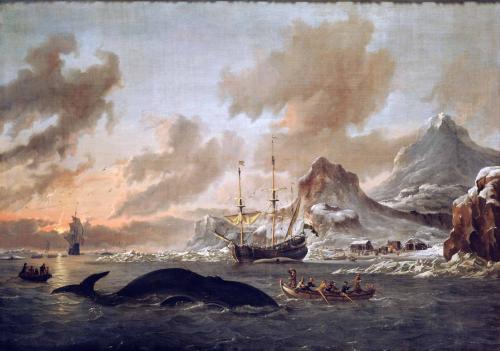 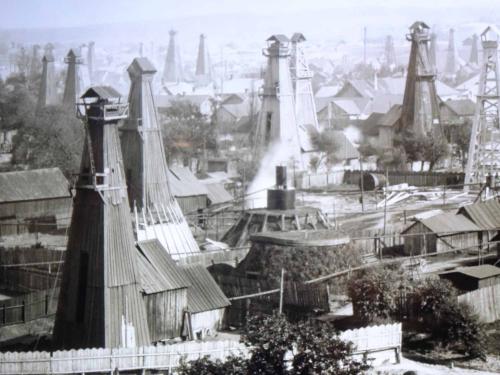 Extractivism in Europe after the Age of Discovery

While the notion of extractivism firstly brings to mind the mining sector, most authors agree on also including logging (the Brazilian term extrativismo originally referred to commercial harvesting in forests), as well as certain forms of agriculture and fishing. What is important is not the nature of the resources extracted, but rather how they are exploited and to what ends. The term extractivism is used when the resources are taken in large quantities primarily for sale on the export market, with little or no transformation. The notion also refers to non-renewable resources (coal, petroleum, metals and minerals, including offshore), as well as to resources that renew slowly or with difficulty (wood, fish, certain cultivated plants). The extent of the social and environmental impact is another central element in defining the term. Extractivism is often accompanied by irreversible damage to the environment (soil degradation, deforestation, pollution, loss of biodiversity, etc.), in addition to the dispossession of local communities, which are deprived of control over the resources in their living space to the advantage of generally foreign actors. For this reason, extractivism has much to do with forms of marginalization and even colonialism, placing peripheries under the domination of enterprising centers.

However, while numerous historians maintain that Europe chiefly built its power by exploiting such territories overseas, other authors such as Paul Bairoch have affirmed that the continent experienced largely endogenous economic growth until at least the mid-twentieth century, and consequently did not need remote peripheries to develop. Beyond controversial debates regarding the origins of Western hegemony, it is certain that historic reservoirs of raw materials in Europe are key to understanding the continent’s economic functioning (and hence indirectly that of the world) over the longue durée. This question was raised by Fernand Braudel in The Mediterranean and the Mediterranean World in the Age of Philip II (1949), which showed that Western Europe had initially found its “internal Americas” in the plains of the Mediterranean, in Scandinavia, and in the forests of Eastern Europe, before embarking on global conquest in the sixteenth century. Numerous territories subsequently continued to provide resources for the continent’s most developed regions. One example is the Tolfa Mountains in Latium, which between the mid-sixteenth and mid-seventeenth century massively exported “Roman” alum, used as a mordant in the cloth manufacturing industries of Northern Europe; the forest belt of the Baltic Sea, which provided colonial nations with “naval munitions” (marine timber, pitch, tar), and did not face competition from other parts of the world (Canada, United States, colonies in Asia) until the nineteenth century; and the region of Spitsbergen, a northern island in the Barents Sea that in the seventeenth century became an important supplier of the marine mammal oils (whales, seals, walruses) used for lighting, before being exploited for its coal in the twentieth century.

The social and environmental cost of extraction

To varying degrees, all of these territories experienced different forms of control, with short-, medium-, and long-term social and environmental harm as a result. For example, in the Kingdom of Poland-Lithuania, the massive extraction of wood contributed, in the sixteenth and seventeenth centuries, to reduced forest cover of unprecedented scope in this part of Europe, with entire forests being cut down to export potash for the textile, soap, and glass industries of the Netherlands, England, and France. In Saxony and Bohemia, the sixteenth-century silver “rush” in the Ore Mountains was accompanied by runaway deforestation and the pollution of rivers by wastewater, with significant impact on wildlife, a fact that was already denounced by the German scholar Agricola in his work De Re Metallica (1556). Populations suffered not only from such environmental degradation, but also from an extroverted reorganization of local activity that went hand in hand with marginalization and poverty.

The exploitation of resources could proceed at the initiative and benefit of actors who were more or less distant from the extraction site (patrician families of the Republic of Florence and the Papal States for the mining resources of Latium; Austrian, British, Belgian, and German companies for Galician oil at the turn of the nineteenth and twentieth century), and who were generally less interested in the long-term development of these territories or the improvement of standard of living for their inhabitants. However, while the “curse” of extractivism (see for example the work of Alberto Acosta) can be applied to certain European territories that long remained on the margins of progress, the overall diagnosis calls for nuance. In the nineteenth century and even more so the twentieth, the internal peripheries of the wealthiest countries enjoyed an implicit contract with central regions: on the condition of extracting the raw materials needed for the rise of industrial society and consumption, they enjoyed greater social and economic advantages that allowed them to take part in the welfare society. In Sweden for example, Norrland, which had been intensely exploited for its forest and mining resources since the late nineteenth century, enjoyed the redistribution policies of a social state guaranteeing a certain level of prosperity for its inhabitants.

Neo-extractivism and the rise of environmentalism

While Europe still very largely depends on imported resources, local extractive activities thought to be in the process of disappearing have once again come to the forefront. Over the last twenty years, the rapidly rising price of numerous raw materials has prompted certain countries to turn to extraction in order to finance their economy. This movement has contributed to the rise of a “neo-extractivism” that is characterized by the partial management of extractive activities by the state, for purposes of development and with a stated social objective. In fact, it is partly supported by the European Commission, which in 2008 launched a Raw Materials Initiative to ensure the EU’s supply in strategic resources—metals in particular—by securing non-European imports and by encouraging the mining activities of member states. While current forms of exploitation can seem less predatory than those of the past, due to the higher social and environmental requirements imposed since the late twentieth century, the specter of a destructive extractivism remains firmly present.

Since 2010, programs to put gold mines back into service—or to open new ones—have led to opposition movements in Romania, North Macedonia, and Greece, where part of the local population, with support from NGOs and sometimes municipal authorities, has opposed the arrival of the Canadian and Australian multinationals that their states had initially favored. The fear of possible cyanide pollution or the devastating consequences of excavation have overridden hopes of job creation, leading to the abandonment of certain projects. The prospects of shale gas or coalbed methane exploitation have also sparked animated debates in Poland, France, Romania, Bulgaria, and Ukraine, where protests have led states to suspend and even ban certain methods, such as hydraulic fracturing, which has been decried for its impact on the groundwater table and subsoil. However, not all ambitions have disappeared, for in January 2021 the French government declared that it would shortly issue a decision regarding drilling in Moselle. In certain places, such as Cumbria (England), coal itself it making an unexpected comeback.

Fitzpatrick, Matthew, Monteath, Peter, “Expansions and Contractions: The Internal and External Frontiers of Europe,” Australian Journal of Politics & History 56, no. 3 (2010): 329-335.