The herbal: an instrument for controlling nature (sixteenth–eighteenth century)

Since the sixteenth century, the herbal or herbarium has served as a heuristic tool built on a body of vernacular knowledge both old and new, whose stages of identification, classification, and representation via engravings or drawings led, over the course of two centuries, to the science of botany. As books describing plants through texts and sometimes images—or as mediums for their conservation—herbals are objects of material and visual culture that became instruments of power for the authorities that commissioned them. They instilled a climate of scientific competition between the countries producing knowledge regarding plants, especially within the context of scientific expeditions and colonial plantations, and therefore in connection with economic and sanitary policies. Through a long process of investigation and taxonomy, herbals are a reflection of Western societies and their ideologies. They paved the way for theories of classifying stereotypes—some of which are finalistic or ethnocentric—regarding races, species, and genders. 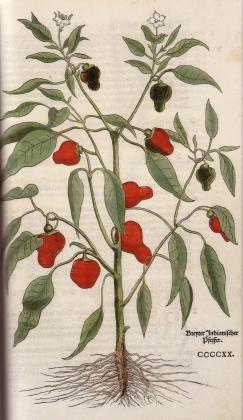 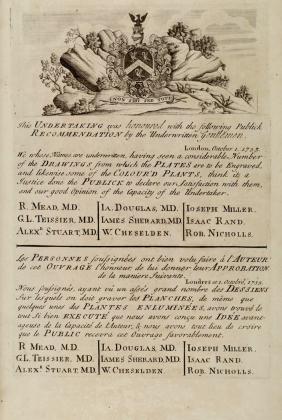 Herbal by Elizabeth Blackwell, including endorsements of the book by 9 male scientists, in A curious herbal: containing five hundred cuts, of the most useful plants, which are now used in the practice of physick engraved on folio copper plates, after drawings taken from the life / by Elizabeth Blackwell. To which is added a short description of ye plants and their common uses in physick published in London in 1737. Source : Wikicommons.
Summary

Printed herbals have recently drawn renewed interest from both the history of science and cultural history. They have been approached as objects for the theoretical and practical transmission of scientific knowledge, situated within a political context favorable to knowledge, as well as to what some have called the colonization of nature.

In the sixteenth century, botany was established as a science in Europe through critical translations into vernacular languages—by naturalists such as Pietro Mattioli or Jean Ruel—of works from Antiquity by Dioscorides and Pliny the Elder. For the philological naturalists of this period, understanding the world of plants entailed pursuing natural history for utilitarian purposes (medical uses), namely by providing commentaries on ancestral knowledge. Philosophia naturalis was still the most common approach among humanists, and allowed for the study of physis (nature) within the cosmos, or well-ordered universe. The print revolution provided herbals with an elite audience that went beyond academic circles, and promoted the circulation of knowledge from one country to another, as demonstrated by the herbals of the monk Charles Plumier, or the correspondence and collections of the American botanist Jane Colden. This material and textual revolution also paved the way for a visual transmission of knowledge through large illustrated plates in treatises on botany, which observe the plant for what it is rather than simply stating its healing qualities. In the vein of autopsia, the naturalists began to examine and classify plants according to the biblical imaginary of the Chain of Being, taking note of their diversity and environment.

A classification process for living things

It was in developing a science of description that naturalists studied plants as a specimen of a species, by taking their environment into consideration. Herbals became important instruments for discovering and cataloging nature.

Herbals of plants that were dried and pressed between two pages, such as those by Ulisse Aldrovandi (1522-1605) and Luca Ghini (1490-1556), emerged in a society in which theoretical knowledge went side by side with the material study of plants. Naturalists initially dealt with local flora and a wide variety of species, such as Joseph Pitton de Tournefort’s Histoire des plantes qui naissent aux environs de Paris (Paris, 1698). The first plants from the new colonies were described in late sixteenth-century herbals, with the establishment of plantations leading to increased botanical exploration in the seventeenth and eighteenth centuries. It was no longer a matter simply of knowing, but also of recognizing and possessing, with a view to increasing the renown of scientific institutions such as the Jardin du Roi or his Cabinet d’histoire naturelle. The process of classification became more systematic, transitioning from simple alphabetic order to classification by pathologies treated, and ultimately to a genuine taxonomy.

During the identification and typification of plants, naturalists ran into the problem of nomenclature, and resorted to the use of etymology: numerous plants subsequently inherited names drawn from symbolic analogies, or from vague similarities with parts of the human body or other living beings, in the tradition of the theory of humors and signatures. These questions were the subject of scientific debate on a European scale. Carl von Linnaeus (1707-1778) founded his binomial nomenclature system on a hierarchy inspired by fixist naturalist thinking, in which living species were created by the hand of God in accordance with Genesis, without ever evolving.  In contrast, in France Jean-Baptiste Lamarck (1744-1829) imposed within herbals his transformist theory founded on a natural evolution of living beings, in which organisms adapt and become more complex. This awareness of the diversification of species drove Charles Darwin’s theory of evolution and natural selection among plants in the nineteenth century.

New categorizations thus emerged over the long term within mentalities since the Renaissance: the attribution of gendered and sexual characteristics (male/female), physical criteria connected to plant organs (color, shape, asperity, etc.), determinants of families and species, and descriptions of provenance (wild plant, domestic plant, etc.). These artificial categories for describing the natural world proceeded from a painstaking examination of herbals, although this hierarchy was not without a sociopolitical foundation.

An instrument of power, control, and sometimes emancipation

While a fairly male and elitist domain, the creation of herbals nevertheless contributed to women’s emancipation through the practices of drawing and gardening, which Jean-Jacques Rousseau considered innocent practices in his Letters on the Elements of Botany (1771), whereas he reserved the actual science of botany for men. Herbals by women adopted distinctive stylistic features, such as the collages of Mary Delany (1700-1788), but were nonetheless successful in asserting themselves in academic circles. A Curious Herbal by Elizabeth Blackwell (1707-1756) contains five hundred plates of plants drawn from life. Anna Maria Sibylla Merian (1647-1717) was among the first women to set sail for the colonies to explore Suriname, where she observed the metamorphosis of insects and exotic plants, drawing on her experience as a botanical illustrator for the publication of the New Book of Flower/Neues Blumenbuch from 1675-1677. Jeanne Barret (1740-1807) had to dress as a man in order to create an herbal on Bougainville’s ships with Philibert Commerson.

Herbals were commissioned by royal authorities via scientific institutions. They emerged more fully in the seventeenth century at the Jardin du Roi with the Cabinet d’histoire naturelle in Paris, and in other major European capitals, such as London and the Royal Society. The herbal from the National Museum of Natural History in France drew its collections from Jussieu, Adanson, and Lamarck, whose specimens came in very large part from the colonies. Herbals were firmly in keeping with the colonial machine, and were dependent on the slave trade. Naturalists called on correspondents in the colonies who collected hundreds and even thousands of plants in their names. These collectors were mostly workers or slaves receiving very low wages. The desire of scientists and public authorities to collect and commercialize everything—using the knowledge of herbals to meet Western demand—sometimes led to absurd acclimatization, devastating clearing operations, and weakened certain species. For example, Pierre Poivre undertook a vast conservation program for the natural heritage of Mauritius in the eighteenth century, as deforestation sparked what he called desiccation, a drying out of the soil and impoverishment of the flora. However, the objectives of such planning were primarily economic, taking inspiration from the work of the physiocrats.

Some studies of plants were integrated within projects for public health policies, which aimed to avoid epidemics and epizootics, as well as to end the food scarcity of the seventeenth and most especially the eighteenth century. Still, herbals were not exclusively instruments of health policy, as they were also part of the economic and scientific competition between the nations behind nascent colonialist empires. Herbals subsequently engaged in one-upmanship with regard to species, with over 4,000 plant samples being included by Gaspard Bauhin (1560-1624), and over 30,000 specimens from the three kingdoms of nature by Michel Adanson (1727-1806). 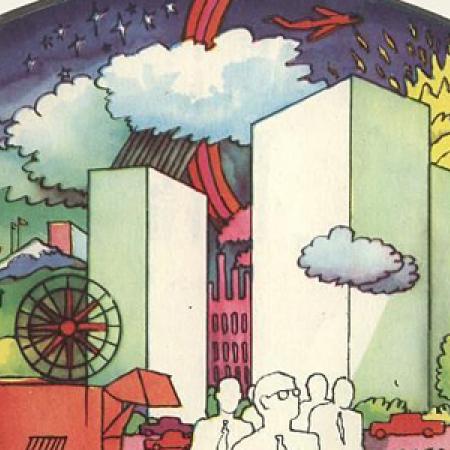