Climate change research in the Soviet Union and Russia

Climate and weather as research topics have a long tradition in Russia. Since the 19th century these research areas have helped to expand the Russian empire, to equip it with the necessary infrastructure, to run agricultural production and later in the 20th century to be better able to control military manoeuvres. The climatic diversity of the giant land masses, which stretches over 10 different climatic zones offered scientists plenty of research opportunities. One distinct feature of climate change research in Russia and the Soviet Union was its particular approach to the extent of the human impact on the Earth’s system. 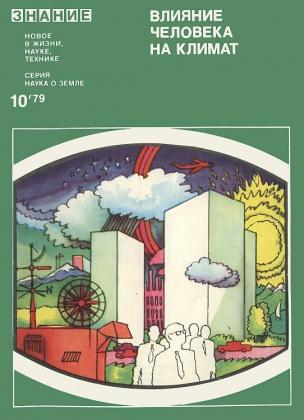 From climate wars to climate change

Long before global warming was taken seriously, the idea to modify the weather and the climate intentionally through different technologies prevailed in the Soviet Union as well as in the United States. While in the beginning the main aim consisted of improving weather conditions adverse for agriculture or the economy, weather modification was later intended also intended for warfare. In the Soviet Union, most ideas evolved around removing the arctic ice sheet to make the region economically more profitable or around hail prevention systems to protect the crop. For instance, in the 1930s scientists suggested to carry away the arctic ice with the help of big tanks and in the 1950s others suggested to stray black sand across the ice to make it melt through the sun radiation. Others, more sophisticated ideas included to shot aerosol rings into the orbits to heat the arctic region or to pump warm water from the Atlantic Ocean into the Pacific. By the early 1960s climate modification had become an urgent state affair and was coined the most urgent problem of Soviet science. Since then, the US and the Soviet Union were involved in large weather modification projects financed by their militaries. The disclosure of Operation Popeye during the Vietnam war (1967-1972), that provoked heavy rain falls through cloud seeding, led to the Environmental Modification Convention in 1977 prohibiting the military use of environmental modification techniques.

Stealing the human factor: Soviet understandings of global warming through the geological past

In the early 1970s, scientists on both sides of the Iron Curtain began to realise that the climate was already changing through inadvertent human influences. That changed the research focus away from climate modification towards understanding the warming of the planet. As a consequence, both countries engaged in a long lasting bilateral scientific collaboration on climate change from 1972-1995 within the framework of the US-USSR Agreement on the protection of the environment. In the Soviet Union this type of research was closely managed and controlled under the umbrella of the Soviet Hydrometeorological Services (Gidromet) and was only later conducted at the Academy of Sciences. In contrast to the United States, where scientists worked already since the mid-1970s with powerful high-speed computers to calculate the future warming, Soviet climatologists, in particular Mikhail Budyko (1921-2000) based their scenarios on paleoclimatic reconstructions. It meant to take climate of past geological epochs, such as the Pliocene (3-5 million years ago), as analogues for the climate of the 21st century. Budyko and his team, did acknowledge the burning of fossil fuels as the main driver of the rise in temperature. In fact, Budyko was the one of the earliest pioneers to do so with certainty already at a conference in 1971. But by basing their calculations on an epoch in the past, in which humans did not exist yet, it appears that Budyko and his team took out the anthropogenic factor and thus the uniqueness the climatic changes of their models entirely. Furthermore, in contrast to Western models, their calculations showed that regions in the Northern Hemisphere will benefit from global warming through a significant increased agricultural output, which would compensate for any negative effects. Unlike in the West, climate change was thus not regarded as a threat in the Soviet Union, but a blessing. To stop it forcefully, as was suggested since the Villach conference in 1985, when a global scientific consensus on anthropogenic climate change was established, would be a “crime against humanity” as Mikhail Budyko put it once during a conference in Hamburg in 1989. While his ideas were based on his scientific calculations, they were, of course, much welcome and supported by the Soviet government that showed no interest in changing its fossil fuel-based industry.

Research was supported by the Soviet state because of the international traction the topic gained but also due to the significance for the national economy. Larger funding began, when in 1975 the Hydrometeorological Service created the Department of climate change at the State Hydrological Institute in Sankt Petersburg led by Budyko. After the government of the United States had announced its intention to adopt the National Climate Program Act in 1978 and following the World Climate Conference in 1979, the Soviet government launched a large collective climate change research programme in 1980 “To develop a methodology of assessing possible climate change and its impact on the national economy“. It included a cooperation among 24 Soviet research institutions belonging to either Hydrometeorological Services, the Soviet Academy of Science or the Ministry of Higher Education. The emphasis here on economy is very similar to the US-American National Climate Program Act, which wanted to mitigate the predicted costs of climate change.

Like in the West, the issue of climate change did not become a subject of broad national public attention for a long time and was instead much more prominent among Soviet officials participating in international environmental debates. However, a few newspaper articles, forewords in conference proceedings written by Soviet officials or general speeches about environmental policies can reveal the state’s narrative on climate change. In contrast to Budyko and his colleagues, who never denied the anthropogenic impact on climate change in their scientific publications, state officials obscured these facts. In a speech on environmental policies in September 1972 Vladimir Kirillin, the head of the Council of ministers, mentioned the rising CO2, which could cause “unwanted consequences”. He skipped the fact that the burning of fossil fuels was causing the rise of temperatures. Even later after the famous 1985 Villach conference had established a consensus on the anthropogenic causes of climate change, Yuri Izrael, the head of Gidromet did not refer to the anthropogenic causes of the greenhouse effect, when making references to the conference itself. Omissions of the anthropogenic causes of climate change in Russia today need therefore to be understood as a continuous historical process.

With the dissolution of the Soviet Union it was also the academic system that collapsed at least partly. Institutions of the Academy of Science were temporarily closed or disappeared completely, often scientists would receive neither salaries nor research budget for a few years afterwards and worked outside of academia to survive. Russian climate science suffered doubtlessly from that. Already before 1991 the gap in computer technology between Russia and western countries was big, but with the stagnation following the system collapse it got even worse. But science has proven to be robust and thus, in the year 2000 newly build and further developed models were able to simulate current climate and two years later Russian climatologist gave future climate projections based on them. At the same time as these models got developed, scientific opinions of mainly non-climatologists were voiced out and publicised that either marginalised or denied the anthropogenic impact on the Earth’s system. In 2004, for example, the Russian scientific Council on the Kyoto protocol voted against Russia’s ratification arguing that not enough proof for the causes of climate change exist. These scientific voices have often been used industry or governmental representatives. However, these voices begin to fade with that generation of older scientists slowly disappearing. Likewise, the Russian government has been taking a more accepting stance on the dangers of climate change for the Russian Federation, although it is still far away from openly admitting to the anthropogenic causes of it.

Bruno, A., Climate History of Russia and the Soviet Union, Wires Climate Change 2018. 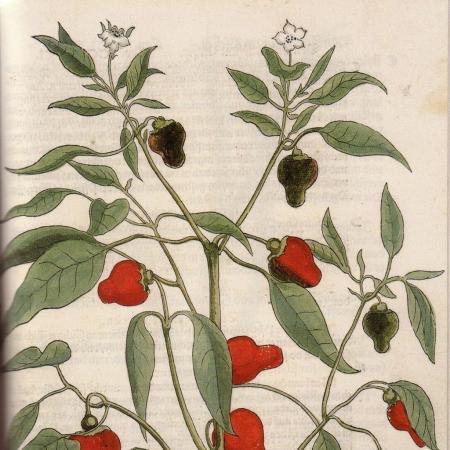 The herbal: an instrument for controlling nature (sixteenth–eighteenth century)