As schooling for girls became a key element in nationalist modernity in turn-of-century Egypt and other Arabophone societies, curricular needs loomed large. There was fierce debate over the contents of girls’ schooling, with most commentators supporting an education for ‘refined motherhood’. The period saw an outpouring of practically focused, didactic texts aimed at teaching and disciplining the young in gender-specific ways, and at informing and reforming their parents. Though intellectuals were critical of ‘western’ practices concerning gender relations and the behavior of the young, borrowed texts could also lend authority. Among such texts that derived polemical and pedagogic weight from translation are two versions of a seventeenth-century French work that had already traveled far in translation, the Abbé Fénelon’s Traité de l’éducation des filles (1687). 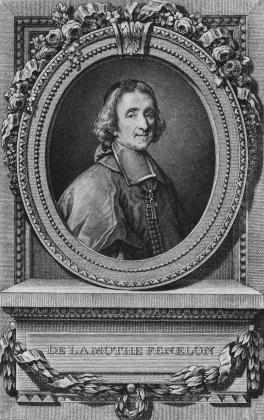 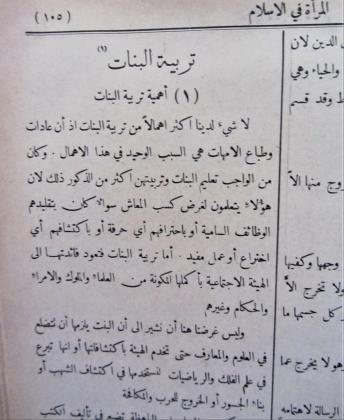 A page from the first edition of L’Éducation des filles in Arabic, 1901. Photography by the author.
Summary

How to raise girls by following Fénélon’s work

Around 1677, in the environs of Paris, the Duchesse de Beauvilliers (Henriette-Louise Colbert, 1660–1733) asked her spiritual counselor François Fénelon for advice. How should she raise daughters? He responded with a short treatise—and Traité de l’éducation des filles went on to have many afterlives in print. François Salignac de la Mothe-Fénelon (1651–1715) is remembered for several reasons, amongst them his novel Les aventures de Télémaque, fils d’Ulysse (1699), possibly the first world-lit bestseller. But the duchess’s treatise was his first published book (1687), initiating his celebrity. Two centuries later, L’Éducation appeared twice in Arabic (1901, 1909), reframed and even rewritten as a culturally authentic and didactically useful text for parents, teachers, and girl-children.

This seventeenth-century French Catholic work was appropriated for competing though overlapping perspectives, from a secular nationalist and then an Islamic modernist viewpoint, on the issue of how to be a proper female in an ambitiously modern Egypt. In 1901 L’Éducation becomes a de-religionized work of masculinist-reformist rhetoric aimed at disciplining females as mothers and daughters, part of a gendered conduct literature furnishing the new sector of girls’ schools with curricula. In 1909, it re-emerges as a primer for Egyptian parents positioned explicitly as Muslims, offering a modernist Islamic pedagogy, echoing earlier Islamic-Arabic discourses on ethics, home management, and proper comportment (adab). As in France, the assumed target of this work in translation was classed, assumed as upper- and middle-class families, although the question of universal education was an issue for those who were spearheading an emerging nationalist discourse in turn-of-the-century Egypt. The assumed objects of training are elite girls, sequestered by class status and gender assignment.

In late seventeenth-century France Traité de l’éducation des filles was bold in calling for a new approach to educating girl children. Since then, it has been read as conservative, essentialist, even misogynist. Yet, some scholars cautiously recuperate it for a more woman-friendly (if class-blind) outlook. Its focus on the young child’s nature facilitates a reading emphasising girls’ and boys’ equal capacities for intellectual development. Fénelon saw ‘feminine’ behaviours as arising from parents’ problematic and careless approaches to girls’ training. The book suited Egyptian elites’ focus on trained motherhood; addressing it to a woman as a competent and self-aware being carried a message of respect. Fénelon affirmed the home as women’s space of action while insisting on girls’ serious training.

From 1699, across Europe, L’Éducation was translated; throughout the nineteenth century it popped up in post-imperial contexts where pedagogy was a national project intersecting with ‘the condition of women’. In Arabic, Télémaque appeared first, in the 1860s, but L’Éducation was mentioned. In 1875, the pedagogical journal Rawdat al-madaris cited it to support girls’ education. The journal’s editor, renowned translator-educator Rifa’a Rafi’i al-Tahtawi (1801–73), was an early supporter of girls’ education and studied in France. He likely consulted L’Éducation for his own school reader (1872/3).

The first Arabic rendering of L’Éducation appeared amidst responses to a controversial work, Tahrir al-mar’a (Emancipation of Women, 1899), by lawyer Qasim Amin (1863–1908). It touched on sensitive issues of visibility and mobility, calling for an end to extreme gender segregation and full-face veiling, generating responses from enthusiastic to vituperative. That the first Arabic version of L’Éducation appeared at this moment positioned it as a less flamboyant voice in an ongoing debate that Amin’s works intensified. It appeared in a journal founded in response to this furore, al-Mar’a fi l-Islam (Woman in Islam, est. 1901). The journal highlighted a particular kind of education: tarbiya, connoting ‘upbringing’, by extension, ‘moral education’. Founder-editor Ibrahim Ramzi (1867–1924) articulated tarbiya of females as it shaped tarbiya of children, imagined as ‘boys and future mothers’. Ramzi regularly criticized European authority in Egypt, and framed his reformist program in Islamic sources.

The authorship of L’Éducation is muted: Fénelon is mentioned only in a terse footnote: ‘arabized with modifications from Fénelon’s book’. But the book was appropriate to the magazine’s outlook. Located in different eras and locales, but equally in patriarchal systems with elite authoritarian social management, Ramzi and Fénelon both articulated instrumentalist views of girls’ education as preparation for domestic futures, and criticized existing training as superficial. ‘Tarbiyat al-banat’ appeared in eight installments, said to be ‘translated with modifications’ (left undefined). The translator is mentioned only following the final installment. Most installments are followed immediately by excerpts from a soon-to-be-published book on home management by one Fransis Mikha’il, who turns out to be Fénelon’s translator. Mikha’il would author several self-help books on modern domesticity aimed at girls as emerging readers, and at husbands and fathers. Mikha’il’s preoccupations as household-management expert are evident in his translation.

To translate Fénelon’s title as ‘Tarbiyat al-banat’ gave the work vernacular resonance, also making sense given éducation’s semantic field in French and Fénelon’s focus on character formation—but also, local sensibilities. Mikha’il’s text localized the text through extensive rewritings and deletions. His translation fixed feminine subjecthood as the French text did not, for example, deleting discussion of young children’s shared qualities. The Arabic text is more directive than the French in detailing women’s obligations, harsher in characterizing girls’ alleged behaviours and warning of consequences.

Under Mickha’il’s pen, Fénelon’s treatise becomes a conduct manual. Mothers are given home- and body-management instructions, extensions of Fénelon general precepts. The Arabic text targets mothers, yet Mikha’il’s framing addressee is a homosocial masculine community (himself included). The Duchess as interlocutor has dropped out. Mikha’il’s specified learners (mothers) are subsumed within a masculine didactic framework, though on specific behaviours he addresses females, while localizing: ‘Your clothing must be appropriate to your body and person… Stay away from artificial finery and rubbish ornamentation. You have a cautionary lesson before you, in the daughters of the Bedouin…’. Mikha’il also de-sacralizes the text, omitting almost all of Fénelon’s Christian references.

In 1909, a new translation appeared in book form. This time, the author’s name was prominent, as was the translator’s, Salih Hamdi Hammad (1863–1913). Was the book – published by a press attached to a school endowed by the mother of a former Khedive – intended as a prescribed school text?

Hammad’s rendering differed from Mikha’il’s and was framed by three prefaces announcing a different sort of localization. Translating a preface to an early biography of Fénelon, Hammad wrote: ‘Fénelon wanted women to have a share of religious education equal to men’s, on the soundest basis and devoid of illusions and superstition, by which I mean the Holy Book [Qur’an] and true Sunna’. Of course, this is not what Fenelon would ‘want’ nor what the biographer, Bausset, said! The translator inserted a footnote. ‘In the original, the gospel and teachings of the Church. I Arabized this …’. Hammad suggested he had ‘erased’ religion from the text, but this translation Islamized Fénelon’s Catholicism. He preserved the child-centred religious pedagogy, repurposing Fénelon’s religious content, chronological trajectory, and narrative tradition for an Islamic didactic programme. Translating closely, this version exposes the eclectic usability of Fénelon’s text more than does Mikha’il’s freer version with its omissions and additions. What is preserved from the seventeenth-century text all the way to both Arabic versions is a strongly defined, gender-specific notion of tarbiya. Attitudes toward girls’ education and a concept of the ideal woman span a religious divide, two centuries of history, languages, and the breadth of the Mediterranean. 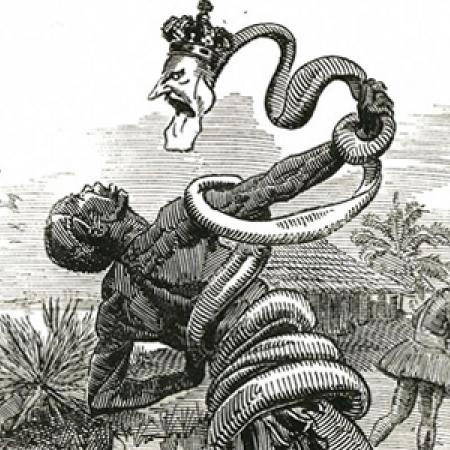