Libraries are important to women. They offer knowledge, empowerment and connection. Contemporary accounts of libraries often describe them as safe spaces for women. This entry suggests that such claims can be understood as part of a history of normative accounts of the relationship between women and libraries, one which is bound up in wider histories of women’s engagements with education and public space. 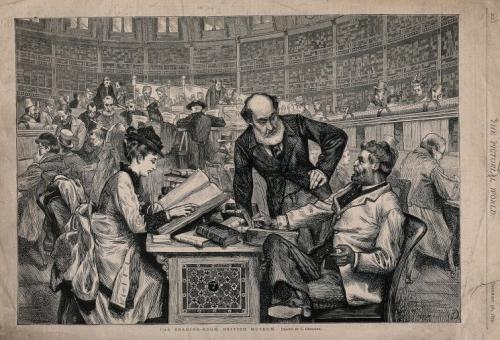 ‘The British Museum: the interior of the reading room, in use. Wood engraving by [I.C.] after C. Gregory, 1874’ by Charles Gregory. Credit © : Wellcome Collection. 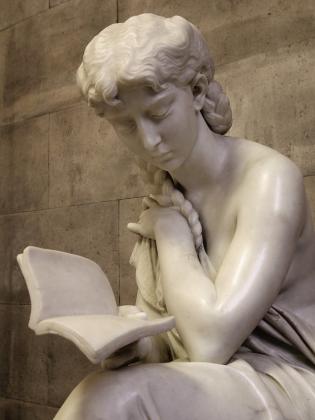 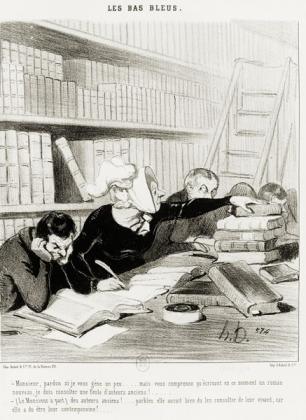 The account centers on the UK but describes conceptions of libraries which have existed across much of Europe and the United States. Libraries take many forms, but this entry makes public libraries its focus. Public libraries are an essential part of a civilised, equal society, providing knowledge and information and acting as an important site of social and cultural connection. Contemporary accounts of the value of libraries in women’s lives stress their role as sites in which to become politically aware, sites of feminist critique and sources of education for and about women.

In recent times, another set of claims have been made about libraries. These find libraries being described as ‘safe spaces’ or havens from the world outside. Public libraries are thought to offer young women a safe place to visit after school and are celebrated as places in which women can meet one another but also feel safe visiting alone. This concern relates to broader concerns around women’s safety in cities across Europe and relates closely to well-founded feminist critiques of the design of urban space. However, the idea that libraries might be seen as representing a particular kind of site in women’s lives finds its historical correlate in other normative conceptions of the relationship between women and libraries, that highlights the UK case.

A new male-dominated public space from the 19th century on

Important to this history are particular imaginaries around public libraries and public space more generally. In the nineteenth century, libraries were viewed as male spaces and women were confined to the private sphere and to domesticity. Before the 1850 Libraries Act, which brought free public libraries, libraries were spaces for men. Indeed, in 1798, at Birmingham Library, only 32 of 459 readers were women. At the time, middle class women might have had access to a father’s private library. But few women, except the richest and the most literate, possessed libraries of their own. Some women, then, joined together in book clubs and reading circles. Nineteenth century ‘circulating libraries’ – that is libraries which lent books out for a relatively small charge – were attractive to women, offering a wide range of reading materials and a space for women to socialise. But these libraries were judged to be ‘dangerous’ public spaces and ‘haunts of unbridled sexuality’. The quality of the reading material was a further concern; Pearson refers to the ‘non-sensical trash of the circulating library’ (Pearson, 1999).

Shared resources also brought worries about hygiene. Concerns that books might spread diseases, described as literalising worries about unhealthy texts poisoning their readers, took on a more gendered character through fears that the objects of the early 19th century circulating libraries were being ‘feminised’, as the popular books became ‘ruined by the powder and pomatum between the leaves’ (Pearson, 1999).

The long reappropriation of an empowering space: the feminization of a safe space?

With greater provision around education and training (Education Act, 1870; women’s colleges in universities), and women’s greater presence in the public sphere following the first world war – in terms of voting and labour markets – libraries came to be seen as ‘suitable’ places for women. Librarianship became, predominantly, a women’s profession yet, mindful of both the opportunities and the challenges that these roles have afforded women: women librarians have sometimes found their careers hindered by a lack of parity in pay, status and prospects. Indeed, the American librarian Melvil Dewey–who created the Dewey decimal system of library classification–not only saw women as subordinate but ‘saw this subordination as necessary to the efficient workings of the library (Battles, 2015). That is, he viewed the library’s successful functioning as resting on women’s labour.

Societal change also brought changing ideas about women’s occupation of public space. Virginia Woolf saw metaphorical and physical space as important for women writers and readers. In explaining her reference to ‘five hundred a year’ and the ‘lock on a door’ required by women, she wrote that she was not thinking only of material things but of the ‘power to contemplate’ and ‘to think for oneself’. Woolf famously argued for the importance of ‘a room of one’s own’, but she also wrote of the importance of shared space. Although, at that time, university libraries were, for Woolf, and other women, not without their problems, she valued studying alongside others in the library, alluding to ‘the student by my side’. In so doing, Woolf pointed to an important aspect of libraries; that they offer not only space for solitary work, but connection with others. Gendered accounts of public and private space have, here, to do with women’s freedom and with education and with physical and imagined connections. In this way, libraries were subaltern spaces where women might come together to learn but also to challenge ascribed identities.

Because public libraries, as all spaces, are gendered, it is perhaps unsurprising that even when libraries later came to be seen as acceptable places for women to occupy, the accounts of the place of women in these public spaces remained strongly normative. Later descriptions of libraries depicted them as ‘wholesome’ places for women. In the early twentieth century, librarians used the language of a ‘female sphere’ characterising the library as an ‘appropriate’ space for young women to occupy. This sometimes manifested itself in protected provision for women. In Bradford at the end of the nineteenth century, a section of the counter was reserved for use by women. Separate reading rooms were common. In 1907, around 80 libraries maintained women’s reading rooms. Such provision prefigured feminist concerns with women’s facilities; concerns which are well met by institutions such as the Glasgow Women’s Library, founded in 1991, in which ‘women’s histories and women’s voices and books about women are foregrounded’ (Patrick, 2016).

Nowadays, studies in the UK tell us that public libraries are especially valuable for women. In 2015, the Department for Culture, Media and Sport’s Taking Part survey found that more women visited a public library in the past twelve months than men (38.1% compared to 29.4%) and research indicates that these proportions are similar for most Western European countries (Eurobarometer). When young people’s engagements with libraries are studied, it is young women, in particular, who are found to value the library.

Although the history of libraries is a history of a conquest of space and time, the focus on their use by women highlights the shifting normative constraints on their relations to the spaces and times of the public library. Both historical and contemporary accounts of the library share a concern with the suitability of libraries for women. Libraries hold – and have held – a deep significance for many women. They constitute sites of political and social struggle and opportunity. But discourses around the relationship between women and libraries have always been political too, suggestive of different ways of imagining women’s wider engagement with public life.

Price, Leah. 2013. How to do Things with Books in Victorian Britain. Oxford: Princeton University Press.