The distribution of educational prerogatives and policies between local authorities and states has greatly evolved since the nineteenth century, apace with the transformations of school systems and societies. However, far from being reducible to univocal movements, it is characterized—beyond the features specific to each country—by a shifting compromise between the local and national.

Decentralization (understood here as the prerogatives left to local authorities by states) is a major element of European educational systems. Its scope has nevertheless varied greatly. Traditionally, there has been an opposition between supposedly centralizing systems (of which France would be an ideal type), and those that grant more importance to local authorities (for instance, the Local Education Authorities or LEA in Great Britain). Similarly, the power relations between state administrations and local authorities have undergone uniform evolutions, with a gradual centralization resulting from the school reforms in Europe from the nineteenth century to the 1970s, followed by a general trend toward decentralization over the last few decades.

In reality, the educational prerogatives of local and central authorities have coexisted throughout Europe since the nineteenth century through compromises that have not evolved in an entirely linear fashion. The 1806 law on schools in the Netherlands, which served as a model of reform for many Western countries during the nineteenth century, asked local authorities to maintain elementary schools. This model was used in other laws (Guizot reform in France in 1833, Swedish reform of 1842, Moyano reform in Spain in 1857). The central government asserted an ambitious goal of expanding elementary schooling, which would in practice be managed by local authorities. Until the 1870s, the financing of education remained, in all European countries in which it can be measured, primarily at the expense of local authorities. In France, the establishment of high schools—institutions created and managed since 1802 by the state—was a policy that involved local authorities during the nineteenth century, with local municipalities playing a leading role in requesting and managing the establishment of these institutions.

Beginning in the last third of the nineteenth century, school reforms and policies tended to reinforce the role of central authorities: the training of teachers, school programs and textbooks, and the material and pedagogical quality of educational institutions were so many issues handled by the state, especially as local authorities sometimes complained about the cost of education in their finances. Some states turned to centralization early on, such as Luxembourg with its educational law of 1842, which established a grand-ducal committee for instruction with authority over local authorities in educational matters. Schools were subject to particularly precise state examinations and obligations. However, state school reforms in most European countries maintained a strong bond between local governments and elementary schools, which the Ferry laws (1881-1882), for instance, did not eliminate.

The first half of the twentieth century saw European educational systems transformed by an undeniable phenomenon of centralization. A first reason for this was political, for with the rise of dictatorships, local authorities lost at least some of their educational prerogatives. In the case of communist, fascist, and Nazi totalitarianism, education and youth registration were linked, and considered to be a priority mission of the state. The latter thus exercised close control over students, teachers, and the content being taught, as well as educational institutions and universities. For the only time in its history, under the Third Reich the entire German territory experienced a hitherto unseen educational centralization. Another factor was the marked deterioration in Europe of the fate of sub-national minorities during the 1930s and 1940s, which had repercussions on their independence in educational matters. For example in Spain, the military triumph of the Francoist regime between 1936 and 1939 was accompanied by the brutal elimination of Basque and Catalan autonomy, especially in the field of education and culture, in favor of authoritarian centralization.

Until the last quarter of the twentieth century, liberal democracies experienced a multi-faceted increase in national administrations in matters of public policy, which included education. In Luxembourg in 1912, teacher training became a state prerogative. After the Second World War, legal changes confirmed the mission of states in educational matters, with the Education Act of 1944 in Great Britain, the inclusion of the right to education in the constitution in France and 1946 and Italy in 1948, and school reform in the Irish Republic in 1967. The need to ensure mass schooling, the ideals of school democratization, and opening up secondary education were so many reasons for this rise of the “educator state” throughout Europe. The 1988 school reform in England and Wales stripped LEA of some of their prerogatives, with some schools (grant-maintained schools) henceforth able to opt for direct financing by the state.

In the late 1970s, the educational power of local authorities increased once again. The context of European construction was generally favorable to decentralization, as demonstrated by the European Charter of Local Self-Government established in 1985. The Spanish constitution of 1978, which made the return to democracy official, recognized the role of “autonomous communities” (which is to say regional authorities) in educational matters. This constitutional evolution was confirmed by the Spanish laws of 1985 (LODE, Organic Law on the Right to Education) and 1988 (LOGSE, Organic Law for the General Organization of the Educational System). In France, the financing and property for middle schools and high schools was gradually transferred to district and regional councils between 1983 and 1986. A vast muncipalization of educational institutions took place in Sweden between 1988 and 1991. In former communist countries, educational centralization decreased beginning with the democratic revolutions of 1989, even though it remained fairly high, as in the Czech Republic since 1993.

Does this mean that the decentralization of the last four decades has reduced the educational powers of European states? National administrations have in fact maintained and even strengthened a certain number of prerogatives, including evaluation, objectives, control, and programs. For example in England, OFSTED, which was created in 1993, has broad powers of inspection, as does the Skolinspektionen, which was created in Sweden in 2011. As a result, early twenty-first century Europe has seen more a sharing of tasks in educational matters between states and local authorities, rather than a unilateral substitution of the local for the national (or vice versa).

Tröhler, Daniel, Lentz, Thomas (eds.), Trajectories in the Development of Modern School Systems: Between the National and the Global (New York: Routledge, 2015).

Zadja, Joseph (ed.), Decentralisation and Privatisation in Education: The Role of the State (Dordrecht: Springer, 2007). 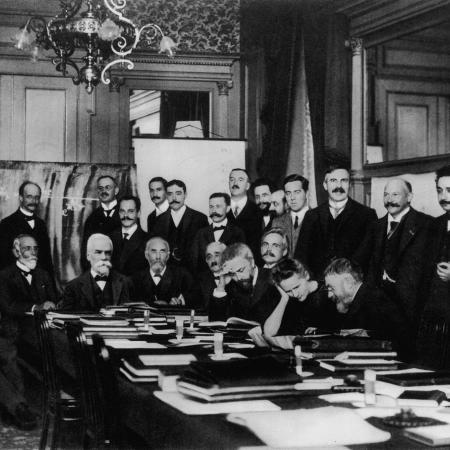 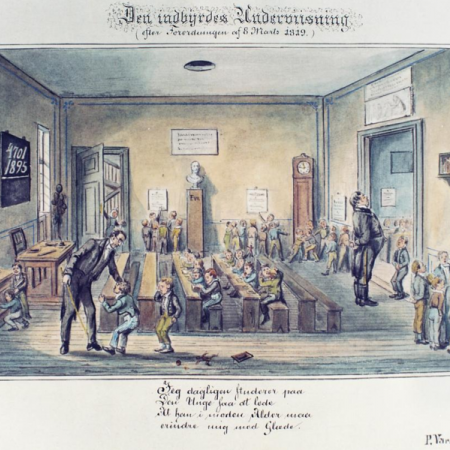 The Materiality of School Culture in Europe