In most European territories, the first decades of the nineteenth century saw the founding of modern organizations and institutions for mathematical education on the secondary level. Reserved until the mid-twentieth century for the children of privileged families—between 1-10% of an age group depending on the time and location—it generally prepared the way for entry into higher education. During the 1800s, the influence of reforms led by Napoleon Bonaparte (1769-1821) in France—the law of May 1, 1802 on the reconfiguration of secondary education created lycées (high schools) and established the position of mathematics—was in keeping with the creation of licei in a number of Italian states (Kingdom of Italy, Kingdom of Naples, Tuscany). Bold combinations of both pure mathematics (algebra, geometry, differential and integral calculus) and applied mathematics (mechanic, hydraulic) were taught there, as well as in Russian gymnasiums, institutions which were at the top of the sequential organization of secondary education established in 1804. In Bavaria, the reform of 1808 established a two-track system of classical and modern secondary schools where mathematics was well represented, especially in the modern track. In 1836, Portugal established an educational network in its territory through liceus, institutions that were explicitly founded to counter the domination of Greek and Latin, and where mathematics (arithmetic, algebra, geometry, drawing) was taught alongside modern subjects (physics, chemistry, mechanics, economics, French, English).

Following this generally favorable period, the discipline experience an ebb in secondary education across Europe. In France, mathematics gradually lost ground after 1820 in lycée classes, which (re)turned to the humanities and neglected practical applications. In most of the seven central Italian states (Lombardy-Venetia, Savoy and the Kingdom of the Two Sicilies in particular), the restoration period (1815-1847) allowed the clergy’s regained authority to discredit mathematics. In England, the discipline was marginalized by classical teaching (Greek, Latin) in the nine secondary public schools, with the first mathematics professor not being recruited at prestigious Eton College until 1834. In the country’s grammar schools—secondary institutions attended by children from the middle class—when mathematics was taught, it was often confined to a few elements of arithmetic and algebra dominated by Euclidian geometry. Euclid’s Elements (third century BCE)—speculative, well-adapted to teaching logical reasoning, and highly compatible with religious conservatism—remained essential in many parts of Europe until 1850.

Despite being supported by the rise of school publishing, the many attempts to modernize mathematical education throughout the nineteenth century met with failure, and were shorn of their more radical aspects, or proved reluctant to free themselves of Euclidian doctrine. For example in Prussia, the ambitions of the Süvern-Plan—the program initiated in 1816 to promote the interconnection of knowledge, notably including analysis, probabilities, conic sections, and spherical geometry—had to contend with the low requirements of the Abitur, prompting authorities to modify curricula for gymnasien in 1834 in order to conserve only those subjects that were the most compatible with Euclidian geometry. In France, the bifurcation reform (1852) introduced a scientific and technical baccalauréat to counterbalance the hegemony of the humanities in elite education, although it was abandoned in 1865. In Russia, the reforms led by Alexander II (1818-1881) in 1864, which established three types of gymnasiums of equal standing—one of which excluded ancient languages in favor of mathematics—were considerably amended in the early 1870s in favor of the classical order. In unitary Italy, the new programs prepared by the mathematician Luigi Cremona (1830-1903) were implemented in 1867 in ginnasi (junior high schools) and licei (high schools), and included modern content (projective geometry, differential and integral calculus), although they were paradoxically considered the Euclidian method as the only language of reasoning, and limited mathematical education to the final year of ginnasio and the first two years of liceo.

The need to modernize mathematical education found more lasting circumstances in the early twentieth century. In Portugal (1895-1905), Denmark (1900), France (1902), Germany (1902-1904), and Italy (1905-1915), a series of reforms to secondary education institutions granted more space to mathematics. In lycées, licei, liceus, and other gymnasien, depending on the state students were now taught functions, limits, derivatives, integral calculus, complex numbers, descriptive geometry, statistics, and probabilities. The teaching of this new body of knowledge was no longer solely motivated by producing cultured minds, as its practical and utilitarian character was a response to the transformations being experienced by the economy and industry. It was not just content that was challenged, but methods as well. For instance in Denmark, while the reform of 1900 exposed younger students to a larger variety of mathematical subjects, the concepts of observation and experimentation that roiled teaching circles in Copenhagen presided over the publication of a collection of geometry manuals (1900-1925) openly opposed to Euclidian methods. These efforts were continued by the International Commission on Mathematical Instruction (founded in 1908), which was tasked with assessing and uniting initiatives in mathematical education across the globe. After a period of relative stagnation due to the two world wars, the internationalization of debates on mathematical education reappeared in the 1950s under pressure from teachers’ associations, new international commissions for improving mathematical education, and the Organisation for Econonimc Co-operation and Development (OECD). The field permanently left behind its marginal status, as its central role in industry, armament, and transportation henceforth made it essential to secondary education in all places in the process of democratization. 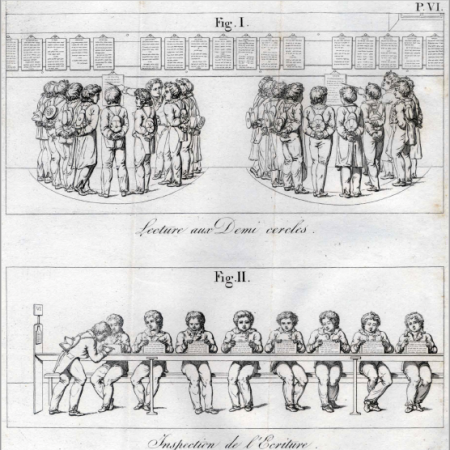