The notion that the Atlantic slave trade was of major importance to European economic development has been abandoned today. The direct causal link between Atlantic trade in slaves, commercial trade, and industrial revolution is no longer accepted. This does not justify minimizing its role in certain areas of production and consumption, as well as the evolution of capitalism, the renewal of the social hierarchy, and debates surrounding ideas. The Atlantic slave trade contributed to the activity of many provision and redistribution markets, and enabled the creation of large fortunes that were invested in highly diverse activities and forms of consumption. Both justifications for and abolitionist campaigns against slavery fueled philosophical and religious movements that are at the center of modern-day European culture, as demonstrated by present-day issues surrounding memory. 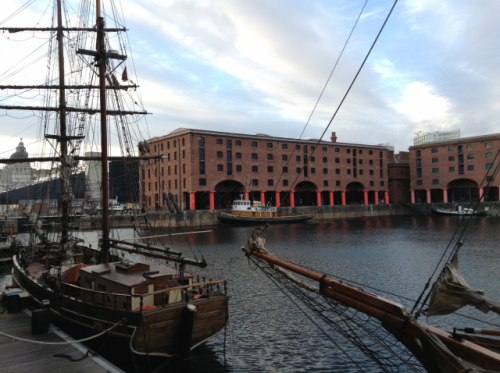 Illustration (personal photograph): Modern-day view of the Albert Dock in Liverpool, completed in 1846. Port innovation in England’s largest—and the world’s third largest—slave trading port. It was the first building made of cast iron, brick, and stone, with no wooden framework, and was used to house colonial products. The system of docks was invented in Liverpool in the mid-eighteenth century in conjunction with its rise as a slave trading and colonial port.
Summary

The questioning of the central role played by the black slave trade in Europe’s development does not prevent emphasizing its role on a smaller scale in very different domains.

This analytical framework links together three explanations: the crucial role of international commerce in the Industrial Revolution, the dominance of colonial traffic in international exchanges, and the structural part played by the black slave trade within the heart of the Atlantic trading system. Hence the simplistic contraction that the slave trade played a key role in the Industrial Revolution.

The two powers that were the most invested—Portugal/Brazil (4.56 million captives) and Great Britain (3.26 million captives)—had contrasting development profiles during the modern period. The considerable differences between European slave trading powers with regard to the relation between European migrations and the deportation of Africans show that variations in ratio did not lead to a developmental type or calendar.

The notion that colonial trade was superior to the European market is a question of debate. Researchers have emphasized the role of earlier traffic involving salt, wine and alcohol, oil, grain, woolen cloth, linen and hemp canvas, wood and naval materials, etc., along with coal and metallurgical products. Emphasis is given to the large profits generated from the Indian Ocean and the Far East, even if the volume of exchange required a massive transfer of precious metals coming from the American world.

The impact of colonial trade in the gross domestic product of European powers appears to be low. Industrialization took hold in skilled handicrafts, with the support of bank credit but without the need to mobilize excessive capital at the outset, which calls into question the old principle of primitive accumulation. Researchers have underscored consumption by adding the rising cost of living, as well as lower prices for products resulting from productivity gains. By virtue of their relative costliness, colonial products were in fact a curb on the acquisition of manufactured products.

Multiple effects across all domains

It would be foolish to deny that the Atlantic slave trade had no impact on the European economy, which supported many activities, both with regard to supplying products for the African (textiles, metallurgical products such as weapons, utensils, iron bars and shackles, alcohol, etc.) and American métis markets (codfish, flour, wine, construction materials, tools, etc.), as well as distributing colonial products (precious metals, tobacco, sugar, coffee, cocoa, indigo, pearls, leather, etc.) in European markets. Industrial centers took advantage of this, whether they were centered around the major slave trading ports—such as the Manchester-Liverpool pair or on a smaller scale with Rouen-Le Havre, or the city of Nantes for the cotton industry—or more dispersed, such as the Perche in Normandy and Silesia for their canvas, or the area around Liège for its metallurgy. These were complemented by the food-processing industry and sugar refining in particular, although its impact was not comparable.

An exact replication, however, remains impossible. In the French case, Bordeaux, La Rochelle, and Saint-Malo did not transform into industrial centers, and Lorient initially relied on naval construction after the transfer of the French East India Company to the naval dockyard. Bristol, which was England’s second largest slave trading center, was small in comparison to the major ports exporting coal. The wealth generated by the major Dutch ports that served as global warehouses in fact slowed their industrialization. Traders and ship-owners did not become major industrial actors because they preserved their speculative culture of diversification, which thought according to the short term, and went in a direction that did not match the industry’s needs. The Nantes-based India trade was mainly a creation of Swiss capital.

Can the Atlantic slave trade be considered as revelatory of the very essence of capitalism, with its commodification of everything—in this case human beings—its risk taking as demonstrated by highly irregular profits, its contribution to concentrating mercantile activity in the hands of a small elite supported by a series of intermediaries, and its early protest against the system of monopoly in favor of the freedom to engage in entrepreneurial activity? In setting barter side by side with the most modern forms of credit, the slave trade did not play a decisive role in the invention of essential techniques by the Italians of the late Middle Ages. Within the trajectory of capitalism, the slave trade could embody its most uncivilized face, between the earlier moral economy and the welfare state of the twentieth century. Economic challenges of capitalism correspond to the rise of liberalism. Adam Smith and British business circles agreed on abolishing the slave trade in the name of free trade, which was done in 1807 and vainly imposed on the rest of Europe in 1815, which carried it out in disorderly fashion under pressure by British imperialism. During the first European globalization, the slave trade imparted the Atlantic world with its main distinctive feature in the form of American métissage, whose sociocultural effects are still being felt today in former slave trading powers following migratory flows.

The trading of slaves and colonial products renewed the urban elite of slave trading locales, and by social permeation the elite of the entire country, most especially the nobility seeking the large dowries of merchants’ daughters. A few fortunes of the most skillful or lucky managed to invest in highly diverse sectors, supporting both traditional wealth based on owning property and real estate, as well as more innovative activities such as banking and industry. This accumulation translated into notability, patronage, and exercise of power on the local level. Attachment to the model of slavery slowed adaptation to modernity.

The conquest of liberties and the ideology of human rights in the European political space was initially built on the legitimizing of slavery, especially of Africans, by prompting its racialization. Beginning in 1750, the abolitionist movement developed starting from its English origins, combining arguments of an economic, philosophical, and religious nature. Inequalities in development explain the chronological differences between the end of the slave trade and the abolition of slavery. Long sidelined as a taboo subject, the Atlantic slave trade has over the last thirty years transformed into a political and memorial issue, in an environment that quickly became polemical. Major European ports take their place within it, each in its own manner. 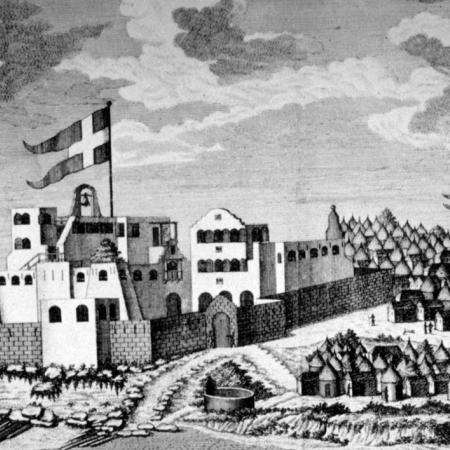 Scandinavians and the Atlantic slave trade 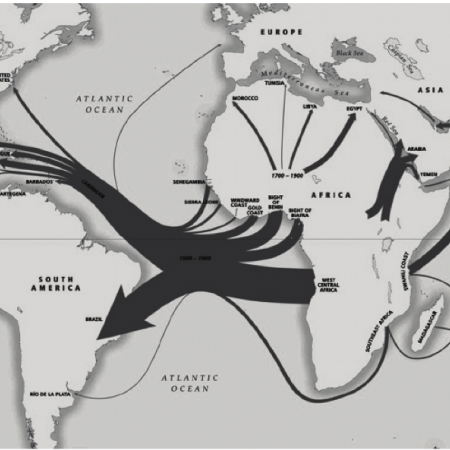