The slave economy shifted at the end of the Middle Ages from the Mediterranean toward the Atlantic. Sugar plantations first appeared on the islands off the coast of Africa, and then on the islands of the Caribbean (where they would reach their peak during the eighteenth century, notably in Santo Domingo), as well as in Brazil. Other slave economies developed at the same time in the Americas, in accordance with successive cycles (coffee in Brazil, cotton in the United States, etc.). The plantation gave rise to an unequal and compartmentalized society, in which hierarchies linked to the race barrier did not prevent a certain malleability. The slave economy was a striking mix of early modern and archaic characteristics. 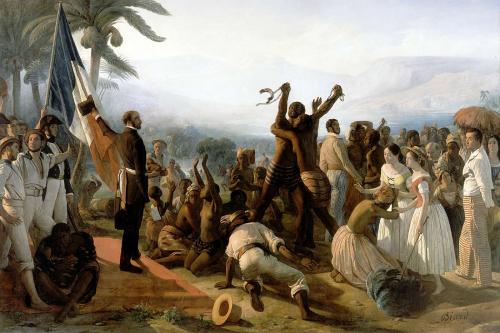 The rhythms of the colonial slave economy

Venice and Genoa were already importing slaves during the Middle Ages, primarily Slavs—hence the word “slave”—of whom a minority were intended for the sugar economy (Cyprus). After 1453, the slave trade and slavery shifted from the Mediterranean toward the Atlantic. Soon there were ten thousand black people in Lisbon; the Portuguese developed sugar production in Madeira and later in Sao Tomé, and the Spanish in the Canary Islands. The slave economy finally reached the Americas: use of African slaves was prompted by the decimation of Indian slaves, who were defended by the Dominican priest Bartolomé de Las Casas. The Spanish used black people in fields, mines (Potosi), and Andean cities. In 1600, half of Lima's population was black. It was nevertheless in north-eastern Brazil that the use of slaves took a decisive turn, in connection with the sugar economy that had been developed since 1550. By 1888, Brazil had imported at least a million slaves.

The ensuing cycle began in the Caribbean islands under the impetus of the Dutch. Rulers of north-eastern Brazil for a time, they left Pernambuco in 1650, with some travelling through Guadeloupe, Martinique, and Barbados, where their passing led to the rise of sugar cane production. This new crop replaced tobacco farming, which was initially based on a system of European indentured labour that generated numerous abuses. In the late seventeenth century, plantations developed on the large islands (Santo Domingo, Jamaica), reaching their peak in the eighteenth century, when the slave population of the islands exceeded one million.

During the same period, the sugar economy was prosperous in Brazil (Bahia, Pernambuco), which concurrently developed the coffee economy (Rio, Sao Paulo). A slave plantation economy appeared in the United States: tobacco in Virginia, Maryland, and North Carolina, and rice in South Carolina. After 1790, the Old South began producing cotton, the primary crop of the nineteenth century. By 1865, 500,000 slaves had been imported to the United States. After the collapse of production in Santo Domingo—which represented 40% of global production in 1790—as a result of a slave revolt, the sugar economy reoriented itself: retreat of the French to Martinique and Guadeloupe, resurgence of British Jamaica, lasting importance of Brazil.

The abolition of slavery in the colonies—1833 for the United Kingdom, 1848 for France, 1865 for the United States, 1886 in Cuba, 1888 in Brazil—put an end to a system that had led to the deportation of at least twelve million individuals.

Half of the slaves in the colonies worked on plantations. Their average number per plantation varied: thirty slaves in the cotton-producing Old South of the United States, fifty in the sugar-producing Lesser Antilles, and one hundred or more in Santo Domingo, where the size of farms increased in the late eighteenth century when sugar refining was added to farming, reaching an average of 261 hectares and 215 slaves.

In Santo Domingo in 1666, Alexandre Oexemlin, a young French surgeon, observed two opposing scenes. On the one hand was “a magnificent garden,” endowed with an intensive agriculture that offered the owners a comfortable lifestyle, whether residing there or in a city. On the other were “miserable naked Negroes, a pair of underpants their only clothing, incessantly burned by a hot sun.” The white population (“inhabitants”, small landowners, professionals, poor whites, artisans) was highly hierarchical and diverse, as was that of free people of colour. It became common to grant plantation slaves—who were overseen by a manager and foremen, including some of colour—the use of a garden, thereby allowing the owner to reduce his food costs, while giving the slave a small margin of autonomy (these were the “Saturday gardens”).

Aside from rare cases (notably in the United States), the insufficient rate of slave reproduction led to the increased importing of newcomers, only one third of whom were women. Women were in the minority in the white population as well, especially in the beginning, hence a métissage, particularly widespread in Latin America, that led to the appearance of free people of colour, some of whom married European women. For instance, everyone on La Réunion was mixed-blood, including “whites”. The barrier, however, increased during the eighteenth century, especially in the Caribbean islands, where after 1750 the rights of freed men were gradually eroded.

Whites, who were a minority on these islands, were much more numerous on the South American continent, where the colour barrier was less impenetrable, as well as in the United States.

This continues to insist on the harshness of the system. For example in Brazil, the vision of a patriarchal order popularized by the anthropologist Gilberto Freyre in The Masters and the Slaves (1933)—one with less harsh interracial relations than elsewhere, a melting pot of Indian, Portuguese, and African contributions which formed the Brazilian nation—is being called into question today. Yet historians have uncovered the relative malleability of colonial societies, and have acknowledged a certain agency on the part of slaves, namely the capacity to appropriate legal knowledge which they turned against their owner, or the importance of African origins despite the Creolization of society.

Moreover, research insists on the permanence of a great marronage in areas of lasting rebelliousness (fugitive black slaves who took refuge in deserted places were called “marrons” [maroons]), and of an endemic smaller marronage (short-term absences).

The slave economy exhibits a mix of modern characteristics (heavy investment, increasingly large farming units, high value added productions which were the only ones compatible with the costs of transatlantic transportation) as well as archaic ones.

Today the complexity and diversity of these societies is emphasized: that of the sugar-producing West Indies was not that of La Reunion, where in addition to sugar, food crops and later spices were important. Slaves in cities and ports had more room to maneuver than those on plantations. The growing weight of the colour barrier did not prevent emancipation.

The debate regarding the impact of capital accumulation connected with triangular trade at the birth of the Industrial Revolution remains open.

Curtin, Philip D., The Rise and Fall of the Plantation Complex, New York, 1990. 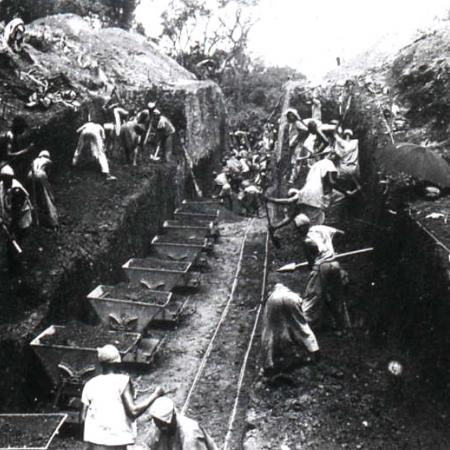 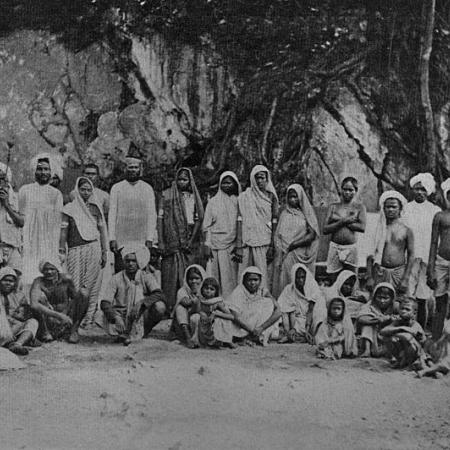 Indentured Labour in European Colonies during the 19th Century