From the late eighteenth century onwards, the major European colonial powers founded research institutions in their Asian colonies. In Batavia in 1778, the Dutch inaugurated the Society of Arts and Sciences, which promoted the study of the history and archeology of the Dutch East Indies. In 1784, the British created the Asiatic Society of Calcutta, which according to its founder, William Jones, was to take an interest in all of the societies and countries in Asia. The French founded the École française d’Extrême-Orient in Hanoi in 1900, in order to develop philological and archeological research on Indochina, and more generally on all Asian civilizations. From the start these learned institutions relied on the work of native scholars, and advised the colonial administrations by helping craft certain public policies. 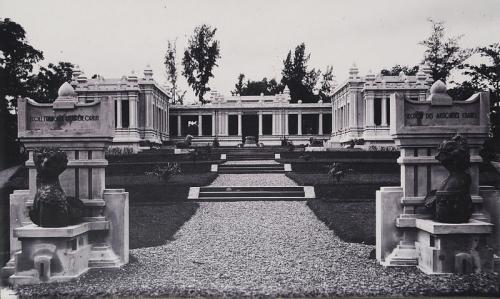 From the late nineteenth century to the aftermath of the Second World War, in conjunction with the renewal of overseas expansion, new knowledge regarding the colonies and colonized peoples was produced and taught in European metropoles. It took the form of new disciplines: the “colonial sciences,” that is to say “colonial geography,” “colonial history,” “colonial law,” “colonial economics,” and “colonial sociology.” In European capitals as well as colonial ports, academics, high-ranking civil servants, and businessmen joined together to found new chairs, educational and research institutions, specialized journals, and scholarly societies. The “colonial sciences” hesitated between three different and even contradictory objectives: to construct a disinterested and autonomous science, to contribute to the proper administrative functioning and economic prosperity of colonies by providing tools and collections of best practices, and finally to legitimize the colonial work of each nation by supporting the “humanitarian” and “civilizing” dimension of colonization.

Although some monographic works make it possible to precisely measure the importance of “colonial sciences” in certain countries (France, Belgium, Germany), there are currently no synthetic studies for the whole of Europe. In the major colonial powers such as Great Britain, France, and the Netherlands, the “colonial sciences” were present in the primary institutions of higher education. In France, higher education, which was rapidly expanding under the Third Republic, proposed bountiful course offerings on the colonies. The Collège de France and the Colleges of Letters for Paris, Bordeaux, and Aix welcomed teaching on colonial geography and history, while law schools taught “colonial legislation and economy.” The École coloniale, founded in Paris in 1889, had the objective of training senior colonial civil servants and, beginning in 1905, colonial magistrates as well. The École normale Jules Ferry, founded in 1902, prepared future colonial schoolteachers. This instruction was generally financed by the colonial governments and the Ministry of the Colonies. In the economic domain, business schools opened “colonial departments” in order to provide practical training for future negotiators and colonists. The universities created in the colonies at Algiers (1909) and Hanoi (1917) specialized in the teaching of “colonial sciences.” The Académie des sciences coloniales established in Paris in 1923 brought together academics, members of the military, administrators, and politicians specializing in the French Empire. In the United Kingdom, Oxford University, and later the London School of Economics and the School of Oriental and African Studies, offered colonial courses. Within the university system, the elite received a general education capable of producing colonial gentlemen. Colonial training had to be acquired in the field. Colonial schools prepared youth from working class backgrounds for emigration within the British Empire. In the Netherlands, colonial teaching was provided in the Universities of Leiden, Amsterdam, and Utrecht, and then at the Royal Colonial Institute established in Amsterdam in 1910. The Royal Institute, whose motto was “light shines everywhere,” conveyed the reformist discourse of Dutch colonists during the interwar period.

Smaller colonial nations attempted very early on to structure their colonial higher education. Belgium took inspiration from the French model by creating chairs, departments, and schools dedicated to colonial studies. In 1889, the University of Leuven organized an open course on colonization, and in 1895 the Société d’études coloniales in Brussels established the “Congo Course,” which offered practical teaching to colonists, administrators and officers. The Universities of Brussels, Liège, and Ghent offered their own courses on colonial legislation, geography and hygiene. The Institut commercial in Antwerp opened a colonial department in 1901, while other business schools (Liège, Leuven, Mons) soon followed in their footsteps. This dynamic culminated in the early twentieth century with the opening of the École coloniale supérieure in Antwerp, named the Université coloniale in 1923, and tasked with training colonial civil servants according to the model of the École coloniale in Paris. Specialists on colonization gathered beginning in 1928 at the Institut royal colonial belge, an imitation of the Académie des sciences coloniales françaises. In Germany, colonial courses were offered at the Berlin Institute for Oriental Languages, founded in 1887, and at the University of Berlin. The Hamburg Colonial Institute, established in 1908, offered a well-rounded colonial education. In Italy, the Società Geografica Italiana, created in 1867, brought a part of the elite together around colonial projects, and organized exploratory missions, notably in Eastern Africa. The Italian Colonial Institute, founded in Rome in 1908 and rechristened in 1936 as the Fascist Institute of Italian Africa, maintained an ongoing relationship with the Institut colonial français. Under Mussolini, the Fascist Colonial Institute prospered thanks to a system of obligatory subscriptions paid by local municipalities and businesses. Switzerland, a country without colonies, also experienced an expansion in colonial knowledge, one that affirmed the validity of “European colonization” in Africa, notably within geographical societies.

Colonial knowledge and scholars circulated not only between colonies and metropoles, but also among different European countries. In fact, specialists on colonization—notably the French such as Paul Leroy-Beaulieu or Louis Vignon—developed a new discipline beginning in the 1880s, “comparative colonization,” which in mobilizing the knowledge and methods of history, geography, economics, and law, sought to compare the different European colonial experiences from the past and present. Inspired by this intellectual project, Pieter Van der Lith, a professor of colonial law at the University of Leiden, founded the Revue coloniale internationale in Amsterdam in 1885. The rise of “comparative colonization” was quickly consecrated by the founding in 1894 of the Institut colonial international in Brussels by the French economist and publicist Joseph Chailley-Bert, who joined forces with the Briton Lord Reay, Under-Secretary of State for India, the Dutchman Isaac Fransen Van de Putte, former Minister of Colonies, the Belgian Major Albert Thys, Director of the Belgian Companies in the Congo, and Camille Janssen, the former Governor-General of the Congo Free State.

Despite the racist and stereotypical nature of numerous works, the “colonial sciences” had the merit of broadening the horizon of social sciences, which had hitherto been focused on “European civilization.” Colonial knowledge was also able to strengthen native cultures in the process of nationalization, and to participate thereby in the construction of new national identities in Asia and Africa. In the aftermath of the Second World War, these disciplines were swept away by decolonization, and partially replaced with studies in the cultural sphere. 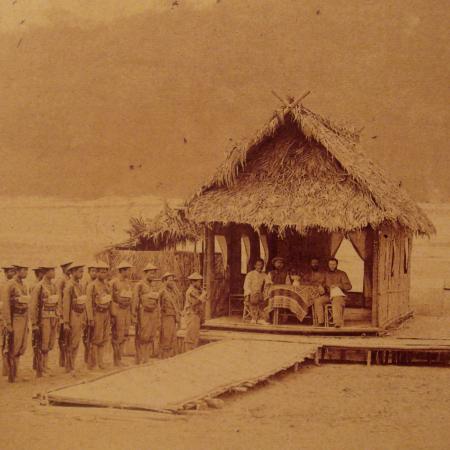