The Maharaja of Baroda : An Indian prince between anticolonial and imperial politics

Maharaja Sayaji Rao Gaekwad III of Baroda (1862‒1939) was one of the most extraordinary Indian princes of the colonial period. From 1875 to 1939 he ruled Baroda, western India’s preeminent princely state — and one of the most important ones in the subcontinent, along with Hyderabad and Mysore. Despite being selected and educated by the British, he used his power and influence to participate not just in imperial politics — as was expected of him, as a “model” Indian prince raised to be an ally of the British empire — but also in India’s growing anticolonial movement. Crucially, across his six-decade political career he carried out this double political engagement both in the Indian subcontinent and abroad. One of India’s most well-travelled rulers, he completed twenty-eight international tours. These tours to Europe, North America, East Asia and Africa allowed him to participate in imperial and diasporic anticolonial politics, while placing Baroda and India’s princely states on the world stage. 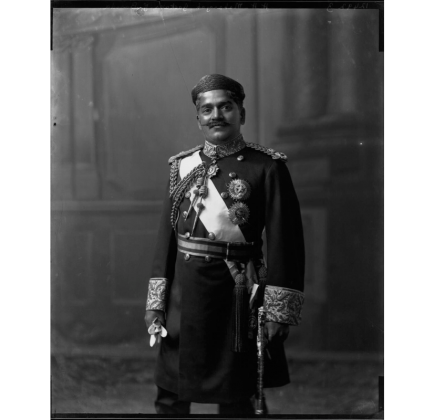 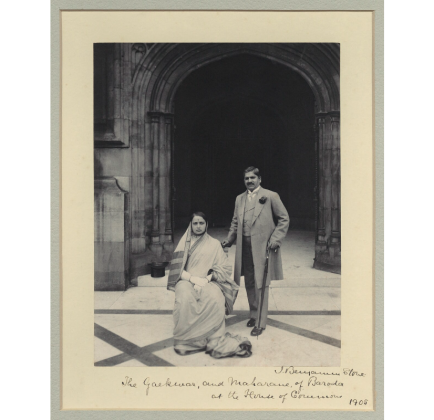 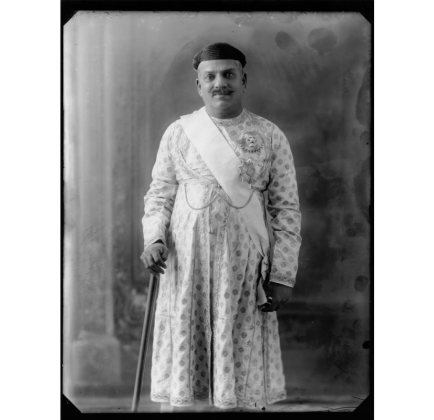 From illiterate boy to modern maharaja

While India’s roughly 500 princely states were not formally part of the British empire, they all were under varying degrees of indirect British control — including tight restrictions on establishing diplomatic and international ties. Baroda was an extremely affluent princely state, because of its wealthy merchants and fertile cotton- and opium-growing lands. In 1875, hoping to tighten their grip on the state, the British deposed and exiled its ruler, Maharaja Malhar Rao Gaekwad. As Malhar Rao had no legitimate male heirs, his removal allowed the British to select Baroda’s next Maharaja — preferably a young, pliable boy, so that they could control the state through a Council of Regency during his minority. The search for a suitable heir brought the British to Kavlana, a village three hundred miles south of Baroda. It was in this modest settlement in the British-ruled Bombay Presidency that a distant branch of the Gaekwad dynasty lived.

The Kavlana Gaekwads were an extended family of small-time farmers with several boys. The British deemed most of them to be too young or too old to be shaped into the next Maharaja of Baroda. They selected twelve-year-old Gopal Rao. On 27 May 1875, after reaching Baroda, he was renamed Sayaji Rao III and given the title of Maharaja. Baroda’s new ruler was illiterate, had received no formal education, and spoke neither Gujarati nor Urdu, two major languages in the state. He was not just a complete outsider to Baroda, but to Indian court culture. During his six-year period of minority rule, Sayaji Rao III was subjected to a remarkable educational experiment to turn him into a model of the perfect Indian prince — modern and progressive, yet a reliable British ally who would stem the growth of anticolonialism in his state. The Maharaja’s education was led by Frederick Elliot, his British-appointed, Oxford-educated Scottish tutor. Elliot devised an ambitious schooling program that saw the ruler become proficient in three key languages — Gujarati, Urdu and English — and master subjects such as arithmetic, political economy and Indian history. Elliot, however, was not just the Maharaja’s tutor: he was also appointed as his guardian-companion. Beyond the princely classroom, Elliot was meant to shape his ward’s behaviour to produce a gentleman-prince — disciplined, even-tempered, respectful in manner and speech. Sayaji Rao III’s formal and informal education under Elliot allowed him to move with ease both in the Indian court and in the upper-class circles of the British empire from Calcutta to London. It also earnt the ruler a lifelong friendship with Elliot, who stayed in Baroda after the end of his tenure as the prince’s tutor and guardian-companion. For years, the genuine bond between Sayaji Rao III and Elliot filled British officials with unease. They feared that Elliot had “gone native” — that in his closeness to the Maharaja, he was no longer an agent of Britain’s imperial interests in Baroda.

In 1881, the Viceroy of India invested Sayaji Rao III with full ruling powers. Desirous of being a moderniser while retaining his authority, the Maharaja promoted political consultation in Baroda, but only up to a certain point. He did, however, acquire a reputation as a liberal ruler for his commitment to social reform, especially in the field of education. He implemented his most ambitious measure in 1906, with the establishment of free and compulsory primary education for all children in his state. Baroda became the first territory in the subcontinent — including British India and the princely states— to carry out such a program.

The making of an anticolonial Indian prince

The project of shaping the young ruler into a staunch ally of the British empire, however, faltered. As the anticolonial movement gathered strength in India, Sayaji Rao III established links with activists who the British regarded as “extremist” — he employed the Bengali revolutionary Aurobindo Ghosh as his personal secretary and financially supported the “seditious” agitator Bal Gangadhar Tilak. With growing British surveillance of these connections in his court, the Maharaja discovered that it was easier to engage with anti-colonial politics abroad. In twenty-eight international tours, Sayaji Rao III visited the length and breadth of Europe, North America, Africa, and East Asia. He used these tours to meet with and provide financial support to diasporic Indians in the anti-colonial movement, from London-based moderates of the Indian National Congress — such as Dadabhai Naoroji — to revolutionaries in the great cities of continental Europe and North America. He held clandestine meetings with Indian expatriates known for their involvement with India’s independence struggle.

While British officials often worried about princely travel because they feared Indian rulers would fall prey to the “temptations of European society” — sexual relationships with white women —, in this case they restricted the Maharaja’s travels because of his engagement with anticolonial politics. Undeterred, the Maharaja used his speeches to enthusiastically praise travel as a tool for national awakening: by establishing comparisons between different world regions, travel raised awareness about imperial inequalities, leading Indians to question the legitimacy of the British empire. To facilitate travel and education abroad, he awarded scholarships to allow Indians to study in Britain and the United States of America — it was through one of these scholarships that the future Dalit scholar, jurist and politician B. R. Ambedkar earned a doctorate at Columbia University.

The turn from anticolonial to imperial politics

By the 1910s, Sayaji Rao III’s engagement with radical anticolonialism brought him to the brink of deposition. The First World War provided him with an opportunity to secure his precarious position and avoid the fate of his predecessor: from 1914 to 1919, he demonstrated his commitment to the British empire with generous donations to the British war effort. The strategy worked: not only was he made Knight Grand Commander of the Most Eminent Order of the Indian Empire, but he was invited to attend the great imperial conferences and meetings of the 1920s and the 1930s. Caught in the imperial politics of the interwar period, the Maharaja became less relevant for the anticolonial movement, as Mohandas Gandhi and the Indian National Congress gathered mass support and advanced India towards self-government.

In the interwar period, Sayaji Rao III’s tours increasingly revolved around prolonged periods of rest in his two country houses in Watford, Hertfordshire, and Blackdown, Sussex. The ruler was not merely tired from decades of political struggle with the British empire. He was in his sixties, he was chronically ill, and he had suffered a series of devastating personal losses. By the early 1920s, he had lost not just his first wife — Chimnabai I, in 1884 — but also five of his seven children — two as toddlers in 1883 and 1885, and three sons as adults in 1908, 1919 and 1923. He died in Bombay in 1939, attempting to return to Baroda after his last international tour.

Across six decades of rule, Maharaja Sayaji Rao Gaekwad III of Baroda engaged with several stages in the evolution of Indian politics, from the revolutionary anticolonialism of the early 1900s to interwar internationalism. His global links were part of the same momentum towards independence that brought Mohandas Gandhi to South Africa, Subhas Chandra Bose to Japan, and Muhammad Iqbal to Germany. In this sense, his career is a princely manifestation of a wider phenomenon within South Asian history. It was Sayaji Rao’s assertion of kingly authority and his particular position vis-à-vis the British empire as a nominal ally of imperial rule, that differentiated him from these individuals. His trajectory has far-ranging implications for the study of the princely states: far from being isolated spaces, they were directly linked to the webs of people, ideas and resources that held the British empire together and at the same time contributed to its eventual demise.

Gaekwad, Fatesinghrao, Sayajirao of Baroda: The prince and the man (Bombay: Popular Prakashan, 1989). 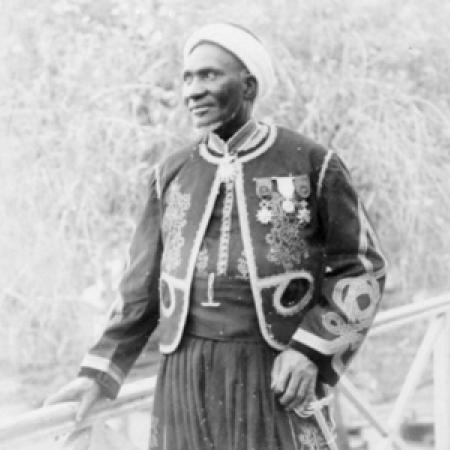 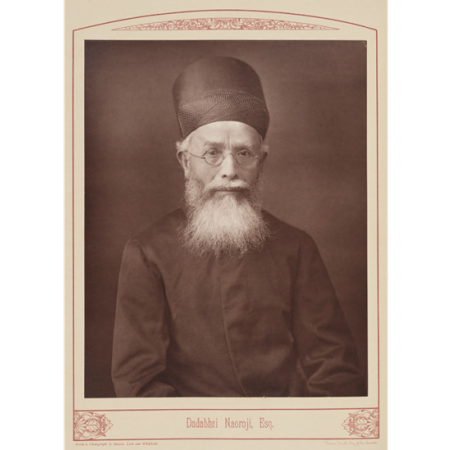