With the creation of the European Economic Community (EEC) in 1957, some European governments chose to pursue a common external trade policy in order to have greater weight in international discussions, notably when facing the Americans. They consequently created a “common customs tariff” whose rate was determined through international negotiations conducted within the GATT (General Agreement on Tariffs and Trade), which became the WTO (World Trade Organization) in 1995. The negotiations were led by the European Commission working in close collaboration with member states. 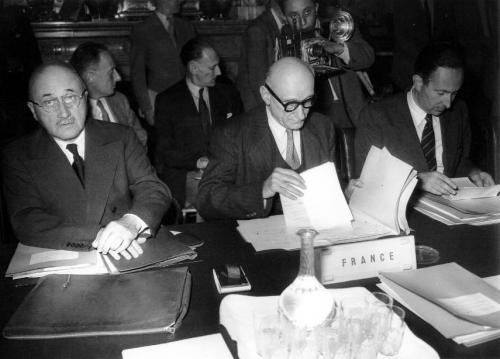 In a world marked by massive globalization since the mid-nineteenth century, international trade has taken on a growing role. However, in the face of a dramatic decline following the two global conflicts and decolonization, European states had less and less weight in international trade negotiations. Some governments therefore chose to combine their power by creating the European Economic Community (EEC) in 1957, in order to guide economic globalization in a direction favourable to their interests.

Originally, the justification for this approach was the postwar reconstruction in the Western world based on what Professor John Ruggie has called “embedded liberalism,” which combines economic multilateralism abroad and strong state intervention in the domestic economy. Sometimes summarized by the formula “Smith abroad and Keynes at home,” this choice was based on the rejection of the 1930s, which were marked by strong economic nationalism in the form of trade and monetary protectionism. In addition, in some countries there was a lack of state support for addressing the situation or the disastrous social consequences of the crisis. Economic nationalism subsequently fueled political nationalism, and helped trigger the second global conflict. By contrast, after 1945 Western elites opted to reconstruct a world based on a gradual restoration of international free trade, combined with the creation (or reinforcement) of national welfare states.

European construction was in keeping with this dual dynamic. As reconstruction drew to a close from the mid-1950s, the problem of a return to free international trade emerged after the protectionist phase that arose in the aftermath of the 1929 crisis. Encouraged by the satisfactory results of the first organizations for European economic cooperation—the OEEC (Organisation for European Economic Co-operation) of 1948 and the ECSC (European Coal and Steel Community) of 1951—the governments of six ECSC member states (the three Benelux countries of Belgium, Luxembourg, and the Netherlands along with the three major continental European countries of France, Italy, and West Germany) chose to create the European Economic Community (EEC), a more ambitious organization based on a customs union. Unlike a simple free trade zone, a customs union included the unification of external trade policy as well as the elimination of internal obstacles to trade. A “common external tariff,” that is to say customs protection shared by each of the Six, was defined at the time. The creation of a customs union helped provide greater weight in the international free trade negotiations heralded by the end of reconstruction.

A first major breakthrough came in 1959 with the initial application of the Treaty of Rome, combined with a return to monetary convertability. In order to establish a common external tariff, a balance was struck between France and Italy, who were more protectionist, and the four other countries, who were more in favour of free trade. The excellent economic performance of the Six during the 1960s helped ease tensions. The new leader of France, Charles de Gaulle, was convinced that a dose of free trade was necessary to inject dynamism into the fabric of the French economy, which he deemed to be calcified. French growth rates from that decade were in fact higher than those of its German neighbour, while the opposite was true during the 1950s. As a result, the French government supported the EEC’s effort towards the gradual liberalization of trade.

International negotiations for trade liberalization took the concrete form of negotiating rounds at the GATT regarding customs duties, with the Six instituting a “common external tariff” which would replace the national tariffs from then on. The GATT, which was concluded in 1947, is an international trade liberalization agreement which was largely not applied during its first fifteen years. The situation changed with the Kennedy Round (1964-1967), a major trade negotiation that involved 48 countries and 80% of global trade; it resulted on average in a 35% reduction of tariffs between the first two trading partners, the United States and the EEC. Working closely with member states, the European Commission negotiated in their name for the first time. The governments of the Six gave the Commission a negotiating mandate, and closely followed all developments during the discussions. The Six certainly had more weight when facing the Americans united as opposed to alone. As demonstrated by the Professor of Economic History Lucia Coppolaro, even the France of General de Gaulle supported this delegation of power to the Commission, because it was working closely with the member states. This act of pooling together gave Europe formidable leverage in the world. The discussions were of course tough, notably with Germany, which was more oriented towards free trade; nevertheless, having successful discussions was in everyone’s interest, including that of the French, who wanted to increase their industrial exports.

After the Kennedy Round, and over the course of the successive enlargements of the EEC, which became the European Union in 1992, the blueprint remained the same: trade negotiations were handled by the Commission in close collaboration with the member states. The Tokyo Round (1973-1979) helped revive trade liberalization in a world troubled by economic crisis, and avoided a descent into protectionism, as was the case after 1929. It also raised the question of non-tariff barriers. Finally, the Uruguay Round (1986-1992) involved agriculture for the first time, a subject which had been carefully avoided due to the high level of American and European agricultural protectionism. The Commission negotiated alone each time, but only following a mandate which was bitterly debated by the member states, each seeking simultaneously to protect certain sectors while opening its partners’ markets for products they hoped to export. This issue increased in importance with the development of globalized trade, which followed falling transportation costs (containerization, more efficient road transportation), the internationalization of the production chain, and technological innovation.

Today, trade negotiations have taken another direction. In 1995, GATT was replaced by a permanent organization, the World Trade Organization (WTO). The Doha Round was launched in 2001, but remains blocked by a number of factors: firstly by alter-globalization opposition to the neoliberal excess of free trade, the increase in the number of countries, each with the right to veto, and finally the complexity of the remaining subjects of negotiation. As customs duties on industrial products have already decreased considerably, the matters which remain unresolved involve agriculture, services, and non-customs barriers to trade (such as health or environmental norms, or protection of intellectual property). The rise to power of US president Donald Trump in 2017, along with the reinforcement of emerging powers, notably China and India, has contributed to the growing harshness of international trade negotiations. While during the nineteenth century European states could impose the opening of markets through gunboat diplomacy, it is now the Europeans who risk having unfavourable trade conditions imposed on them, unless they unite in order to carry more weight in the regulation of globalization. 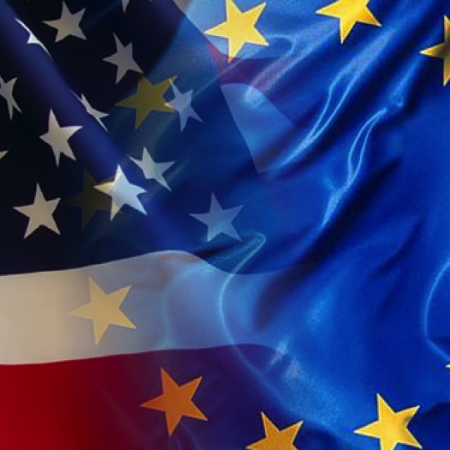 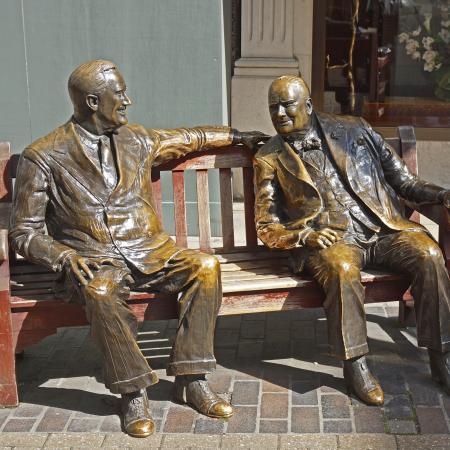 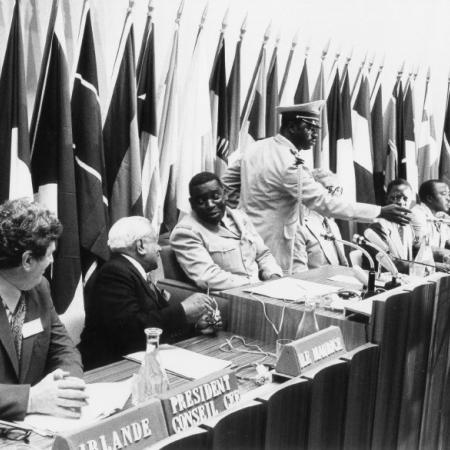