At the end of the 15th century, in the wake of the Dutch revolt against the Spanish crown, the port of Amsterdam overtook that of Antwerp. This marked the beginning of a long period of prosperity for Amsterdam, symbolised by the Dutch East India Company (VOC), which lasted until the end of the 18th century. In the 19th century, the growing difficulty for large, ocean-going ships to access the port contributed to Amsterdam’s decline in attractiveness. The construction of the Nieuwe Waterweg in the 1870s gave the advantage to Rotterdam, which was also well connected to a German hinterland undergoing an industrial boom. Rotterdam gradually established itself as Europe’s foremost port, and was the busiest port in the world until the early 21st century. 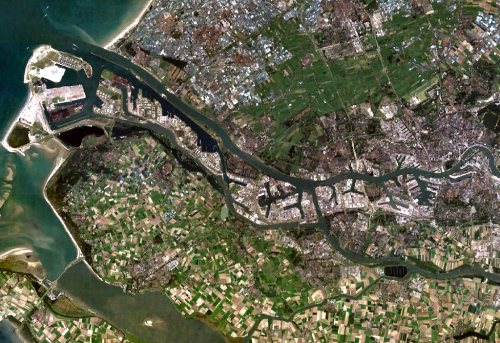 "Port of Rotterdam. Europe’s largest port today in terms of traffic, the spatial development of the Port of Rotterdam was carried out using the construction of artificial embankments in the sea. The quality of its navigable network provides it with axes of penetration toward Central Europe. Source: Wikimedia Commons "
Summary

From the Middle Ages, the Netherlands became a pivotal region for European maritime trade because of its ideal geographic location between Scandinavia and the Baltic in the North (wood and cereal), and Portugal and the Mediterranean ports in the South (wine and salt). Moreover, the Dutch developed a system of canals based on the large rivers crossing the country, particularly the Rhine and the Meuse. Eventually, every town and village with access to a river or to the coast would have a port, however small, to cater for its fresh or saltwater fishing fleet.

The splendour of Amsterdam (17th-18th centuries)

Until the end of the reign of Charles V in 1555, when the 17 provinces of the South and North were united under a single government, Antwerp possessed by far the most important port in the Low Countries. However, after the Dutch revolt against Charles V’s successor, Philip II of Spain, and the subsequent conquest of Antwerp by Spanish troops in 1585, more than half of the city’s 100,000 inhabitants, including the merchant community, fled to the north. As a result of both the blockade of Antwerp and the arrival of this rich community, which brought links to an extensive trading network, the maritime ports of Holland and Zeeland received a major boost. In the course of the 17th and 18th centuries, around 15% of the male population of these two provinces worked in the maritime sector, whether in the ports, in long-distance trade, in river navigation or in the navy.

The city that benefitted most from immigration from Antwerp was Amsterdam. Amsterdam became an important hub for trade with the Baltic, Northern Germany, Portugal, Spain, Italy and the Levant. Moreover, Amsterdam experienced an influx of Sephardic Jews from Portugal, bringing commercial links to Portugal’s trading posts in Asia, West Africa, the islands of the Atlantic and Brazil. Over time, the merchants of Amsterdam would join the Sephardim in their commercial undertakings outside Europe. In 1602, the merchant communities of several Dutch towns founded, under the leadership of Amsterdam, the Dutch East India Company (Verenigde Oost-Indische Compagnie, VOC), the first maritime and commercial enterprise financed through stocks. In the 18th century, the VOC became the world’s most powerful company, with a monopoly on trade between Holland and Asia. At its peak, it employed more than 40,000 people and sent around 60 ships a year to Asia. The Company was composed of six “chambers”—all established in port towns—of which Amsterdam’s was by far the most important insofar as it provided around half of the capital. In 1621, a company organised along the same lines, the West India Company (West-Indische Compagnie, WIC) was granted a monopoly on Atlantic trade. However, this monopoly was far more difficult to maintain than that of the East India Company: boats sailing to southern Europe could easily pursue their voyages to Africa or the Caribbean without being troubled, the WIC possessing too limited a number of warships to enforce a monopoly. On average, trade with West Africa and the Caribbean colonies involved between 200 and 300 ships a year, of which at least half were armed in Amsterdam.

As a result of the shallow banks on the approach into the port of Amsterdam, particularly around Pampus island, the big ships of the VOC, with an average tonnage of 200, were not able to enter the harbour. It was possible to resolve this problem and reduce the draught of large vessels by using so-called “ship camels,” external floatation tanks fitted to the sides of the hull but, most of the time, ships dropped anchor off the coast of the islands of Texel, Terschelling and Vlieland. Small boats were used to transport crews and cargo from Amsterdam to these islands.

Amsterdam’s problems and the rise of Rotterdam (19th-20th centuries)

Around the end of the 18th century, the economy of the Dutch Republic stagnated and, as a result, so did the economies of its ports. Maritime trade almost came to a standstill during most of the French occupation (1795-1813), particularly when the Continental Blockade was reinforced in 1810 and Holland became part of the French Empire. After the defeat of Napoleon in 1813, the energetic William I of Nassau became King of Holland and launched a policy to improve access to the port of Amsterdam by having an 80 kilometre long canal constructed from Den Helder to Amsterdam (Noord-Hollands kanaal). However, the limitations of the canal were soon apparent due to the length of the journey and the increasing size and draught of ships. A more radical solution was necessary: linking Amsterdam to the North Sea by a shorter route to the West. Opened to traffic in 1876, the new North Sea Canal (Noordzeekanaal) was significantly shorter than the previous one, stretching only 30 kilometres. However, the difference in level between the sea and the canal made it necessary to construct a series of locks at the entrance to the canal at Ijmuiden in order to enter the port of Amsterdam, which led to bottlenecks.

All these obstacles to merchant shipping explain the rise of the port of Rotterdam, particularly after 1872 when the city was directly linked to the sea by the new Nieuwe Waterweg. There were no locks or other obstacles to entering and leaving the port, and the port was ideally situated for the transfer of cargoes between ocean-going ships and the barges travelling up and down the Rhine. It was the industrialisation of Germany that ultimately caused Amsterdam to slip down into second place among Holland’s ports. Before 1800, Rotterdam was only a modestly sized port town, as its population attests: 20,000 inhabitants in around 1600, 50,000 in around 1800, compared to 100,000 and 200,000 respectively for Amsterdam. The merchants of Rotterdam did not, moreover, show much enthusiasm for trade with the East and West Indies. They instead preferred commerce with England and France.

After 1870, Rotterdam overtook Amsterdam because of the very rapid expansion of trade with the new German industrial heartland, the Ruhr. However, the growth of the ports of Rotterdam and Amsterdam was interrupted by the decline in shipping during the First World War. The port of Rotterdam took a long time to recover, the German economy remaining weakened after 1918. After their recovery in the 1920s, both Amsterdam and Rotterdam were severely affected by the economic crisis that began in 1929. Again, Rotterdam was badly hit: between 1929 and 1932 it suffered a 30% drop in activity. The recovery of the 1930s was interrupted once again in 1940 when the ports of Rotterdam and Amsterdam ceased functioning during the German occupation. After the German occupation of 1940-1945, during which the city centre was destroyed by bombing by the Luftwaffe, Rotterdam confirmed its position as Europe’s biggest port, handling, for example, 35% of all container traffic passing through the eight major ports between Le Havre and Hamburg in the year 2000. Amsterdam, meanwhile, only accounted for 5% of this trade. For more than forty years, from 1962 to 2003, Rotterdam was the world’s number one port, though it has since been overtaken by Shanghai and Singapore.

The ports of Amsterdam and Rotterdam are managed by independent port authorities. Rotterdam’s port is jointly run by the municipality and the Dutch government, while that of Amsterdam is the sole property of the city. In the city of Rotterdam, maritime activities are barely visible, as the new port facilities, obliged to adapt to ships with a tonnage of 500,000, are situated on land reclaimed from the sea over 40 kilometres from the city centre. In 2004, an ambitious project was launched aiming to increase the port zone by 60 square kilometres, with the objective of receiving 4 million more containers annually, on top of the 10 million that were already handled. In terms of tonnage, the volume of trade passing through Rotterdam rose from 300 million tonnes in 1990 to 430 million in 2011. The number of ships calling at Rotterdam declined as their size continued to rise: the port received 36,415 ships in 2008 and 32,057 in 2012. 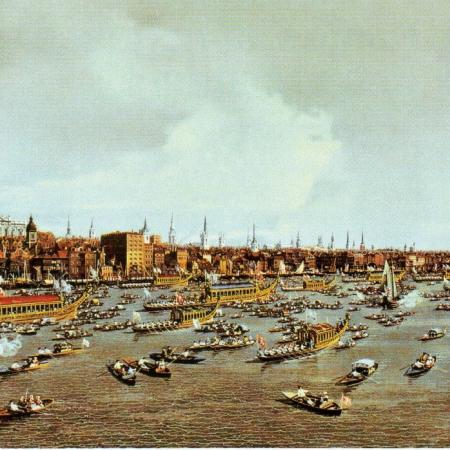 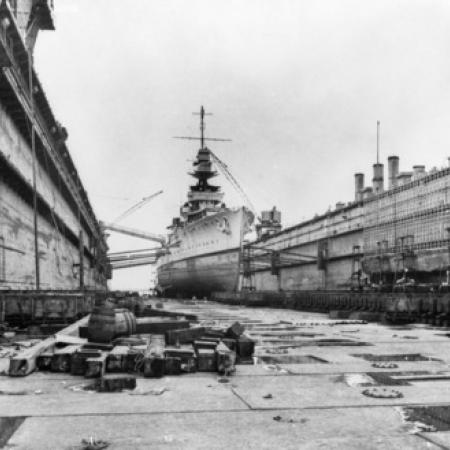 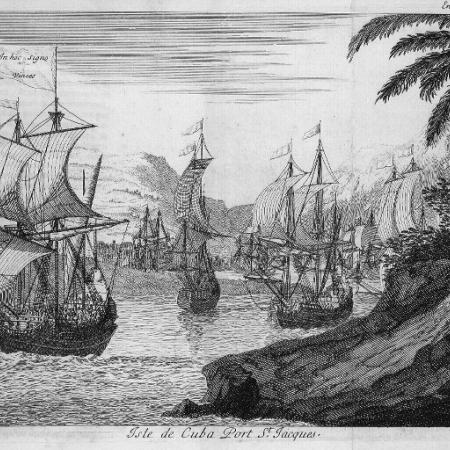 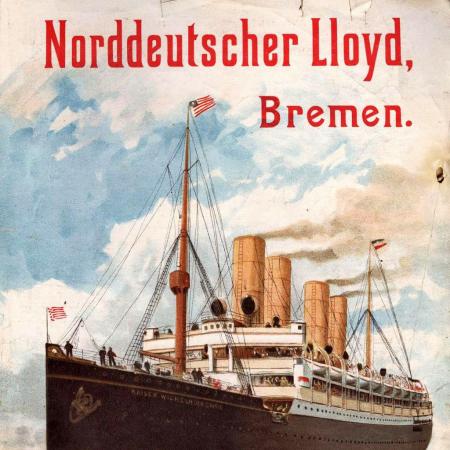