During the fifteenth century, and notably in Italy, the art of translating was profoundly changed by Humanists as well as by a better knowledge of the Greek language and Greek texts. Practices changed and multiplied, while an increasingly intense theoretical reflection emerged regarding the very phenomenon of translation.

The Renaissance was a crucial period in the history of translating ancient texts, with the revival appearing very early on in Italy. In fact, an important evolution emerged as the fifteenth century advanced, due notably to the conjunction of two almost contemporary phenomena: the growing role of a new category of scholars, the humanists, and the rediscovery of the Greek language at the dawn of the Quattrocento. By gradually presenting themselves as educators of the upper classes eager to learn culture, the humanists tirelessly promoted a better understanding of the ancient world outside of universities, whilst demanding prime positions within them. At the same time, the return of Hellenism enabled the rediscovery of numerous works that had been forgotten during the preceding period. As a result, a wide field of hitherto unpublished translations quickly appeared, providing access to a large swath of ancient culture and enriching itself from the Greek world. Humanists contributed to the profound change of the spirit of translation through a dual role, as they were not simply content with offering an enlightened but non-specialist readership hitherto unpublished Greek authors, but also sought to renew the few existing translations (notably those of Aristotle), in an attempt to adapt them to the taste of a wider audience and to compete scientifically with their medieval predecessors.

An intense reflection developed around the phenomenon of translation, as theories and practices continued to deepen over time, and translators had to face continual re-assessments.

Translating ancient texts before the “rediscovery of Greek”

It was not that the medieval period entirely ignored Greek or lacked important translations quite the contrary. Yet with regard to the Greek corpus available, the translated authors were first and foremost Aristotle beginning in the twelfth century (very little Plato), along with a few scientific, theological, and medical texts. With respect to the translators themselves, they were most often theologians, such as the bishop of Lincoln Robert Grosseteste (ca. 1175-ca. 1253), or the bishop of Corinth William of Moerbeke (1215-1286). As for translation techniques, translators only used literal methods, known as ad verbum. Finally, these translations from Greek to Latin most often remained limited to the academic world, and concerned a scholarly, limited, and specialized readership.

A nuance should nevertheless be provided if we look at the Latin corpus, for from the thirteenth century onwards there appeared the first translations from Latin to the vernacular languages, known as volgarizzamenti, which made Latin literature accessible to a broader public and often took greater liberties with the original text. Boccaccio openly asserted this in the fourteenth century when he translated Livy. This new way of going forth to meet the Ancients had repercussions on the few translations from Greek to Latin, and some interpretations distanced themselves from the word-for-word techniques that were still conventional up to that point: Coluccio Salutati, who did not speak Greek, touched up a translation of Plutarch by Simon Attumano by embellishing it. The reflection on the complex phenomenon of translation was already well underway in the late Middle Ages.

The “revolution” of the Quattrocento

In 1397, the Byzantine scholar Manuel Chrysoloras arrived in Florence, where he taught Greek to a handful of Italian students, bringing with him numerous Greek manuscripts by hitherto unpublished authors. This teaching and rich contribution of texts launched a new wave of translations which intensified over the course of the century, while the available literary field grew considerably, with translations of Greek poets, historians, and orators.

The increase of translators and translations was accompanied by a more systematic reflection on the problems entailed by the very act of translating. The Florentine humanist Leonardo Bruni (ca. 1370-1444) perfectly illustrates this dawning awareness at that time. A disciple of Chrysoloras, he made very early translations of Plutarch, Plato, and Xenophon. He later revised medieval translations of Aristotle, which he believed were no longer up-to-date as they had to be adapted to an evolving audience, and their literalness in particular often made them obscure and even erroneous. His approach was thus to reflect on the relation between a work’s content and form (even for philosophical works), and to seek to reconstruct both. This is what he called ornata translation, or translation that is sensitive to the rendering of Greek style. In his eyes, the meaning is transmitted as much by the words as by the style of an author, therefore it is less a matter of opposing ad verbum and ad sensum translation, than of exploring what precisely is meant by both. While literal translation, which was exclusively concerned with a word-for-word rendering which lost sight of the original author’s “manner,” was to be proscribed, so was translation “according to the spirit,” which was content with grasping the general meaning of the original Greek work by rendering it in beautiful classical Latin for the reader’s pleasure, but doing so at the expense of the accuracy of the precise thought of the original author. Word-for-word translation therefore remained de rigueur even as the translator had to be conscious of the author’s style and able to transfer it from one language to another, the only way of bringing forth the genuine and complete meaning of the work.

The issue was a major one. Far from calling into question ad verbum translation, Humanists enriched it with an essential stylistic dimension, and sought to defuse the criticisms of supporters of medieval translation, considered to be the only scientifically valid kind. Humanists also justified the renewal of ancient translations by in turn questioning their scientific nature. On the circumstantial and historical level, this certainly involved opening the gates of the academic world, while on a more theoretical level, a new concept with a rich future was developed at the time, that of the historicity (and hence the obsolescence) of translations. Aware of the importance of the issue, Leonardo Bruni produced the first theoretical treatise on these matters in the 1420s, the De interpretatione recta. Brunian thought in matters of translation, however, was not always understood, possibly due to its difficult implementation.

A century later, one could still opt for the letter of the text or seek the beauty of the text. Despite major polemics, such as the one which opposed Poliziano and Cortesi and which led to what were called the Ciceronian Quarrels, Cicero’s style increasingly became the norm in translation, even if it meant betraying the original text by couching it an eloquence which it did not have, or even stripping it of its original meaning. The merits of Erasmus, with his fidus interpres using numerous models, were all the more evident, and did not evade the complexity of the art of translating. The translator cannot ignore the fact that he is only offering a reading of the original text, and finds himself limited to examining the very notion of fidelity.

The Renaissance therefore saw changes in the world of translators and their audience, as well as in translation techniques and the importance given to a discipline which remained the privileged means of knowing and understanding the Ancients. 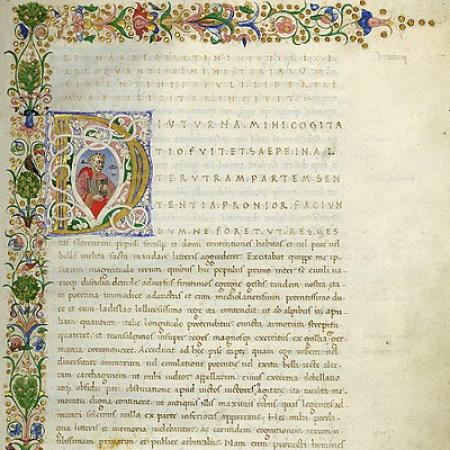 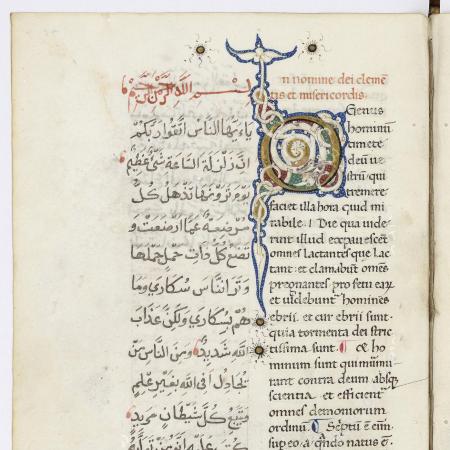 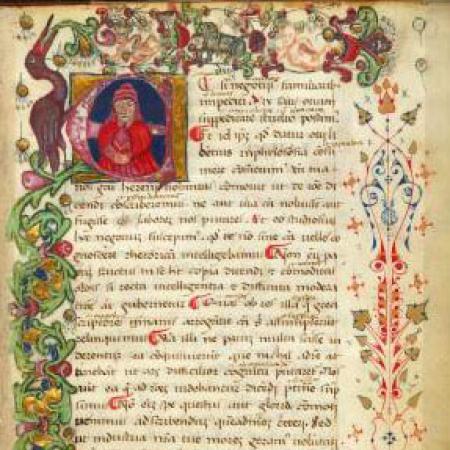