Saint Michael was a unique saint. As an archangel, he acted as the preferred messenger between Heaven and Earth. His struggle against the forces of Evil allowed him to serve as both a guardian and a warrior angel, which made him the ideal protector of the French monarchy. The figure of the archangel established itself in the late Middle Ages and beginning of the early modern period, particularly in France. 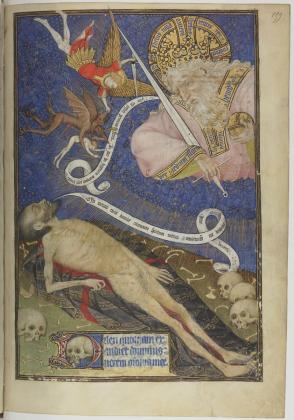 Michael, which means “Who is like God?” in Hebrew, is the most famous and most frequently invoked archangel. His image was used by elites from late Antiquity. The Byzantine and Carolingian Empires stressed the protection he offered the Hebrews in the Old Testament and showed a deep attachment to the developing worship of the archangel. The Capetians, who claimed to be pursuing the archangel’s mission, also situated themselves within this legacy. His battle against the dragon of the Apocalypse gave him a stature that other angels lacked: he was the guardian angel of a kingdom, as well as the angel warring against the forces of Evil, and could thus be invoked personally and even intimately, in hope of his intercession with God.

The Christian tradition saw the archangels Michael, Gabriel, and Raphael as intercessors with God: in the Bible, Raphael speaks of the “seven angels [including Michael, Gabriel, and himself] who stand ready and enter before the glory of the Lord” (Tobit 12.15). The heavenly hierarchy established in late Antiquity by Pseudo-Dionysus, who classified celestial beings from seraphim to simple angels, confirmed this role by locating the archangels, with Michael at their head, within the material world of men. They thus had a privileged link between Heaven and Earth and were invoked for this purpose.

It was therefore not surprising for the faithful, who already turned to them in their prayers, to see them in this role within religious plays, which reached their height between the late fifteenth and mid-sixteenth centuries. Passion plays in particular—intended to dramatize the public life of Christ—saw Saint Michael take on an increasingly important role over the course of performances. They took liberties with scriptural authorities, and applied them more directly to contemporary society, thereby emphasizing the image of the loyal archangel dedicated to his Lord God. God calls on Michael on numerous occasions—sometimes referring to him as his “glorious messenger” or “valiant champion” (Arnoul Gréban's Passion, 1455)—and sends him to Earth with the mission of supporting Jesus during his Temptation in the desert and reassuring him on the Mount of Olives, destroying the Temple upon his death, and welcoming female saints to the tomb. He also sent Gabriel to announce the good news to the Virgin Mary. The archangel’s response is always marked by unfailing loyalty.

What distinguished Michael from the other archangels was his fight against the dragon, a symbol of Satan, which is recounted in the Apocalypse: “And war broke out in heaven; Michael and his angels fought against the dragon” (Apocalypse 12.7-9). By virtue of fighting against the forces of evil he could protect the soul of the deceased, especially once biblical Apocrypha and medieval religious literature made him the gatekeeper of heaven. This struggle also presented him as the protector of the faithful during the course of their lifetime, thereby making Michael the guardian angel. In his Légende dorée, Jacques de Voragine (v. 1228-1298) took advantage of Michaelmas (September 29) to invoke all of the angels, and thereby implicitly indicated that the archangel was the most important: “This feast is called the Memory of Saint Michael, even though we remember all angels, and honour them collectively.” He points out in particular that the angels “are our guardians, our helpers, our brothers and fellow citizens, the bearers of our souls toward the heavens.” Preachers such as Vincent Ferrier or Jean Gerson gave him an important role in their sermons, and spread the image of Saint Michael as psychopomp, the conveyor of souls to heaven. This essential role of protection at the moment of the believer’s death explains the abundance of altars, lights, and cemeteries named after him in Avignon and Provence, and reflects the need to ensure one’s salvation, as well as the fear of the end of time specific to the fifteenth and sixteenth centuries.

Christians, who hoped for Saint Michael to accompany their soul after their death, regularly invoked him by reading books of hours, thereby spreading the suffrages of Saint Michael in these books of daily prayer. For that matter, the first page was often decorated with either a psychomachy in which Michael fights a devil to preserve the soul of a dead person, or a fight against a dragon. The same evolution is present in wills: beginning in the mid-fifteenth century, testators dictated increasingly long lists of intercessors, going beyond the traditional “To God, the Our Lady and the entire heavenly court” to add the archangels and a myriad of saints. Saint Michael was mentioned almost systematically, more often than Gabriel and Raphael, who were less capable of accompanying the soul of the deceased.

In fact, the archangel guarding the gates of heaven was given a power that the other angels did not possess: psychostasia, the weighing of souls, which enabled him to take part in the divine work of judging the soul after death. It is in this manner that he appears in Guillaume de Digulleville’s The Pilgrimage of the Soul, one of the most famous visions of the hereafter during the fifteenth and sixteenth centuries. The theme was especially present in figurative representations since the Carolingian period, chiefly in connection with the Last Judgment. Although not systematic, he is regularly represented in this way, acting with firmness and severity, bearing the scales in his right hand. He therefore appears as an auxiliary of divine power in the essential act of judgment.

Worship of the archangel was present throughout Christendom. The Byzantine Empire was especially marked by it, while Rome came to be closely linked to it beginning with the pontificate of Gregory the Great and the plague of 590 CE, with the Castel Sant’Angelo as evidence. Major pilgrimage centres were devoted to the archangel: the sanctuary of Monte Gargano and the Sacra di San Michele in Italy, Saint-Michel-de-Cuxa in the Pyrénées-Orientales, and the Mont Saint-Michel. While this worship reflects a European cultural background, one that was driven by the Légende dorée, it was nevertheless more significant in France. In fact, like the Carolingian dynasty that devoted a specific cult to him, the archangel also held the attention of the Capetians, who sympathized with the “great Prince” of the Old Testament who protected Israel and fought other nations. This specifically French dimension was reinforced during the Hundred Years’ War: the Mont Saint-Michel had always resisted the attacks of the English, and since Michael was one of the voices heard by Joan of Arc, the archangel helped save France from the English. He was thus established as one of the monarchy’s protector saints. The kings of France have recognized this role, as Louis XI created the order of Saint Michael in 1469 and designated the Mont Saint-Michel as its headquarters, even though no meeting of the order ever took place there.

This royal devotion to him since the fifteenth century certainly helped develop worship of the archangel in France during the late fifteenth and sixteenth centuries, at the expense of other militant saints. Arguments claiming that Saint Michael outshone Saint George—who was seen as being too English—in the aftermath of the Hundred Years’ War are sometimes exaggerated. Part of the nobility continued to invoke and represent Saint George out of tradition, although it was the archangel who truly spread beginning in the second half of the fifteenth century. This can be explained by his status as both guardian angel and psychopomp, but also because he was closely associated with royalty. This was all the more true during the religious turmoil of the sixteenth century, as Henry II of France invoked him to justify his fight against Protestantism, which was likened to the dragon being felled by the saint. At the end of the century, the city of Grenoble chose Michaelmas, September 29, 1589, to mark its refusal to grant allegiance to Henry IV of France, thinking thereby it would avoid certain damnation. 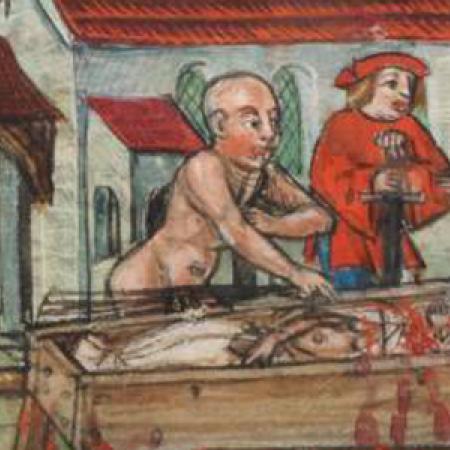 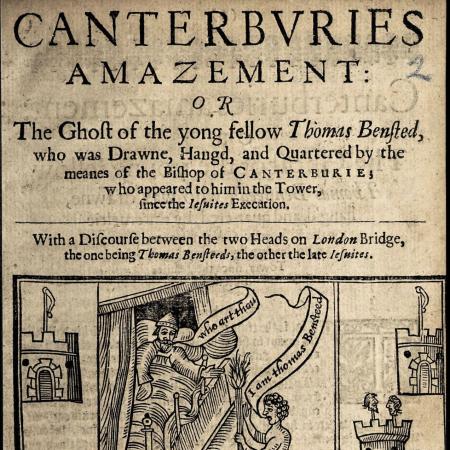 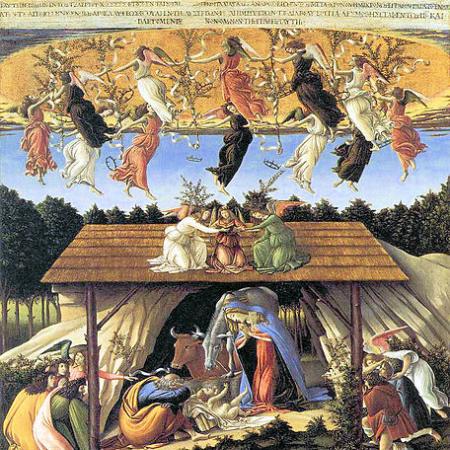 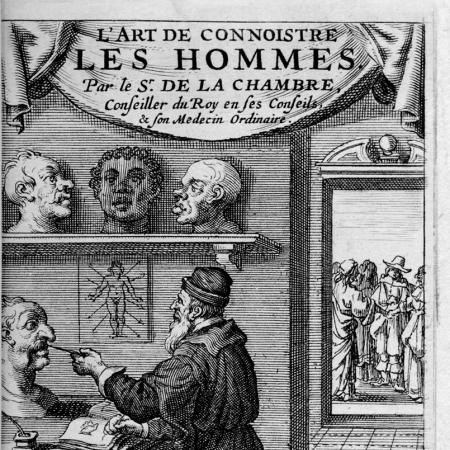