While the notion that any pregnancy must be stoically accepted dominated in Europe until the eighteenth century, birth control spread during the nineteenth century and gradually became a common practice despite opposition from the Church and political authorities. It was actually seen as a means of upward mobility and from the 1960s increasingly as an instrument of freedom. Policies, which had for a long time condemned this evolution, ultimately adapted and contributed to it through the liberalization of contraception. Governments nevertheless remain divided in Europe, particularly with regard to the question of abortion. 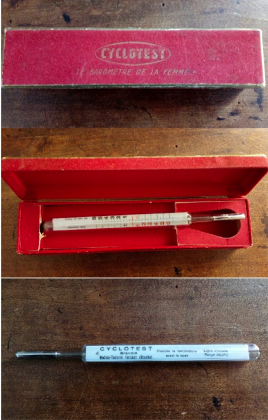 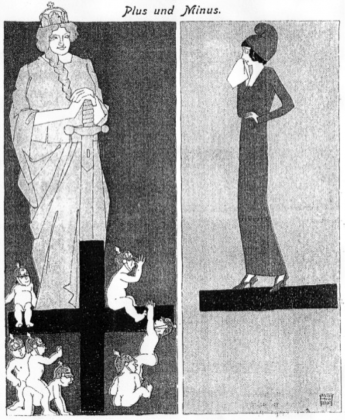 While men and women have tried to control births since Antiquity, as demonstrated by the Greek work Diseases of Women by Soranus of Ephesus (second century BCE), this practice did not spread until the eighteenth century in France and the nineteenth century in the rest of Europe, where it was seen at the time as a legitimate choice. The drop in birth rates that occurred during the nineteenth century was subsequently not due to the development of celibacy and the rise of the average age of marriage, as was the case in the past, but to the limitation of the number of births practiced within married couples. The context in which it took place was nevertheless fairly hostile, for the Church, doctors, and political authorities were opposed to any form of limiting births. In 1803, abortion was forbidden by the Lord Ellenborough’s Act, an example that was followed by numerous other European countries, including by France as part of article 317 of the penal code of 1810, and the German Empire in 1871 (Strafgesetzbuch, paragraphs 218, 219, 220). This position on the part of European states can seem surprising, for the English economist Thomas Malthus (1766-1824) had on the contrary emphasized the threat that demographic growth posed for economic prosperity in his Essay on the Principle of Population published in 1798. However, the sharp demographic increase of the second half of the nineteenth century was accompanied by a drop in fertility rates and massive emigration, which raised concerns about political, economic and especially military weakening. In particular, authorizing methods for limiting the number of births would amount to dissociating the sexual act from conception, which was unacceptable for numerous political representatives, as well as the Church.

How then could the spread of practices for limiting the number of births be accounted for? The spread of mechanical contraceptive methods, such as the condom, only played a minor role, as they were reserved for a small elite due to their cost. It is estimated that only 16% of married English couples used mechanical contraceptive methods before 1910. The primary methods used for a long time were withdrawal and periodic abstinence and if these failed or were not used, which was frequent in the working classes, abortion.

While limiting the number of births occurred during the nineteenth century most often in the context of industrialization, it appeared first and foremost as a factor of upward mobility, as it made the improvement of households’ standard of living possible, as well as the opportunities of the new generation. The idea that it was up to parents to work for their children, and not the opposite, gradually took hold. Put another way, the contribution of children was no longer of an economic but of an emotional order, and there was no need to have a large family to satisfy this desire.

In other words, birth control can notably be explained by the evolution of ways of thinking. This is why it developed first in France, a country that distinguished itself less for its economic level, than for its intellectual movements and advanced state of secularization.

Neo-Malthusian ideas gained more of an audience, driven by representatives who were small in number but effective in diffusing their ideas, such as Annie Besant (1847-1933), and George Bradlaugh (1833-1891) in Great Britain. The Swedish economist Knut Wicksell (1851-1926), for instance, believed that the number of a household’s children should be related to its financial resources. Unlike Thomas Malthus, who supported population regulation through the development of celibacy and delayed marriage, neo-Malthusians advocated the use of contraceptive methods, thereby offering another representation of marital relations, including the notions of romantic feeling and pleasure, which had previously been absent from the representation of marriage.

For all that, most European countries maintained the penalization of abortion, and extended it to contraceptive methods, an approach that was reinforced in the aftermath of the First World War due to the considerable human losses suffered. In France, the law of July 31, 1920 forbade the sale and dissemination of information on contraceptive methods. Only the Soviet Union liberalized abortion in 1920, an experiment which ended in 1936.

This tougher stance did not prevent abortion from developing, particularly in the countries affected by the crisis of 1929. It is estimated that in Germany, a million abortions took place per year between 1930 and 1932, in other words the same number as births. This is why policies softened in numerous European countries, in the interests of public health and with emphasis on protecting maternity and childhood. This resulted in reforms, such as the repeal in Sweden in 1938 of the anti-contraceptive law of 1910, or in the less strict application of legislation, as in Germany under the Weimar Republic. At the Lambeth Conference in 1930, the Anglican Church authorized the use of contraception in the framework of marriage, a decision that was not obligatory, but of great symbolic impact.

The baby boom that spread across Europe after the Second World War made fear of depopulation of secondary importance. The Soviet Union once again liberalized abortion in 1955, an example that was gradually followed by the entire Eastern bloc, but which stopped with the end of the baby boom. Nevertheless, due to its spread even before the appearance of the birth control pill, abortion has always played an important role in the regulation of births in Eastern Europe, and continues to do so today.

In Western Europe, abortion remained illegal for a long time, although the pill appeared during the 1960s, sparking a genuine contraceptive revolution. Germany was the first country in Europe to legalize it in 1961; France followed suit in 1967 with the Neuwirth law (implementation order) in 1971, prompting sharp criticism on the part of the Catholic Church. In the Humanae Vitae encyclical published on July 25, 1968, Pope Paul VI explicitly condemned contraception, a position which did not prevent the spread of the pill.

The rise of the pill reinforced the debate on accessible methods in cases of failure, notably abortion, prompting renewed opposition between governments and the behaviour of the population—with rates of pregnancy termination remaining high. With the development of feminist movements during the 1960s and 1970s, a number of countries recognized the right to abortion, such as Great Britain with the Abortion Act of 1967. In France, with the manifesto published on April 5, 1971 by 343 women who acknowledged having had an abortion, women expressed their desire for free control over their bodies, and to choose when to have a child. In 1974, the Veil Law finally authorized voluntary termination of pregnancy in France. Other countries nevertheless maintained restrictive legislation, such as Ireland, Germany, and Poland, a stance that led the women who had the means for doing so to travel to a neighbouring country to end a pregnancy.

These differences from one country to another were generally also present with regard to contraceptive practices. Among women living in a couple, the use of modern contraceptive methods ranged in 2013 from 28% in Poland to 84% in the United Kingdom, for methods that were just as varied (pill, intrauterine device, implant, contraceptive patch, etc.).

While it was and still remains for many a means for limiting the risk of losing social status, birth control also became a means of gaining freedom and independence for women. In fact, no European country has reversed its course once the process has been initiated. The regulation of births has become a practice to which policies have adapted gradually.