Sex surveys developed in Europe beginning in the early twentieth century, when sexology became established as a discipline. Initially of a qualitative nature, they later became statistical and quantitative at the instigation of Magnus Hirschfeld, the founder of the Institute for Sexual Science in Berlin. They originally focused on specific populations (homosexuals, prostitutes), but eventually became more diverse following the publication of Alfred Kinsey’s reports in the United States after the Second World War. The first national surveys were conducted in Europe (Sweden and France) starting in the 1960s and 1970s. In the late twentieth and early twenty-first century, new systems made it possible to conduct larger-scale comparative surveys, in an effort to better understand the sexual practices and attitudes of Europeans, and to more effectively prevent sexually transmitted diseases.

Sex surveys developed in Europe in the early twentieth century, when sexology, understood as the scientific study of human sexuality, was established as a discipline, especially following the innovative research of Paolo Mantegazza (1831-1910), author of Physiology of Pleasure (1854). They were initially based on constituting a corpus from the observations made by ethnologists, folklorists, doctors, and psychiatrists. During this phase they sought to show the particularities and malleability of human sexuality, all while aiming to define what was normal and what was pathological. Doctors and scientists paid great attention to sexual deviation, such as the psychiatrist Richard von Krafft-Ebing (1840-1902) in Germany, the criminologist Cesare Lombroso (1835-1909) in Italy, and Henry Havelock Ellis (1859-1939) in Great Britain.

The first surveys that were quantitative in nature, based on the questionnaire, developed in the United States under the initiative of the physiology student Clelia Mosher (1863-1940), whose study on the physiology and hygiene of marriage that began in 1892 was never published. It was in Berlin in 1903 that Magnus Hirschfeld (1868-1935) conducted the first survey on male sexuality by sending questionnaires to 3,000 students, and the following year to 5,000 metalworkers: 1.15% of workers and 1.5% of students declared themselves to be homosexual, and 3.19% of workers and 4.5% of students to be bisexual. These initial results did not resonate widely, but they did contribute to a project on a larger scale, the appeal of article 175 of the German penal code, which had criminalized male homosexuality. In 1908, Hirschfeld and the psychiatrists Iwan Bloch (1872-1922) and Karl Abraham (1877-1925) conducted a third survey on the sexual lives of over 10,000 men and women. The questionnaires were destroyed in 1933 during the sacking of the Institute for Sexual Science in Berlin by the Nazis.

During the interwar period, Richard Linsert (1899-1933), one of Hirschfeld’s collaborators, launched a survey on male prostitution in Germany that combined observations with the collecting of quantitative data through questionnaires. The results presented one hundred biographies of male prostitutes among the three hundred collected. With its innovative method, Linsert’s survey broke with the notion that male prostitutes were all homosexuals: 35% considered themselves to be homosexual, 26% bisexual, and 32% as heterosexual.

It took until 1967 for a survey similar to Kinsey’s to be conducted in Europe, in Sweden with a population of 2,266 individuals. In France, the doctor Pierre Simon (1925-2008), one of the founders of family planning, conducted a survey in 1970 that was largely inspired by the Swedish methodology. Conducted with a sample group of 2,625 people, the results were published in 1972 in a context marked by the far-reaching trial in Bobigny of a minor who had an abortion after being raped. The report indicated that the “first time” came for men at the average age of 19.2, and for women at 21.5. It was followed by the surveys “Analyse des comportements sexuels en France” (ACSF, 1992, Analysis of sexual behavior in France) led by Alfred Spira, and “Contexte de la sexualité en France” (CSF, 2006, The context of sexuality in France), led by Nathalie Bajos and Michel Bozon. The results of the latter report showed that the median age of first sexual relations was around 17.5 years for young boys and girls in France. This lowering of the average age for the “first time” followed broader Western trends. The CSF survey also showed that the sexual life of the French was longer and more diverse in its practices, and that women increasingly initiated sexual relations. Finally, the surveys attested to a greater acceptance of homosexuality, which was indeed an important topic in this research. Beginning in the 1980s and especially the 1990s, research in Europe increased due to the special financing provided by the struggle against the HIV/AIDS epidemic. The results helped to better prevent, year after year, the diffusion of the epidemic through a deeper knowledge of practices and risk-taking among the MSM population (men who have sex with men). In France, the gay press survey (later renamed the “gay and lesbian press survey”) was conducted annually among this population for over 25 years starting in 1985. Similar work began two years later in Germany around the team of Michael Bochow.

The first truly European survey on sexuality was published in 1998 (Widmer et al.). It was conducted in 17 countries, and took an interest in the values of Europeans toward non-conjugal, premarital, and homosexual relations. Its results were correlated with various variables such as income, religious practice, political preferences, age, gender, etc. Six groups of nations stood out in Europe. In some states, the population is fairly tolerant (Germany, Austria, Slovakia, and Sweden), while in others it remains conservative (Ireland, Poland, Malta). In yet other countries, the population is permissive toward homosexuality (Spain, Norway, the Netherlands, Czech Republic), but does not support non-conjugal relations.

There was an increase in Europe-wide surveys beginning in the 2000s, due in particular to the development of the Internet. However, such initiatives remain costly, and are especially limited in regard to creating sample groups and collecting data. These surveys nevertheless help gather revealing information about the issues affecting contemporary society, and more recently relating to non-consensual sexuality and sexual violence. 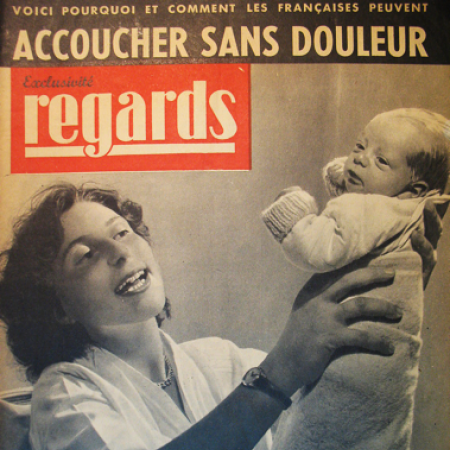