Until the mid-eighteenth century, nonmarital procreation was still a marginal form of behavior, even though it was accepted in certain European countries as the possible consequence of the ritual of premarital seduction. These births, which were called “illegitimate” or “natural” at the time, later increased as Europe became industrialized and urbanized. It was indeed in cities, far from the social, familial, and religious control of the countryside, that nonmarital births were the most frequent, resulting from relations of shorter or longer duration, or more dramatic circumstances such as prostitution or rape. After a rise in nonmarital births during the two world wars, their number increased sharply beginning in the 1970s in particular. Marriage stopped being a norm, and an increasing number of couples cohabited and had children without marrying. Today nearly 45% of European children are born out of wedlock. 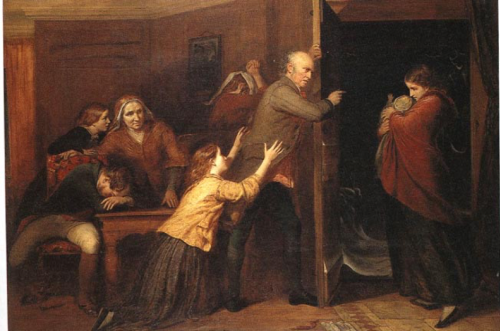 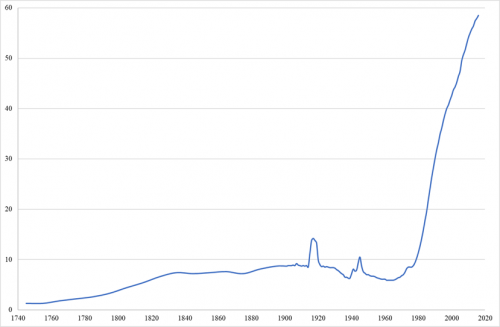 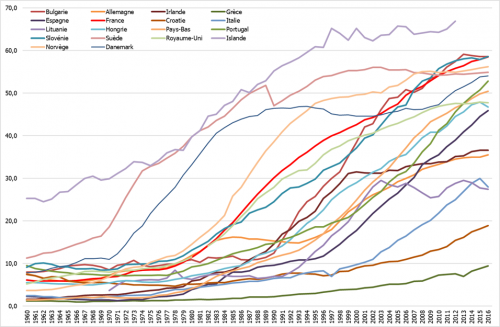 Europe experienced a rise in nonmarital births beginning in the eighteenth century. This rise began in the northwest, especially in France where the rate of illegitimate births rose from 1.3% in 1750 to over 4% in the early nineteenth century (figure 2), England (from 3.3 to 5.1% during the same period), and Sweden (from 2.4% circa 1755 to 6% circa 1815), and subsequently extended to Southern and Eastern Europe.

This rise in illegitimacy has often been interpreted as a sign of the decline in social, familial, and clerical control in connection with urbanization and industrialization. In fact, everywhere nonmarital births are more frequent in cities than in the country. During the second half of the nineteenth century in France, 4% of births were illegitimate in rural areas, and 11% in urban areas. In Transylvania, they numbered over 20% in Cluj or Sibiu, as opposed to the national average of 6 to 8%.

Nonmarital pregnancies could result from highly diverse situations ranging from prenuptial, cohabitational, or adulterous relations, as well as more dramatic circumstances such as prostitution or rape.  In Nordic countries, the high share of illegitimate births can be explained by socially accepted sexual relations between the engagement and marriage. The majority of children born out of wedlock therefore came from cohabiting couples that later married. In Western Europe, it was primarily domestic workers and laborers that got pregnant out of wedlock, although their situation and that of their children differed depending on whether they were in cohabitation or single mothers. Cohabitation was common in urban and working-class settings. Some did not feel the need to marry, whether by ideology, absence of social pressure, detachment from Catholic values, to save on a costly ceremony, or due to difficulty in providing the needed certificates, particularly for migrants. In these settings cohabitation was practically the equivalent of marriage. However, women who ended up “filles-mères” (daughter-mothers)—a contemptuous term referring to mothers of children without a father—after a promise of marriage, prostitution, or rape faced much more difficult living conditions, and their children were subject to a particularly high rate of infant mortality. Domestic workers represented a large share of these single mothers. Often cut off from their native environment, and required to remain single in order to preserve their employment, they were at high risk of nonmarital conception, and many of them were driven away when their pregnancy became visible. Abandoning children and even infanticide sometimes seemed like the only outcome in these dramatic situations.

A number of other reasons also explain nonmarital births, such as the absence of an inheritance for youngest sons in the Balkans or the Pyrenees (a family system referred to as “cadetterie”), or unsuitable matches, which forbade marriage between individuals of different social classes, for instance in the Kingdom of Bavaria until its integration within the German Empire in 1871. Finally, some states did not recognize religious marriage, for instance in Italy where many children whose parents were married only in church were considered as illegitimate by the state, or in Geneva or Cracow for Orthodox Jews married according to their own rites.

Beginning in the late nineteenth century, the trend reversed almost everywhere in Europe. This decline of illegitimacy has been attributed to the spread of contraceptive practices and a rise in abortions. It has also been seen as a consequence of greater ease in legitimizing nonmarital births: the decrease of social constraints enabled couples to marry either before the pregnancy comes to term or afterwards, in order for the children to be recognized and legitimized by both parents. Finally, the decrease of domesticity in Europe also contributed to the fall in illegitimacy.

This trend reversed during the two world wars, due to the separation of many couples, changes in social control over women, and new encounters with young national, allied, or enemy soldiers. Many illegitimate births occurred, whether they were the result of relations based on consent, venality, or rape. However, both postwar periods were characterized more by a period in which illegitimacy declined.

Contraceptive practices became more effective and varied during the twentieth century, but were more or less accessible depending on the country. The French law of 1923 banned all promotion of contraceptives, whereas the use of condoms was widespread in Germany. Beginning in the 1970s, practices of cohabitation before marriage and free unions developed. In France 12% of newlyweds were already living as a couple in 1965, a number that rose to 43% in 1977 and 87% in 1997.

At the turn of the 2000s, a major change took place in the form of unions throughout Europe (civil union contracts, same-sex marriage). The practice of non-cohabiting couples also developed (Living Apart Together, LAT), particularly in Belgium, Germany, and Norway, accounting for over 5% of relations declared during the Generations and Gender survey launched in 2000). The choice of LAT can be explained by a desire for independence, financial reasons (75% of Georgian couples choose this form of conjugality), or difficulties in family recomposition following divorces or widowhood. Conversely, some separated couples continue to cohabitate (Living Together Apart, LTA) 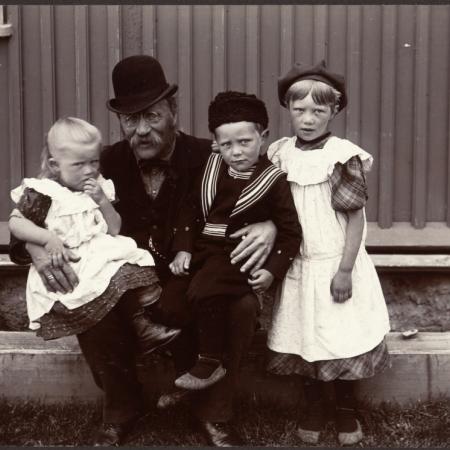 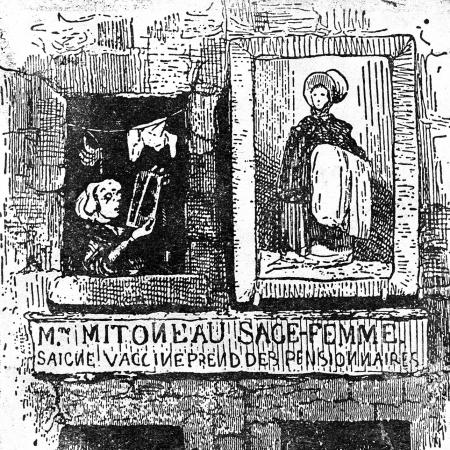