With the gradual industrialization of the European continent during the nineteenth century, production stoppages in the form of strikes became a preferred method of action. Depending on the sector, strikes were either exclusively male or included participation from both genders, with the first “women’s” strikes occurring in Europe in the 1860s. The demands were often similar—hours, working conditions, pay—and before the mid-twentieth century were specific to women only exceptionally. Beginning in the 1960s, there was an increase in the fight for equal pay, and later against the unemployment and precarious work specific to the highly feminized service sector. More recently, strikes have become an instrument of feminist struggle in which equal pay, the division of domestic work, and the refusal of violence have been jointly affirmed. 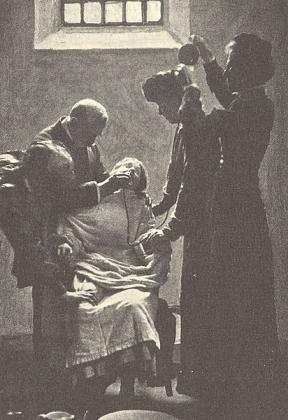 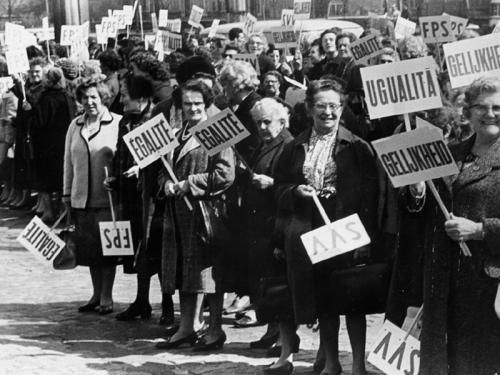 Gathering of women workers at the Herstal (Belgium) weapons factory during the strike for equal pay, 1966.
Summary

At the turn of the eighteenth and nineteenth century, as part of Europe was experiencing the beginnings of industrialization, protest associations and activities were banned (Prussia 1791, France 1792, Saxony 1794, England 1799, and Belgium, the Netherlands, and Italy 1810). Social protest assumed sporadic forms of action such as marches, riots, the destruction of machines, or absenteeism, thereby creating a stoppage in production. Women, either peasants, artisans or laborers, participated in these actions.

The origins of strikes in Europe: a permanent female participation

With Europe’s growing industrialization, strikes became more and more frequent, underscoring how the working-class condition became a central question in numerous European countries (France 1864, Belgium 1866, Prussia 1869, the Netherlands 1872). Strikes occurred in places where the workforce was primarily male, but also mixed or female.

This was the case in the textile factories, where many women worked. In 1869, ovalistes (female silk workers) in Lyon stopped working for nearly a month demanding an 11-hour workday and better pay. The first known “women’s” strikes were led by the female workers who produced matches, whose phosphorus ruined their health, in Jönköping (Sweden) in 1881, and in London in 1888. Female peasants also took action: in the early twentieth century, the mondine, who planted rice in the Po Valley’s fields, fought for better pay. Their battle song, La Lega, has immortalized this struggle to the present day. The demands of these striking women were hardly different than those of men, namely reduction and improvement of working hours and higher pay; they were not exclusively formulated in terms of equality, but nevertheless led to the gradual improvement of conditions for women workers.

In companies where the workforce was largely mixed, the fight could be conducted jointly. This was the case in the textile factories of Crimmitschau (Saxony), during the strike for a 10-hour workday, one of the longest strikes in German history, that lasted from August 1903 to January 1904. For women workers it involved a triple transgression toward their boss, their unions, which were often dominated by men, and finally their husbands. They were criticized for putting solidarity before their household duties Women’s double work day often excluded them from meetings and decision making. In certain cases, they were accused of strikebreaking, either for accepting scab work, or for pressuring their “striking men” in the name of maintaining the family.

In order to secure new political rights, English suffragettes took a different approach to strikes, for instance census strikes, tax strikes, and hunger strikes, as with Marion Wallace in 1909. Some of them, combining neo-mathusianism and feminism—as Fernand Kolney did in 1908—called for a “grève des ventres” (“belly strike” or “birth strike”) that would free women from the task of providing flesh for cannons (soldiers, or cannon fodder), flesh for pleasure (prostitutes), or flesh for work (proletarians). The socialists Rosa Luxembourg (1871-1919) and Clara Zetkin (1857-1933) opposed these positions, instead favoring a general strike as a tool for revolutionary action.

Women on strike for equality in the workplace

When the rejection of working conditions was intensified by a rejection of women’s daily living conditions, strikes moved beyond the factory. In February 1917, the exhausted female textile workers of Vyborg (Russia) went on strike on February 23/March 8 (in the Gregorian calendar). They were joined by workers from the Erikson metallurgy factory, with their shared struggle assuming a revolutionary dimension that led to the fall of Tsar Nicholas II. At the same moment, midinettes (seamstresses) mobilized in France (May 1917), and female workers in Turin launched an insurrectional strike against bread shortages (August 1917). In January 1918, a wave of strikes swept across the Austro-Hungarian and German empires, in which women in Berlin and Vienna participated massively. Women tramway conductors in Budapest (January 1918) and London (August 1918) also stopped working, refusing the sacrifices made in the name of the war effort. In neutral Sweden as well, work stoppages were combined with hunger marches in April 1917, in the wake of which working-class men and women obtained the right to vote the following year.

The occupation of production sites, which was practiced by minors in Poland in the early 1930s, extended throughout Europe: in Spain, Great Britain, and Belgium, and in France with the emergence of the Front populaire in May-June 1936. While women were involved in these mobilizations and sometimes sparked them, they often found themselves on the margins of decision making, relegated to so-called “feminine” tasks: preparing meals for strikers, participating in festivities relating to the struggle, and maintaining the household. Their demands such as equal pay were neglected, and the strikes of 1936 ultimately ended in the establishment of differential pay scales based on gender.

In the aftermath of the Second World War, trade union rights and equal pay appeared in article 23 of the Universal Declaration of Human Rights (1948). Article 119 of the Treaty of Rome (1957) included this principle, but it was not until the strike by women workers at the Herstal (Belgium) weapons factory in 1966 that this demand was revived on the European level. In 1968, the struggle of women workers at Ford Dagenham in Great Britain forced British unions to demand equal pay.

From women’s strikes to feminist strikes

In Europe, the 1968 period saw an intense mobilization in factories and in the service sector. The “Hot Autumn” of 1969 in Italy was marked by a major wave of strikes, while in Germany “wildcat strikes” broke out in the mining, steelmaking, and shipbuilding industries. These sectors, which were essentially male and central to working-class identity, were later hit hard by deindustrialization and the failure of extended conflicts that led to plant closings (Lorraine steel industry 1978-1979, British mines 1984-1985). However, deindustrialization also affected female sectors such as the textile and clothing industries.

Despite unemployment and a lack of job security, especially among women, sectors with weak union traditions (food-processing, large retailers, personal services) experienced occasional strikes. At Ottignies Louvain-la-Neuve in Belgium, women workers at a cleaning services company fired their boss in 1975 and created a cooperative, Le balai libéré (The liberated broom). Since the early 2000s, maids—who are most often not white—have demanded dignity and have mobilized against piecework, for instance in France at the Arcade company in 2002. During the 2010s in Spain, “Kellys”—a contraction of “las que limpian,” those who clean—have campaigned against the outsourcing of cleaning services in hotels.

The fact that domestic work is primarily done by women has also been denounced by women’s strikes since the 1970s. On October 24, 1975, 90% of women in Iceland went on strike, including when it came to household chores and childcare. Swiss women demanded equal pay on June 14, 1991, and organized a massive feminist strike in 2019. In 2016, 100,000 Polish women organized walkouts and marches to oppose the ban on abortion in their country. Massive strikes were also organized on March 8, 2018 and 2019 in Spain to jointly denounce the unequal division of domestic work, unequal pay, and violence against women. Strikes have subsequently become an instrument of feminist struggle as such. 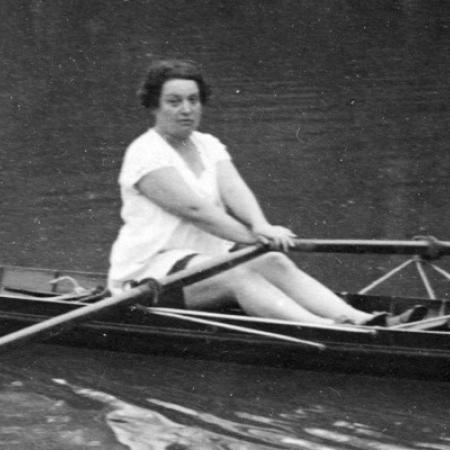 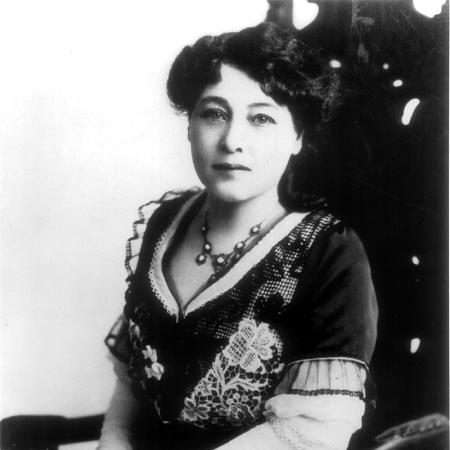 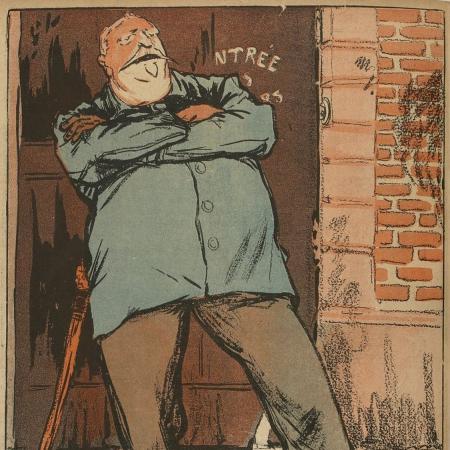 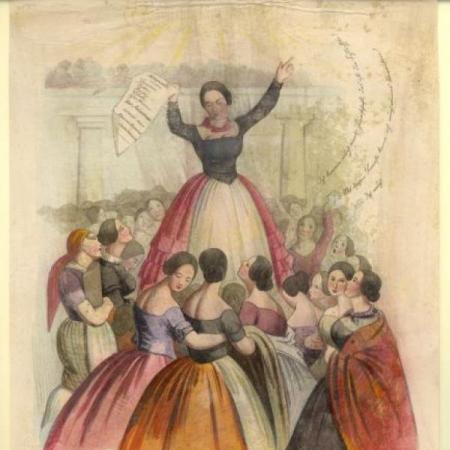