The idea of an International Women’s Day (IWD) emerged in the socialist women’s movement at the beginning of the 20th century. The activists around Clara Zetkin wanted to establish a special day for the fight for women’s rights worldwide. Even if the first intention of IWD was to apply for female suffrage, many countries celebrate the day since the introduction of universal suffrage as a day to remind people of gender inequalities in society. After the revolution in Russia (1917), the day was integrated into the socialist theory of society. In the Eastern bloc countries, the day was especially used as a means of agitation for women, while in the Western states in the 1950s and 1960s the day was nearly forgotten. Only the Second Women’s Movement at the end of the 1960s brought about a revival of the day. Until today the two traditions of the IWD coexist: it is an official holiday in Russia (since 1917, and again since 1965), in China since 1922 etc. but only a celebration or a popular event in Western countries. 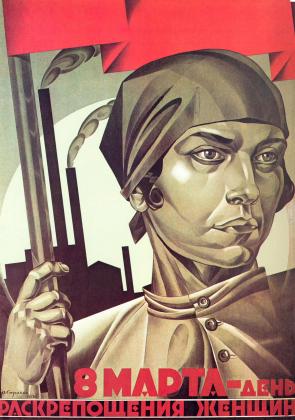 As the history of International Women’s Day (IWD) in Europe is very much related to national characteristics, it is nearly impossible to speak of a European history of the IWD. Although from the beginning this day was meant to be of international relevance, it has become integrated into the various national cultures and traditions in Europe. On closer examination, however, similarities and even connections can be seen. These are due to the underlying political concept as well as to the development of European socialism.

The creation of an IWD was motivated by the deliberate decision to establish a special event for the fight for women´s rights worldwide. On the occasion of the 2nd International Conference of Socialist Women in Copenhagen (August 26-27 1910), the German socialists Clara Zetkin (1857-1933) and Luise Zietz (1865-1922) demanded that every year in every country there should be an international women´s day, a collective day of global celebration and a call for women´s suffrage. The proposal had been inspired by the American socialist May Wood-Simons (1876-1948) who had asked the US delegates who attended the conference in Copenhagen to inform the participants about their own positive experiences with a special women´s day in the USA. The first National Women´s Day in the United States in 1909 was a great success, all the more as non-socialist women´s rights activists joined the socialist demonstrations in favour of universal suffrage. The motion convinced the delegates. As a result, IWD was agreed on in Copenhagen: the same day every year in every country for women to stand up for women´s suffrage. The first IWD was carefully planned and finally celebrated with public demonstrations, speeches and large articles in socialist newspapers in Bulgaria, Denmark, Germany, Austria-Hungary, Switzerland, and in the USA in 1911.

The specific date for IWD was not fixed until 1921. A Bulgarian delegate to the 2nd Conference of the Communist International, Anna Mai, supported the proposal for the date that the Russian delegates had suggested to commemorate the Russian Women’s Day of 1917: the 8th March (according to the Gregorian calendar; 23 February in the Julian calendar, then in use in Russia). On that day, women in Russia went on strike, which ended up in an armed uprising leading to the overthrow of the Tsar. The motion was unanimously accepted. Initially, the 8th March was predominantly promoted as IWD by communist parties.

The decisive factor for the organisation of IWD was the stage of development of the socialist parties in the different countries that celebrated it. Though some European countries introduced women´s suffrage (Finland 1906; Norway 1913; Denmark and Iceland 1915; Estonia 1917), this remained the main concern of IWD. After the First World War, when many monarchies were overthrown and new forms of government established, universal suffrage for men and women was introduced in many European countries: in Latvia, Germany, Austria, Poland, Luxembourg in 1918; and in the Netherlands in 1919. Despite this success, IWD was still celebrated in all these countries, as it became an essential part of communist, socialist, and social-democratic agitation. During the interwar years, IWD became a special day to highlight social evils and to support women’s rights.

In the Soviet Union, IWD was of particular importance, as this state saw itself as the hope of the international proletariat. Alexandra Kollontai (1872-1952), chairwoman of the women´s section of the central committee of the Communist Party of the Soviet Union from 1920, published an article in 1921 in which she described the future concept of the IWD in the Soviet Union—and hence in other socialist countries. She saw gender equality as established and focused IWD solely on the role of working women as comrades in the fight of the proletariat, thus negating all feminist demands associated with this day, such as women´s suffrage and equal participation in society. The 8th of March was thus reduced to a means of agitation (especially for women) in the fight for the world revolution. In the following years, this concept prevailed in all communist countries. IWD thus gradually lost its political relevance there and became merely a special event for women. As a result of its significance in the Soviet Union the IWD came to be regarded as suspicious in all Western countries – even so before the Second World War, when social democratic parties tried to use the tradition of IWD for their own purposes.

The disagreement about the nature and political implications of IWD between communists and social democrats became very strong after the Second World War when, during the period of the Cold War, the tensions between the East and the West intensified. The different ways of celebrating IWD became very evident in the two Germanys (GDR and FRG). On the one hand, the regime of the German Democratic Republic focused on the equality of male and female workers highlighting the tradition of gender equality in socialist societies. Female workers were honoured and presented with the Clara Zetkin Medal. In the Federal Republic of Germany, on the other hand, IWD was of little relevance during the 1950s and 1960s, even though immediately after the Second World War, the tradition of IWD was revived all over the world. In some of the countries where social-democratic, socialist or communist traditions coexisted, either two concepts of a women´s day were celebrated (e.g. Austria), or concepts of different organisations competed with each other (France; Italy). It was the 2nd women´s movement in the 1970s and the increasing strength of feminist demands that revived IWD in Western societies. Feminist movements and more and more autonomous women demonstrated and used the IWD to promote their claims for gender equality. On the other hand, some non-socialist governments began to appreciate the IWD for their own political purpose and used the day to proclaim new women’s policies or to announce a political reform. Meanwhile, in Eastern Europe, the IWD progressively lost its original political dimension and deteriorated into an apolitical socialist “mother’s day”. Finally, in 1977, the United Nations officially recognised the 8th March as International Women´s Day.

With the fall of the Soviet Union at the end of the 1980s, the traditions, which had been common in communist countries for decades, disappeared. Since then, the relevant elements of the IWD have been either outspoken political activities on the one hand or capitalist commercialisation on the other. Political activities often go along with wide reporting about the situation of women­—for some newspapers or television broadcasts the IWD provides the only occasion in the year to focus on gender equality. Furthermore, there is a tendency in several European countries to commercialise the day through retail trade in the form of special offers for female customers, e.g. in drugstores, department stores and florists. It may strike one as fateful irony that—in the public perception—it is the non-political forms of the socialist “mothers’ day” (with flowers, presents, greeting cards) which have survived in today´s way of celebrating the IWD and have led to the de-politicisation of the day. And yet, in many countries the IWD is still the day when—at least once a year—the position of women in society is highlighted and many different activities still draw attention to matters of great urgency for women. 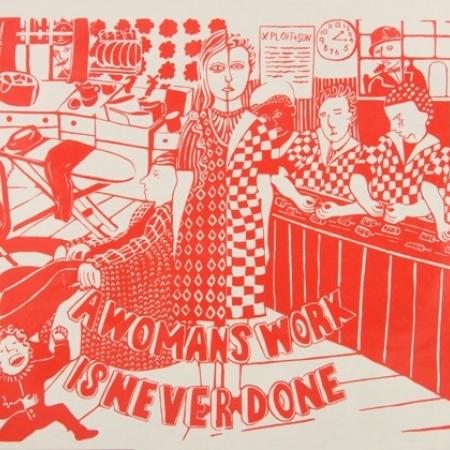 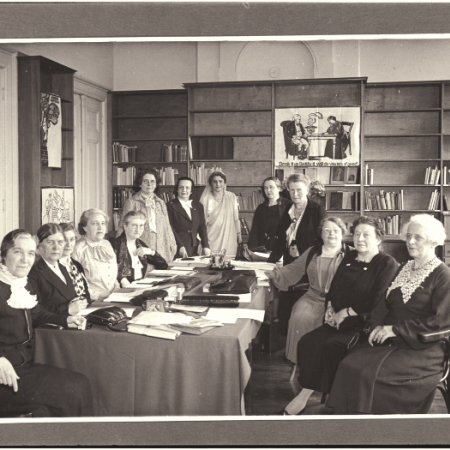 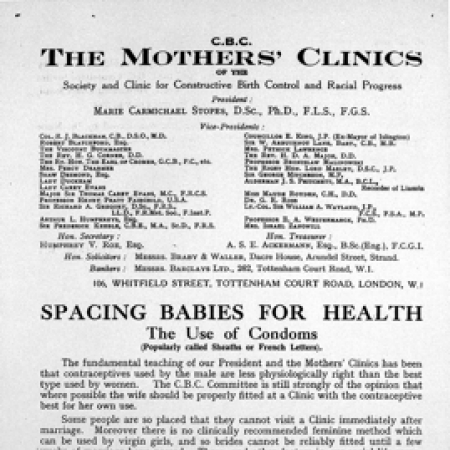