Ursula E. KOCH
Home › Encyclopedia › Topics › Gender and Europe › Gender and revolution in Europe from the 19th-20th century › Female allegories of the nation

The first female national allegories date back to Antiquity, and were either images of the self (Roma) or of the other (Hispania, Gallia, Germania, etc.). Other effigies emerged between the sixteenth and the late eighteenth century, such as the personification of the French Republic, Marianne. However, it was the “long” nineteenth century (1789-1914) that proved the golden age for these multivalent figures (monuments, busts, coins, stamps, caricatures), which multiplied during this period. Recognizable by their attributes, they were closely linked, for better or for worse, to the political history of symbolically represented countries. Their current presence (considerable in France and almost non-existent in Germany) varies depending on the European country. 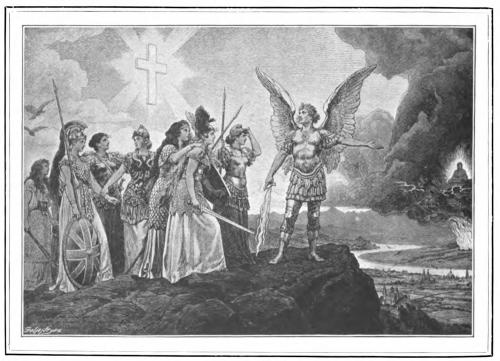 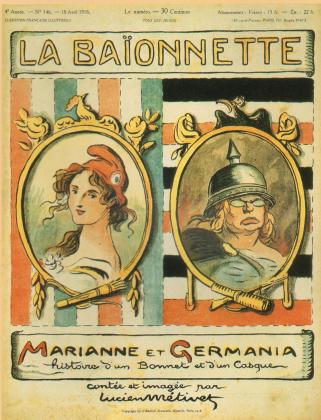 The first European allegories, which in addition to simple personification also symbolized the ideal representation of a geographic region, state, people, or city, date back to the Greco-Roman period. Since their appearance, they have sometimes been images of the self, and sometimes images of the other. For example, the first known statue of Roma dates to the first century BCE. Under the Imperium Romanum (27 BCE–476 CE), Roma, represented as a female warrior wearing a helmet, was the subject of numismatic effigies, heads, and statues. Throughout the Roman period, the obverse of certain coins showed the female allegories of vanquished enemies, such as Hispania and Gallia (the effigy of the Celts), and later Germania (beginning in 85-87 CE) or an allegory of England, a country partially occupied by the Romans, and whose attributes—the Corinthian helmet, trident of Poseidon, sword and shield—would later be used by Britannia.

Under the Holy Roman Empire (962-1806)—a vast agglomeration of territories that was confessionally divided beginning in the sixteenth century—Germania transformed into a radiant sovereign. She appeared in illustrated broadsides dressed in either the ancient or medieval manner. Other ancient allegories suffered a long eclipse. For instance Britannia, the future effigy of the United Kingdom and the vast British Empire, reappeared only in the early sixteenth century. Then in 1603, the effigy Italia Turrita recaptured the mural  crown once carried by Roma. Topped by a five-pointed star, she remains the oldest symbol of Italian identity.

Beginning in the sixteenth century, new allegories stood out less through their dress (often a long draped dress) than by their graphic attributes (headgear, weapons, etc.). This was the case for Polonia, who appeared in 1588 on a bas-relief; Württembergia, who appeared on a geographic map of the Duchy of Württemberg in 1651; Helvetia (1672), who initially shared her position with the male figure of William Tell; and Moder Svea (Mother Sweden, 1697). With the French Revolution in 1789 came a female allegory whose symbolism changed: she successively or simultaneously symbolized Liberty, the Republic, and the Nation, and enjoyed a probably unparalleled level of celebrity. The name of Marianne, however, was still rare, and did not fully take hold until the second half of the nineteenth century. As for the Phrygian cap and the fasces dating back to Roman Antiquity, they also inspired another female effigy in 1796, that of the Netherlands (Nederlandse Maagd).

The golden age of female personifications in Europe stretched from the French Revolution to the First World War. Following the example of allegories that already existed or were resuscitated, such as Hispania in 1869, many states created their own female national allegory: the Habsburg monarchy (Austria), Hungary (Hungaria), Prussia (Borussia), Bavaria (Bavaria), and Saxony (Saxonia). Often, as in Norway, Russia, Albania, or Serbia, it was supposed to protect the nation like a “mother,” whereas Finland prefered to represent itself by a pretty young girl (Suomi-neito).

Through the ingenuity of the period’s caricaturists, national allegories were occasionally doubled and even replaced by popular male figures that were supposed to reflect the nation’s mentality. Such was the case for Britannia and John Bull (small stocky man with a frock coat, top hat, and Union Jack) as well as Germania and Michael the German (Deutscher Michel), recognizable by his nightcap.

Female allegorical figures underwent many changes as a result of events from European history. In the history of the Polish nation, which suffered three partitions of its territory and the failure of multiple national insurrections, Polonia became a tragic figure. Liberty Leading the People, immortalized by Eugène Delacroix after the Revolution of 1830, was not yet called Marianne, but indeed personified revolutionary France. An icon of the French Second Republic (1848-1851), she disappeared from public life during the long years of the Second Empire. And it was indeed Marianne, henceforth inseparable from her red cap—sometimes adorned with a tricolor cockade—who was established with the proclamation of the Third Republic on 4 September 1870, in the middle of the Franco-Prussian War.

Germania represented the new German Confederation (1815-1866) only on rare occasions. Still, in a mural painting by Philipp Veit (1793-1877) that in 1848-1849 overlooked the assembly hall of the first German Parliament in Saint Paul’s Church in Frankfurt, she symbolized the heartfelt desire for German unity. It was only under the German Empire (1871-1918), proclaimed on 18 January 1871 in the aftermath of victory over France, that Germania—whose headgear was an imperial crown at the time—took her leading role as national allegory.

Female icons enjoyed increasing popularity in the form of monumental statues, busts (Marianne made her entrance in French city halls beginning in 1877), coins, stamps, medals, posters, and postcards. They appeared in paintings either alone, in twos, or in a group. This is demonstrated by a painting that became famous, for it was commissioned from the painter Hermann Knackfuβ (1848-1915) by Emperor Wilhelm II, and offered in 1895 to Tsar Nicholas II: in the face of the “Yellow Peril” (peoples of Asia), the archangel Gabriel implores the allegories of the peoples of Europe—Britannia, Italia, Austria, Mother Russia, Germania, and Marianne—to “protect their most sacred possessions.”

Like all national allegories, female emblems were part of the standard repertory of high-circulation, illustrated satirical newspapers. Using the effect of detachment Le Rire (The Laugh), Punch, Simplicissimus and many others presented them either as godesses, or deprived of their symbolic aspect “in one hell of a state.” Whether they liked it or not, in doing so they created certain enduring stereotypes, such as Germania carrying the spiked helmet or the Viking helmet, popularized by Richard Wagner’s The Ring of the Nibelung. During the Great War, national allegories served apologetic or destructive propaganda. They were reproduced not only in numerous satirical newspapers, but also in albums, posters, broadsides, and postcards.

In interwar Europe, Mother Russia was rechristened Mother Motherland, thereby better representing the multi-ethnicity of the Soviet Union. After 1918, Austria, Germania, and Italia personified republics before being relegated in favor of images of the national-socialist Führer or the fascist Duce. Some icons, such as Austria and Germania, no longer had an official function after the Second World War, and thus took on a lower profile. Britannia no longer represents British imperialism of course, but still appears on silver and gold coins, and offers amusement to press cartoonists. With regard to Marianne, she has lost none of her lustre, and this is true both for certain official events of the Republic (for example after the January 2015 terrorist attacks), as well as for press or humoristic drawings. New female national allegories have even been created in the twenty-first century, such as Mother Armenia. Finally, some effigies still provide the name for magazines (Marianne), football clubs (Polonia), airlines (Germania, in bankruptcy), cruise ships (Britannia), health insurance funds, and hotels. 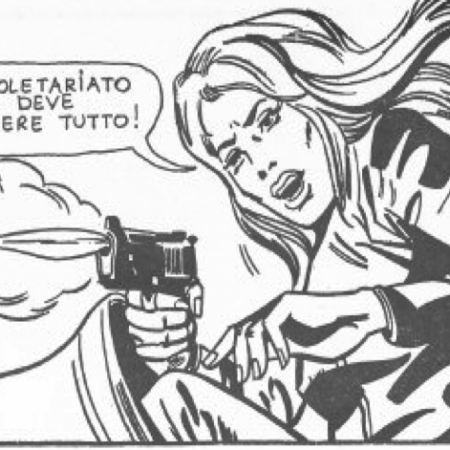 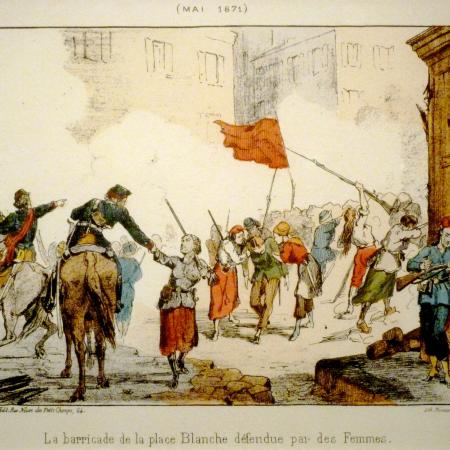 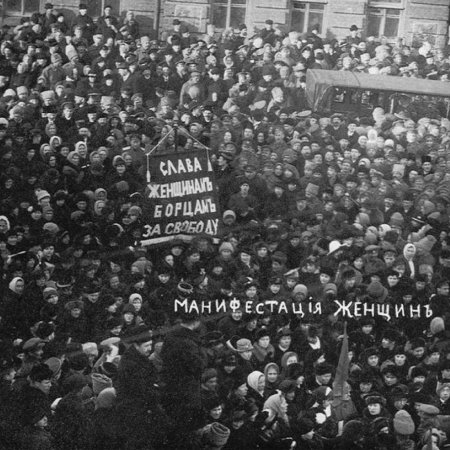 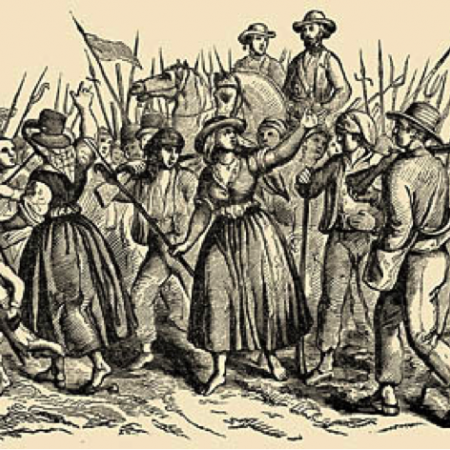