The classical association between women and superstition underwent a renewal in the second half of the eighteenth century. Their visions, healing powers, and powers of necromancy were re-evaluated and reinterpreted between the late eighteenth and early nineteenth century, albeit in light of new medical or spiritual knowledge dominated by men in major European cities. Ancestral beliefs and popular rites, including when they were practiced by women, were collected as national or regional treasures, while witches were reintegrated within the national history and spirit of peoples. However, this re-evaluation was always fragile and was offset by great scepticism which sometimes got the upper hand, as in the late nineteenth century, and which sometimes yielded to other more political interests, as in the 1930s. With the subsequent spread of the notion that superstitions are no more than relics, the question of gender has become less important. 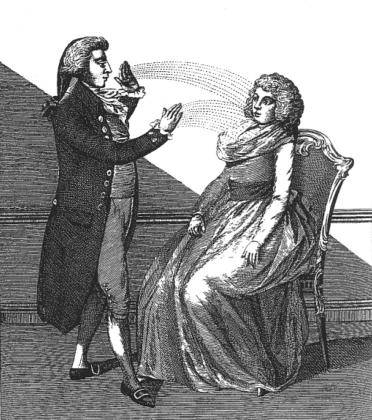 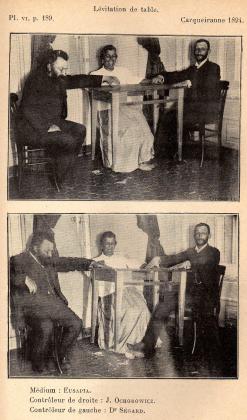 The Dictionnaire de l'Académie française of 1798 (5th edition) defined superstition as a “false idea of a certain practice of religion, to which one is attached with too much fear or confidence.” It adds by way of example: “Women have a great penchant for superstition.”

Since at least the eighteenth century, the classic oppositions between superstition and religion on the one hand and between superstition and science on the other, have been recomposed, with the lines between them becoming blurred. Nicole Edelman has shown for France how a few great men leading doctrinal renewal with a scientific impact—such as the German Franz Anton Mesmer (1734-1815) or the Frenchman Allan Kardec (1804-1869)—restored respectability to clairvoyance throughout Europe. For instance, a sleepwalker immersed in a magnetic state could become, in the hands of the learned hypnotist Mesmer, a source of progress. While mesmerism was not considered a superstition, the sleepwalker was seen as a superstitious woman whose penchant was rectified by the man of science. Similarly, the powers of the medium guided by spiritualist doctrine developed by Kardec from 1857 onwards were no longer related to age-old necromancy, but rather to spiritual telegraphy, which was not at all superstitious.

Of course, superstition is still considered as the sign of a primarily feminine weakness, and the biologization of the sexes helps strengthen the idea that women have too much imagination and not enough comprehension. They are supposedly more religious and more superstitious beings, and more sensitive to beliefs—like children and adolescents. In fact, it was frequently doctors who examined those who presented disturbing gifts, even though Lavater had opened the way beginning in the mid-eighteenth century. For example, in 1846, thirteen-year-old Angélique Cottin, nicknamed the “electric girl,” was one of the young girls closely examined by the Académie des sciences in its search for disorders, extraordinary abilities, and unknown forces. It was also doctors who examined, over a long period of time (1857-1877), individuals “possessed by Morzine,” whose convulsions, visions, and other trances were interpreted as symptoms of a collective hysteria, an illness that was strongly feminine.

For all that, and despite a fairly clear tendency towards the pathologizing of superstitious beliefs, the perception of witches, the clairvoyant and sleepwalkers was re-evaluated thanks to the emergence of other discourses arising from a rereading of the past. Jacob Grimm, who collected fairy tales and popular beliefs throughout Europe, redefined witches as wise women who were the protectors of ancestral traditions. Jules Michelet made the witch into a healer of the people, who was repressed by the conspiring of princes, jurists, theologians as well as legitimate and well-known doctors.

Thanks to this re-evaluation, which was connected to the emergence of the human sciences and the haziness surrounding knowledge of phenomena increasingly qualified as paranormal, some women recognized for their gifts as mediums succeeded in achieving a fairly paradoxical status as public speakers. They were in principle only the intermediaries between this world and the world of spirits, but it was solely through their gift and their words that the living could communicate with major figures from the past—most often men. They obtained this position outside the spheres consecrated by religion, which could recognize a power of expertise for visionary women in convents. For example, the Swiss medium Hélène Smith (1861-1929), who communicated in Sanskrit, became the privileged subject of observation in 1900 for the doctor and psychologist Théodore Flournoy (1854-1920). Eusapia Palladino (1854-1918), who was from a small and very poor Italian village, and who was married to a conjurer, conducted tours during the 1890s and 1900s in France, Germany, Poland, and Russia, and appeared in numerous salons. She was studied by scholars across the globe, from Conan Doyle and Cesare Lombroso to Camille Flammarion, Alexandre Aksakof, and Charles Richet.

Spiritual practices also enabled the development of forms of diversity that were fairly rare in nineteenth century European societies. The fashion of table-turning, which culminated in Europe in the winter of 1853, mixed men and women, who could hold each other’s hands intensely during séances, and carry out performances which sometimes blurred genders.

In the late nineteenth century, suspicions of fraud nevertheless discredited such feminine speech, and served to delegitimize this knowledge/power. Witches, clairvoyants, and mediums either became characters at funfairs or carnivals, or consultants in city offices offering a range of services detailed in advertising fliers. Their magic could also become occult, known only by a handful of initiates, and whose major magi were primarily men. The time of witches nevertheless returned. In 1930s Germany, Alfred Rosenberg used them to harshly criticize Christianity. Early modern witch-hunts were reinterpreted as the result of a Judeo-Christian conspiracy against Germanic traditions, and as an attempt to eradicate Germanic women (Frauenausrottung). Neo-pagan witch-dancing groups emerged to fight against established religions. Mathilde Ludendorff (1877-1966) was behind one of these groups, which blended Nazi ideology, radical feminism, racism, and anti-Semitism. Between the late 1920s and the early 1970s, witches were the subject of neo-pagan worship in Northern Europe. The discourses/practices were sometimes contradictory, as they could just as well involve the completion of old fertility rituals as the denunciation of the gynecides of olden times within radical feminist circles of the 1970s. What were considered to be old superstitions were reinterpreted and used against established religions.

However, the twentieth century would strengthen the idea that had been strongly present since the nineteenth century, namely that superstitious individuals belonged to residual groups within advanced countries, recruited primarily among geographically and culturally isolated individuals. This subsequently moved beyond the question of gender. In general, superstitions are no longer considered as the relics of old popular beliefs, destined to disappear in a world of spreading “disenchantment,” urbanization, and means of communication. Even when the ethnologist and anthropologist Jeanne Favret-Saada took an interest in sorcery amid the wooded countryside of Mayenne in 1969, she came up against this now dominant conception, which was shared by both the scholarly community and public opinion. 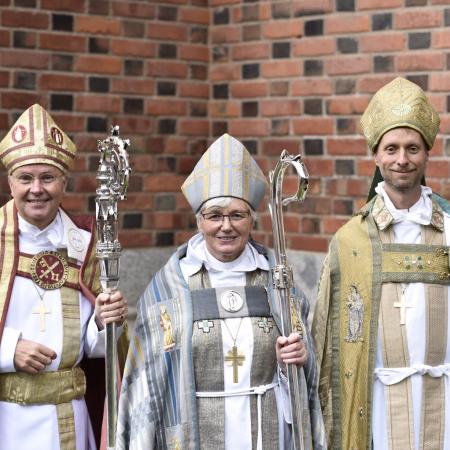 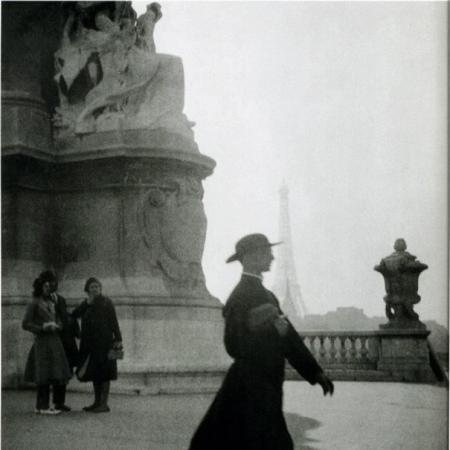 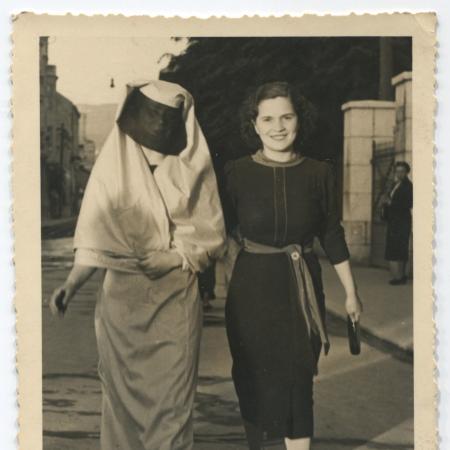