From the French Revolution onwards, military service became an essential step in the process of constructing masculinity within a militarizing Europe. The military-virile model that developed, including in nations that did not practice conscription, such as the United Kingdom before 1916, was based on subjecting men to physical and mental tests, the brutality of which was supposed to ensure effectiveness. Beginning in the 1860s, changes nevertheless emerged with respect to the training undergone by young men, in an effort to humanize the treatment reserved for soldiers, and to develop their physical and intellectual capacities. This model, which was at the origin of mass armies, was tested from 1914-1920, and generally emerged strengthened from the war years, before being highly praised by authoritarian regimes. In the aftermath of World War Two, there was, if not a rejection, then at least a gradual distancing from this masculine and warlike model on the part of European youth. 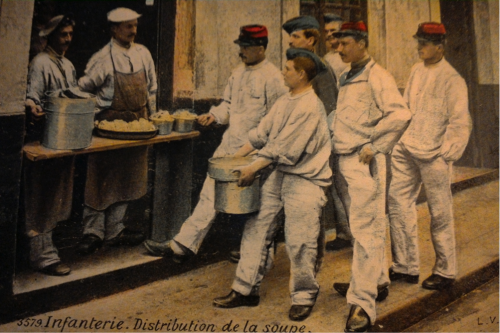 As nation-states emerged during the nineteenth century, Europe underwent a process of militarization. The continental states adopted conscription, and strove to make military service the means par excellence for the development of masculine citizenship. By subjecting the soldier to discipline that no longer relied on corporal punishment, and by teaching him to read and write the national language, the state sought to forge a strong and disciplined individual who would be at the service of the nation. The army was thus seen by rulers as an instrument for the socialization of young men, as a kind of school of masculinity as well as a tool for regeneration, especially when defeats considerably weakened national identity. This was the case in France after the defeat of 1870-1871, when the republicans finished shaping the army based on a redemptive model, through conscription that was more justly spread across the entire population, in accordance with the Prussian model that was first imposed in 1862, and later spread to the entire Reich in 1871.

The military-virile model emerged in this way, and was imposed in the late 1860s through the gradual spread of military service, which continued until the First World War. Europe made military service into a rite of passage towards adulthood before 1914, as in Republican France or Wilhelmine Germany. The promotion of citizen-soldiers within the army, seen as a model for the development and spread of the attributes of “modern virility” (George Mosse), was based on the bringing together of the social body, which was carried out in advance through masculine youth organizations, and afterwards through veteran associations.

In the nations that did not have conscription, such as the United Kingdom before 1916, local, collective, and national attachment was rooted in a dense network of associations—sporting, professional, municipal—along with a sense of solidarity, such as the fighting spirit with which elites and more popular circles were instilled. After the shock of the Second Boer War (1899-1902), the notion that sporting and military preparation could regenerate the vital force of a nation was behind General Baden-Powell’s (1857-1941) creation of a first training camp on the island of Brownsea in August 1907, and later the creation of the Boy Scout movement. In the Weimar Republic, although the army was reduced to 100,000 professionals in 1919, veterans’ associations, which included nearly three million men around 1930, began to form a reserve of youth, who were easily integrated into the Reichswehr, with the reestablishment of military service in 1935.

Once past a review by an examinations board (called the Conseil de révision in France), which separated the men “fit for service” from those unfit who were refused this license of virility, military service constituted the key moment in instilling discipline and testing recruits. In the early nineteenth century, the physical tests imposed on soldiers, such as long marches bearing a heavy load, sought to create a straight body, one that was firstly immobile, but also able to manœuvre in closed ranks to a rhythmic step in perfect cohesion as a group; this ability was based on the acquisition of infinitely repeated reflexes in the barracks courtyard or on the training field. In order to attain this objective, brutal methods were used to force recruits to obey, some of whom only understood their regional language. Being a soldier meant being armed: bearing and maintaining a weapon also took their place within a new corporal economy based on the complementary relationship between man and weapon,  considered as an additional limb. This new somatic culture, which was inseparable from masculinity, was founded on a system of representation that tightly linked body and soul, verticality and moral uprightness, immobility, as well as mental submission and emotional control. This educative model evolved over the course of war experiences, albeit without major upheavals: after 1870 in France, flexibility was sought through gymnastics and exercises with the canne de combat, boxing, and fencing, along with learning movement in open ranks, which was recommended by the new regulations for infantry exercises in 1875. After the Second Boer War and the Russo-Japanese War (1904-1905), the need for mobility increased, as did adapting to the position of lying down and to the uniform, which was still conceived of as an enhancer of virility. Closed ranks nevertheless remained unassailable, probably due to its extreme coercive function.

Endurance, the cardinal virtue of the soldier and thus the man, was also moral. The entry of the recruit into the masculine group formed within the barracks required adhering to the rules of communal life and the constraints associated with a small space, as well as the new complexity of bearing and maintaining a sophisticated weapon or equipment, whose irreproachable appearance was also seen as an essential sign of acculturation. The authority of more senior soldiers was exerted at all times, notably that of the bunkmate in the French army, which entailed individual leadership over each recruit, in addition to collective control. Domestic tasks, which were the domain of women in civilian life, fell to recruits under the strict authority of the “seniors.” The group’s self-discipline came down pitilessly on those who were weakest or the most resistant to its proper functioning, such as thieves, who were severely tormented. During the nineteenth century, European armies, notably those from major democratic nations that required conscription (Switzerland in 1874, Italy in 1875, Belgium in 1909), tried to limit this self-regulating violence (for example the ban on bullying in France in 1887), although these efforts were unsuccessful given the extent to which bullying was a prerogative for these communities of men, who were preoccupied with preserving their control over the initiation of younger members.

Under fascist regimes, the masculine training and virile qualities embodied in the soldier reached new heights. Their collapse explains the decline of the military-virile model in Western Europe. Masculinity gradually freed itself from these traditional codes of virility, which were replaced by other more modern criteria, such as reason and social success. In France, this change was noticeable at the end of the Algerian War (1962). In the Soviet Union after 1945, and even more so in post-1991 Russia, youth showed a profound lack of interest and even repulsion for a particularly brutal institution, in which the most humiliating forms of bullying persisted. While the professionalization and feminization of the military has gained ground almost everywhere during the twenty-first century, the military-virile model is still very present in the elite units deployed in external theatres of action, but no longer occupies a central role in the formation of male youth. 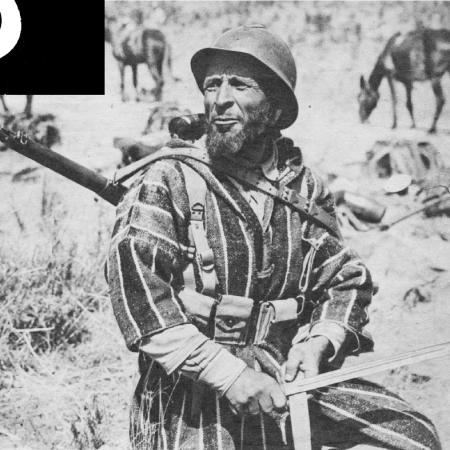