During colonization in the nineteenth century, European countries imposed a political violence which stemmed from their military and economic superiority. The order based on white supremacy was accompanied by specific gender relations, formed far from the home country and thriving on an often-ambivalent imagination regarding indigenous men and women. Practices were consequently quite varied, ranging from cohabitation to the use of colonial soldiers, to bloody repression and the regulation of prostitution. Up until independence, the political order went hand in hand with questions of gender and “race,” regardless of the home country involved. 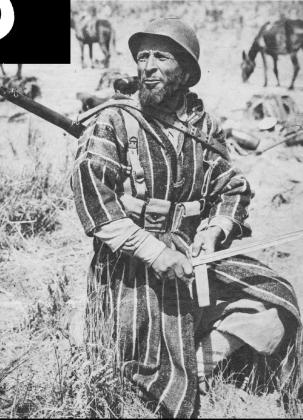 Until the nineteenth century, slavery was one of the central foundations of relations linking the European powers and the societies they colonized. The violent system of exploitation was justified by arguments which always highlighted the contributions of white Christian men to humanity and civilization. As members of what were considered inferior “races”, slaves were—like things—the property of their masters. According to their gender, men and women were given specific roles in the slave economy: women in particular were also the victims of sexual abuse on the part of their masters, and could be deprived of their children, who were also the master's property. The abolitionist movements which developed in home countries denounced this sexual violence against female slaves. However, this economy was transformed during the nineteenth century, as slavery was gradually abolished by France, Great Britain and Spain, along with the Netherlands, Denmark and Portugal. Yet in practice, slavery sometimes continued for a number of decades after its abolition.

For all that, violence took on other forms in empires whose foundation still remained the assertion of white superiority. The colonial expansion of the nineteenth century established economic domination, in which the principle of white supremacy continued. Whether it was a matter of violent wars of conquest or the bloody suppression of indigenous uprisings, the importance of military force was a constant in all colonial societies. This force was ultimately in the hands of Europeans. A highly specific model of masculinity was thus constructed in the colonies, one that was warlike and heroic,  characterized by putting the body to the test  and by confronting a hostile world.

This virility was also marked by contact with indigenous women, as European women were very rare in the colonies. Heirs to an age-old imaginary regarding slave or eastern women, indigenous women were often seen as being more sensual. They sparked erotic fantasies in which they would give themselves whilst shying away, ultimately restaging through sexual relations the initial scene of conquest and territorial domination. As a result, whether this involved the Ouled Naïl dancers of Algeria, the Nautch dancers of India or courtesans or domestic servants reduced to a state of slavery by their local masters, the colonizers struggled to grasp the specific features of colonized societies, and quickly contributed to spreading practices which more clearly resembled prostitution.

Colonial virility could also be accompanied by cohabitation with local women, the beginning of a social and cultural intermixing which struggled to survive the arrival of European women in the colonies at the turn of the century  who subsequently acted as the guardians­—sometimes relentlessly—of a white civilization which they embodied. The presence of European women also gave rise to a recurring fear in the colonies, that of their rape at the hands of indigenous men, who were associated with uncontrolled sexuality and a desire for vengeance which would take itself out on European women. Although as men they were seen as a sexual danger, as the colonized the matter was more complex.

Over the course of military expeditions a conception of the peoples in an empire developed, one which not only established a hierarchy between the “races” to which they supposedly belonged, but which also identified them according to their warlike qualities. The relation to violence thus became a principle of social organization. Men from what were qualified as “warlike races” were prompted to start military careers, and were used in the many armed actions that characterized empires, before being enlisted in the two global conflicts. Although the British did not resort to using their imperial contingents in European trenches, this was not the case for the French, who quickly yielded to the arguments put forward by General Mangin, who argued in favour of the advantages of using “black force”. All of the Empire’s territories thus contributed to the war, with considerable numbers coming from French West Africa and North Africa in particular. French propaganda did not hesitate to use their enlistment to frighten the enemy: although the colonized were described as being good soldiers, when it came to the Triple Alliance, their still savage character and ability to handle knives were emphasized. After the defeat, during the occupation of the Rhineland, the French once again used colonial troops for their terrorizing and humiliating dimension: not only was part of Germany occupied, but it was being done so with African soldiers. The Germans developed from this a “black shame”, which the sexual crimes committed by French soldiers only worsened. They remembered this in 1940 when, once established as the occupier in France, they quickly seized the monument erected in Reims honouring the black army.

It was once again a black army that France mobilized in an attempt to oppose the all-powerful Nazis in Europe. Setting out from Equatorial Africa, its ranks swelled primarily through contributions from North Africa, but it was ultimately whites who were preferred for the return to France after the successful landings in Italy and Provence. The authorities of the Resistance were capable of using men regardless of their ancestry­—even emphasizing their aptitudes to violence—but for all that, they did not neglect the symbolic aspect of the liberation of the territory, preferring to have a maximum number of whites associated with it. Moreover, in Italy Moroccan regiments were guilty of mass rapes. Considered as war booty after particularly difficult and deadly military operations, Italian women suffered from a violence which was largely tolerated by the high command, in the name of the specificity of Moroccans as well as the ambiguous status of Italian nationals following their country’s surrender.

Sexual violence was also present for populations of uncertain loyalty during the independence struggles which heralded the end of empires. These were never systematic campaigns of rape, but rather violence with a strong sexual connotation, as was the case in Algeria, where France resorted to the massive use of torture against the men and women it considered to be “suspect”. That said, women and men were not considered on equal terms. Men were easily categorized as insurgents, whether they took up arms against the colonizers or not. Their violence and savagery could become arguments for repression. On the other hand, European countries had a more ambivalent view of women, calling on them to join the civilization and peace embodied by the colonizers. For instance, targeted social aid programs were implemented in the middle of the war in Algeria, and women’s clubs called Progress Among Women were encouraged within the Kikuyu in Kenya, despite political bonds which could link them to the insurgents. In fact, it was not only a matter of overcoming an enemy, but of reorganizing relations between the colonized and the colonizers. With the end of empires these projects were left unfinished and it would henceforth be in the home countries themselves that the question of gender relations, “race”, and violence would be raised with the arrival of migrants from former colonized territories. 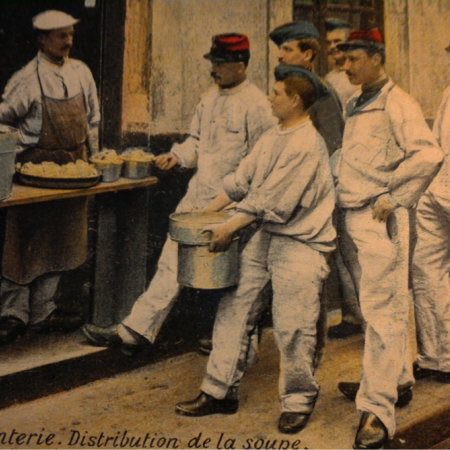