During the 1960s and 1970s the Portuguese clandestine political movements that opposed the dictatorship in power operated two radio stations­—Rádio Portugal Livre and Rádio Voz da Liberdade—which played a significant role in furnishing alternative versions of events taking place in Portugal and in the international arena during the Cold War. Broadcasting from Romania and Algeria, the two stations were set up as the colonial war between Portugal and the independence movements emerged in the African territories under its rule. Shortwaves crossed European inner and outer boundaries, and connected the global, the imperial and the national contexts in a transnational way. 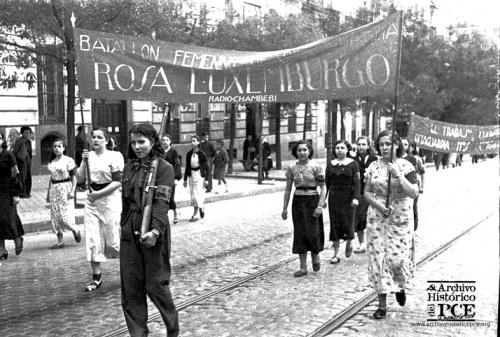 A demonstration against Franco, in Madrid, November 7th, 1936. Women carry a banner with the inscription “Radio-Chamberi”, with reference to a Spanish communist radio. Rádio Portugal Livre, created in 1962, takes its inspiration from these Spanish communist radios. Source : Archives historiques du parti communiste espagnol 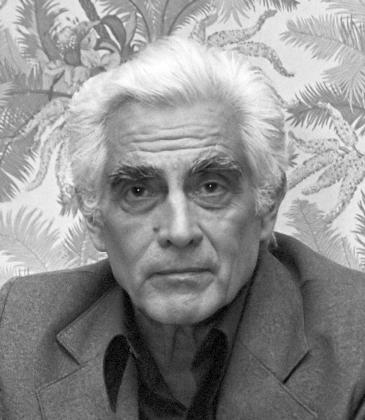 After the end of World War Two, Portugal continued to be ruled by a dictatorship led by Salazar, known as Estado Novo (New State). In 1946, Portugal’s application to the United Nations was backed by Britain and the United States, which ended the hopes of all those who expected democracy to be imposed in the country. Furthermore, the regime’s ideology continued mostly untouched in the post-war era, especially in relation to its colonial ideals. For Salazar, the Portuguese colonies were an integral part of the country and despite international pressure, dialogue with the independence movements was not even considered an option. This made war inevitable, with combat starting in Angola in 1961, spreading to Guinea Bissau in 1963 and to Mozambique the following year.

While thousands of young Portuguese men were being shipped to fight in Africa, the political opposition movements, forced into a clandestine existence, considered it crucial that they speak directly to the Portuguese population. Trans-border broadcasts operated by the internal opposition were then set up which reached the country from abroad. This finds a clear parallel in Spain where the Communist Party had established Radio España Independiente (Independent Spain Radio) back in 1941.

Rádio Portugal Livre: the official voice of the Communist Party

The first station to be created abroad by the Portuguese opposition was Rádio Portugal Livre (Radio Free Portugal). Established by the Portuguese Communist Party, with the help of the Soviet Union, it started to operate in March 1962, broadcasting from Bucharest, Romania. Its origin was, however, kept secret. The leader of the Portuguese Communist Party, Álvaro Cunhal, spoke frequently on the station’s microphones, conveying his ideas on the political situation. For example, after Marcello Caetano replaced Salazar as Head of Government (which happened in September 1968), Cunhal used the station to make it clear that, despite the more liberal phase which the Estado Novo had supposedly entered, the Party would continue its clandestine activities against the regime. Although it presented itself as ‘a Portuguese broadcaster serving the People, Democracy and National Independence, Rádio Portugal Livre was clearly the voice of the Communist Party, and therefore its listenership was not widespread but mostly confined to those who were involved in activities against the regime in power.

Reception conditions were not always stable, but on most days it was possible to tune in to the broadcasts without great difficulty. Initially the station broadcasted daily in two different time slots, from 3.10pm to 3.40pm and from 10.15pm to 10.45pm. Transmissions would expand during the following years reaching three hours of daily programming in the summer of 1967.

Rádio Portugal Livre functioned with a small staff of seven to eight people that gathered information on events taking place in Portugal in an attempt to familiarise listeners with what they could not read about in the local press or hear about on local stations. All demonstrations against the regime received particular attention in the broadcasts, including the student struggles and strikes that mushroomed in various sectors throughout the 1960s. The colonial war and international isolation of the country were also recurring themes, with emphasis given to Portuguese losses in the war and the plans of the independence movements. Indeed, throughout its history the station aired several interviews with the leaders of the independence movements in Angola, Guinea Bissau and Mozambique.

During the twelve years the station was on air, it aimed to promote the overthrow of the Estado Novo and the implementation of a communist regime. To that end, news was broadcast opposing not only the Lisbon government but also the Western powers which, according to the broadcasts, were taking advantage of Portugal and its people. In an interview in 1972, Cunhal accused the Estado Novo of transforming the country into a ‘den of international monopolies and a military trampoline for the more aggressive circles of imperialism’.

In the year that followed the creation of Rádio Portugal Livre, a second station operated abroad by Portuguese exiles also started to broadcast through short and medium waves. Initially named as Rádio Voz da Liberdade (Radio Voice of Liberty), it was set up by the FPLN (Portuguese Front for National Liberation) with the support of the Algerian government. The FPLN had been created in December 1962 as an attempt to unite several political movements into one single organization. Throughout its history the Front faced many internal tensions with several member entities dropping out over the years. It culminated in the Communist Party exiting the organization in 1970. This left the Front under the control of supporters of direct action, creating the Revolutionary Proletariat Party, a movement of the far left that changed the name of the station to Rádio Revolução (Radio Revolution).

Despite all the turbulence that affected FPLN, Rádio Voz da Liberdade acquired a significant number of listeners in Portugal during its lifetime, particularly after Marcello Caetano became Head of Government. All information indicates that it had more listeners than Rádio Portugal Livre, even though its broadcasts were always limited. After an initial period, during which it aired only one broadcast per week, on Saturday night, a second broadcast was added in the summer of 1965, on Wednesdays.

Similar to Rádio Portugal Livre, the broadcasts from Algiers placed particular emphasis on the colonial wars. This included reports on the actions of independence movements and interviews with soldiers who had been captured by pro-independence forces. The prisoners told how they had been imprisoned and always stated the humanity of their captors, pointing out how well they were being treated since they had been forced to abandon war operations. Besides demonstrating that the dictatorship of Salazar had plunged the country into a senseless war, Voz da Liberdade often equated the struggle in the Portuguese colonies to the East-West conflict, conveying the idea that the war appealed to Western powers that were benefiting from the Portuguese war effort as they were the main suppliers of weapons and munitions to the Lisbon government. Thus, the accusation that the government of Salazar yielded to American imperialism was recurrent in broadcasts.

Throughout the 1960s and early 1970s the colonial wars became the main reason behind the anti-regime protests that took place in the country. It therefore became a central topic in the programming of both stations. Besides being a weak point of the Estado Novo, as almost all families had young men fighting in Africa it was a topic to which listeners could easily relate.

Even though all evidence points to the fact that both Rádio Portugal Livre and Voz da Liberdade were not massively listened to, they did play a significant role in making important sectors of the Portuguese public aware of the agenda of the independence movements in the African colonies. Although one cannot say that these broadcasters had a direct role in the overthrow of the Estado Novo that took place on 25 April 1974, they certainly did steer anti-dictatorship sentiments and provided an important boost for the morale of all those involved in undermining the authoritarian regime. 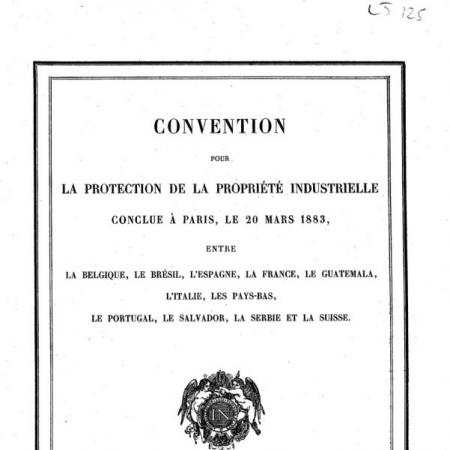 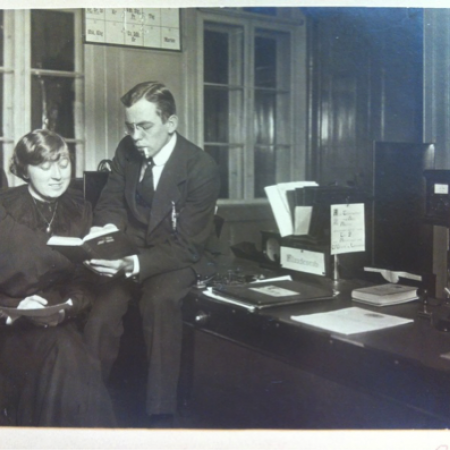