In 1882-1883, the first International Polar Year (IPY) took place in the Arctic and Antarctic. It was both part of an ongoing process and a turning point in Western polar exploration. It built upon a long-standing interest in the nature of the polar regions, but focused on systematic scientific research and international collaboration rather than on economic gain, geographical discovery and solitary endeavours, which had been the major characteristics of polar exploration. It laid the foundation for polar science as an international research field. The history of the IPYs is therefore a history of the internationalisation of science. 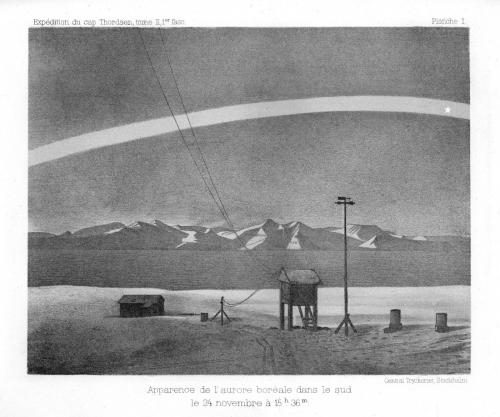 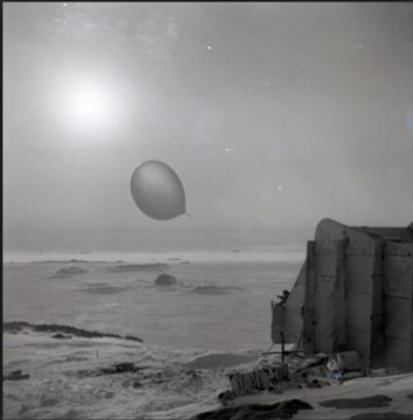 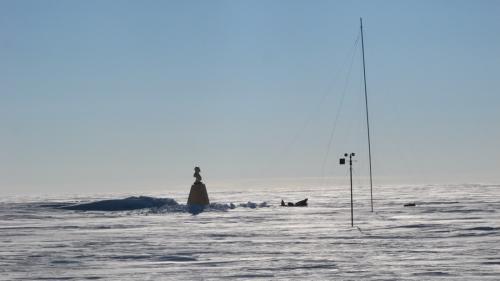 The bust of Lenin installed at the Antarctic pole of inaccessibility in 1957, photographed in 2007. Source : Wikimedia Commons.
Summary

Whilst the first IPY was a cooperation between different nations, the following International Polar Years (1932-1933; 1957-1958; 2007-2009) adapted a more transnational character, shifting their focus onto the scientific findings rather than on the contributors’ nationality. The scope of the research topics was broadened, and the research practices adjusted to correspond with technological changes and new knowledge.

Despite their international execution and scientific aims, the IPYs were also embedded within political contexts and agendas, from imperialist and colonial ambitions in the 19th century to discussions about the political future of Antarctica in the 1950s, and to a more democratic and inclusive approach in the 2000s.

The limits of expeditionary science: the First International Polar Year (IPY) in 1882-1883

The first International Polar Year (IPY) was initiated by the German Austro-Hungarian navy officer Carl Weyprecht (1838-1881, also spelt Karl). As a result of spending more than two years in the Arctic as co-leader of the scientific Austro-Hungarian polar expedition (1872-1874), he became critical of the national-minded polar expeditions with their focus on geographical exploration and their race for the poles. He emphasized in a speech in 1875 and a pamphlet published in 1876 the necessity to focus on coordinated and systematic scientific research in the polar regions in order to understand the laws of nature. Research should be conducted in international collaboration and on fixed stations to ensure reliable observation rather than single-handedly by individual expeditions moving from one place to another. Whereas Weyprecht could draw on an already existing network of researchers and activities with similar aims for international polar cooperation, it was his speech and the following pamphlet that set the process in motion, which would lead to the later so-called First IPY.

Several conferences and many hindrances later, and with the help of state and private funding, the first expeditions set off to the polar regions in summer 1882. The Austro-Hungarian Empire, Denmark, Finland, France, Germany, the Netherlands, Norway, Russia, Sweden, the United Kingdom, and the United States established twelve stations in the Arctic and Sub-Arctic and two in the Sub-Antarctic. Other countries participated with auxiliary stations, and ships contributed with collecting data. However, despite its aim to be international and contributions from South America and Japan, from today’s standpoint it was primarily a European and North American enterprise.

The observation and collection of data followed the same strict instructions for all participants regarding use of instruments, time of observation and taking of notes. The research was to be conducted from 1 August 1882 to 31 August 1883, with the official programme starting 1 September 1882. The main subjects to be studied were meteorology, geomagnetism and the polar lights, but the individual stations added other topics, such as geographical, oceanographic and ethnographical research. Despite the mass of comparable data collected in the polar regions, the nation-based structure of the first IPY was to have an incisive effect on the results: the scientists published their results nationally and not in collaboration, impeding a systematic and thorough comparison of the data. In addition, the limited period of one year observation did not provide enough material for in-depth analysis. However, the transnational and translingual instructions paved the way for a standardisation of terminology and greater awareness of the various scientific approaches, and they helped to establish polar science as a research field.

The IPY was renewed twice in the 20th century: first in 1932-1933 (IPY2) and a second time in 1957-1958 (International Geophysical Year, IGY). The scale of the venture grew each time. Over 40 countries partook in the IPY2, with a total of 60 stations. Colonial powers like France coordinated their participation with the establishment of research stations in their empire. The IGY was an even larger event, with more than 2400 research stations and around 60 000 participants, including 10 000 scientists. Originally planned as a third IPY, it was renamed the International Geophysical Year because of its inclusion of non-polar studies and to emphasize its global scale. Both the IPY2 and the IGY produced a wealth of scientific data, the sharing of which was their main objective. The world wars exposed the risk for safeguarding such data, and the IGY established three World Data Centres that would each hold a copy of all the collected data.

Because of the post-1929 economic crisis, there were no stations on the Antarctic continent during the IPY2. During the IGY, on the other hand, 68 research stations were installed in Antarctic and sub-Antarctic territories. The organisation of the IGY was initially dominated by US-scientists, but with time other countries such as the Soviet Union participated as well. Whilst politics were an integral part of the IGY–an Antarctic Soviet station was decorated with a bust of Lenin, still to be seen–, there was extensive collaboration, making the IGY a notable success in the context of the Cold War. It contributed to the Antarctic Treaty (1959), in which all the claimants to Antarctic land agreed to assure peace and the freedom of scientific research on the continent.

The studies were also extended vertically. As a result of the development of commercial flights in the 1920s, there was a need to better understand meteorological and magnetic phenomena in order to forecast flight conditions. This was one of the arguments in favour of arranging the IPY2. New technologies such as planes thus reinforced the need for ventures like the IPYs, and they also changed the way science was conducted: transporting scientists and their equipment to the polar regions became easier, and even more so in 1957.

This new focus on the sky in the 1930s was also reflected in the growing use of radiosondes. These sounding balloons, equipped with radio transmitters, reported on the wind speed, the temperature or the air pressure directly to the research station. The IGY continued these studies and investigated also the upper atmosphere. This was due in particular to the invention of rockets and satellites. In 1957 the Soviet Union had launched the first artificial Earth satellite, Sputnik. These new technologies within space exploration were central to the fourth IPY in 2007-2008.

Data from the IGY but also from the first two IPYs have been re-examined several times during the 20th and 21st centuries. This illustrates the long-term value of these massive data-collecting enterprises, for example for the study of climate change, despite the limitations of the oldest data. However, more data were needed to understand phenomena such as the ozone hole, the melting of the ice and the thawing of the permafrost. It is therefore not surprising that many scientists lobbied for a fourth IPY, on the 50th anniversary of the IGY. The fourth IPY returned to study the polar regions. The number of participants was similar to that of the IGY, with approximately 10 000 scientists and 50 000 participants in total. The IPY4, like its predecessors, benefited from technological improvements. Observations on the ground were complemented not only by plane-borne observation but also by data provided by satellites.

The globalisation of polar research continued with the IPY4. Notably, more Asian countries participated. Only 37 countries created formal IPY committees, but scientists from more than 60 countries participated, indicating that states, although they remain an essential source of funding, are no longer necessarily central actors in the organisation of such a venture. This turn to a less top-down organisation is also visible in that the IPY4 was the first to explicitly pay attention to its ‘Indigenous Partners’ and to the communication of science in general, a testimony to the fact that the world and scientific approach has changed since the first IPY. However, considering that still many countries, e.g. in Africa, are not involved in the IPYs, there is still a way to go before one can speak of a true globalization of polar research. 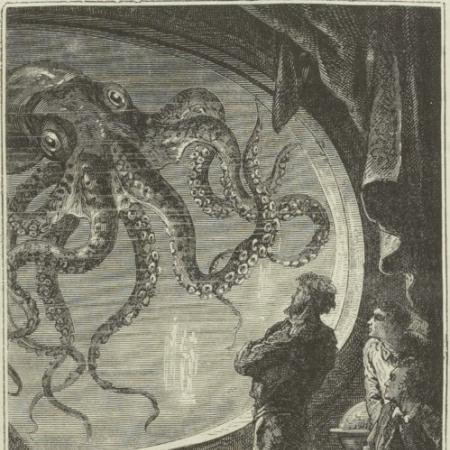 The underwater exploration of the Mediterranean, from the surface to the deep sea 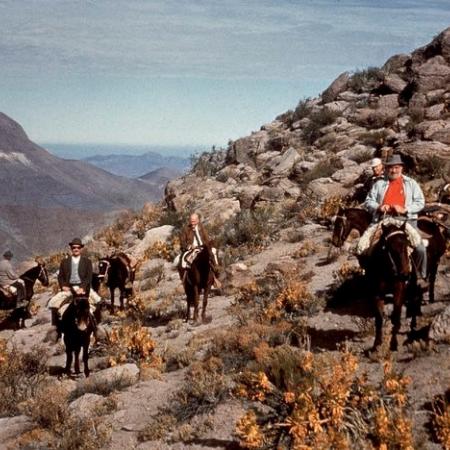