The production of manufactured gas to revitalize urban lighting grew out of scientific interest in gas that began during the eighteenth century. Gas power, which entered an industrial stage of development, experienced widespread expansion in Europe from the 1840s onwards. However, the setting up of gas plants in the urban environment met with a range of opposition, which was discreet but constant among local residents, and received media attention during terrifying explosions.  The rise of gas power depended in equal parts on its economic profitability, as well as its capacity to master environmental risks. 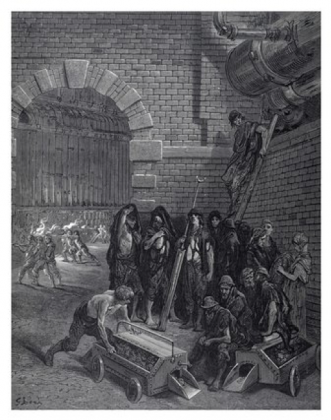 Before the establishment of a gas industry throughout the European continent during the nineteenth century, interest in the production of illuminating gas was broadly shared by the community of chemists and physicists in late eighteenth-century Europe. It was seen by all as a new technology stemming from the research conducted during the Enlightenment, which contributed to knowledge about gas. Minckelers from Limburg developed his research at the University of Leuven and published a thesis in 1784. The Frenchman Lebon filed a number of patents and promoted his thermolamp between 1796 and 1801. In Germany, Winzler conducted numerous demonstrations during the 1800s.

From scientific conviction to fearful city-dwellers

The concerns prompted by the production of illuminating gas became noticeable only with the implementation of gasworks. The topic changed in nature and became a central issue in England and France around the 1820s. While ideas circulated, technical applications were initiated only in the English context, with its advanced level of industrialization. The Boulton and Watt gasworks established near Birmingham emerged as the initiator of illuminating gas between 1802 and 1810, although it inaugurated the gas industry more than it produced it. The creation of the Gas Light and Coke Company in 1812 truly launched the creation of gas companies, whose development required financing, official support, technical mastery and the conviction of urban populations contending with this novelty.

The interest of initial shareholders was heightened all the more, as the rise of certain companies was quickly supported by both the pooling together of assets and ownership of concessions in a number of cities. The patronage of the French King Louis XVIII subsidized a royal company in Paris in 1818, and that of the Spanish King Ferdinand VII, who honoured illumination experiments in Barcelona with his presence in 1827, set the tone for modernizing elites. The expansion of an urban gas industry that distributed gas through networks located beneath street-level became one of the new established techniques, in the same manner as water conveyance, or the promise of rail travel that followed the building of each train station.

However, faced with streets ploughed up for the laying down of pipes, fetid emissions, and the pollution associated with the first gasworks, ranging from fumes that beset the air of neighbourhoods to putrid runoff in adjacent plots, resistance to change was voiced.  Immediate users, such as certain Glasgow or Paris storekeepers, ultimately renounced its use after being dissatisfied with the heat and soot that the gas spouts produced in their shops. Residents who lived near gasworks increasingly complained about the proximity of an industrial site that, while limited, nevertheless remained a nuisance. Gasworks were indeed located in the heart of the neighbourhood they were meant to serve. Even worse, the first spectacular accidents, such as the dozens of explosions that marked London and Paris in the early 1820s, prompted major concern. Literary satires and horrifying engravings associated the production of gas with a permanent state of danger. While regulations provided oversight of gas-based activity, the effectiveness of these texts was far from being widespread. In France in 1824, the first gasworks were listed in the second category of unhealthy installations, which had been classified by national legislation in 1810. The production of illuminating gas spread to workshops for producing acid and white lead, or for combing hemp, in addition to smokehouses.

A dual opposition emerged. Gas-related accidents sparked urban fear which some compared to the dread of explosions in gunpowder factories, or the potential ravages of major fires. Furthermore, its proven nuisances mobilized local residents, who denounced both the devaluation of neighbourhood real estate as well as its unbearable discomforts. Municipal authorities and legislators met this new hindrance with a solution that did not prevent the creation of new lighting networks, but instead circumvented the problem: gas factories had to be located on the outskirts of cities. They had to share the fate of bloody slaughterhouses and stinking sugar refineries. The expansion of real estate nevertheless caught up with these isolated industrial locations in a few short decades.

From the expansion of a technology to the monumentality of factories

After the 1830s and its experimentation, gas technology identified coal distillation as the most effective means of obtaining illuminating gas. The process of purifying and condensing gas, in addition to storage in gasometers and the collecting of distillation by-products, which became so many commercial products, was established for the long-term between the 1820s and 1840s. The distribution of gas through a network of pipes branching out from the production site—linking streets, neighbourhoods and eventually entire parts of the city—followed the same pattern in England, Belgium, France, and Germany, and slightly later in Italy and Spain. The gas network became an urban reality in both the metropolis of Berlin, with over 500,000 inhabitants in 1826, and the city of Leipzig, with a population of 74,000 in 1838. Thirty-eight operations opened in Denmark in the space of a few years. Hamburg and Naples were equipped with factories in 1844, and Lisbon in 1848, as the supply of coal through the port facilitated gas production. Other solutions were explored, such as the use of wood thanks to nearby forests, but more so when supply channels became too burdensome, rather than through any sense of awareness towards nature. However, the solution that prevailed in Zurich in 1856, or in Salzburg the following year, was far from being the primary path taken. Similarly, the use of gas produced from peat, which was attempted in Copenhagen in 1860, and was interesting due to the purer and whiter flame that resulted, was not pursued due to a lack of profitability. In general, the gas industry indeed became the child of the coal economy during the second half of the nineteenth century.

The risk associated with it gradually decreased through better technical control and efforts towards increased security, which engineers shared through their international associations. While spectacular accidents became rare, the environmental risk was still not mastered. Conservation containers for tar were not always made of watertight sheet metal. Pipes with defective joints allowed up to 10% of the gas produced to escape underground. The removal of incandescent coke from ovens in factory courtyards regularly released thick yellowish smoke rings into the contaminated air of industrial zones. The case law responded to trials with industrial utilitarianism, by tempering the assessment of problems. At the same time, municipal authorities reinforced control through normative adaptations, such as the City of London Gas Act, which intensified control of sulfur gas content in 1868.

Gas power nevertheless took its place within the urban environment through emblematic sites, whose history is a potential medium for a new approach to a shared European material civilization. There were at least 600 gasworks in France in 1878, and 461 in England alone in 1881. There were 83 in Belgium in 1913. The forms taken by gasworks were not the same from one country to another, although the configuration of the premises remained similar. The brick gasometers of Vienna stood in contrast to the metallic structures used for Barcelona’s reservoirs. Their varying size showed the extent of their presence, with 11 gasometers possessing a capacity of 400,000 m3 in Berlin in 1864. Not all factories were as large as the Beckton gasworks’ dozens of hectares in the London docks, yet gasworks always appeared on city maps, even for those with only a few thousand inhabitants.  The silhouette of a gasworks was a familiar sight for nineteenth-century Europeans. 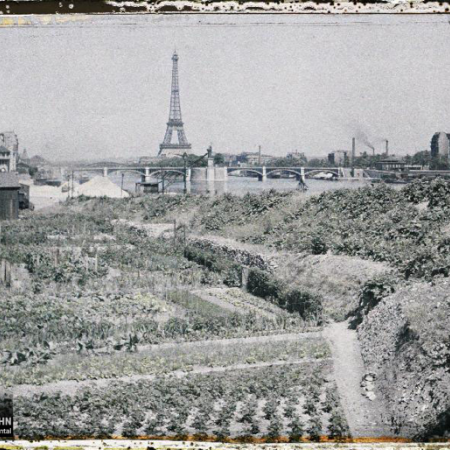