Poland faced an existential threat to its rebirth after World War I. As a result of severe political tensions with neighboring countries and a weak domestic industry, ports and inland rail traffic became crucial to its social, economic, and military sustainability. Polish needs were not fully satisfied by the Versailles Treaty in terms of access to the sea, with only a narrow strip of land connecting it to the Baltic. This so-called corridor proved to be a permanent flashpoint in Polish-German relations. However, the granting of rail transit rights to Germany was economically advantageous for Poland, with the added benefit of creating a platform for cooperation. Poland actively sought to make the geopolitical notion of ​“Intermarium” a reality by integrating partner-countries via a network of railways connecting the Baltic, Black, Aegean, and Adriatic Seas. The project resulted in failure, directly affecting Poland’s tragic situation in 1939. 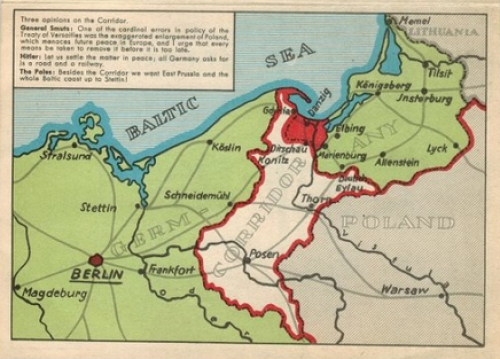 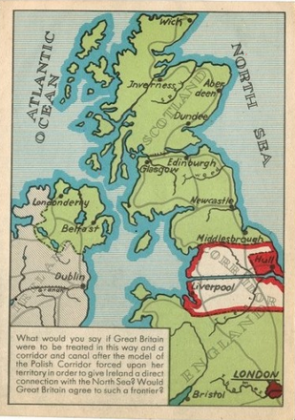 From its very creation, the Second Polish Republic was surrounded by countries with which it had a history of extremely difficult relationships. Latvia and Romania were the only exceptions, with the latter forming an alliance with the Second Polish Republic in 1921. This alliance was built on shared fears of Soviet expansion, and was made possible by both countries having treaty relations with France. This could theoretically have provided an opportunity to include all regional countries under the auspices of Paris, but attitudes towards Hungary largely stood in the way. Warsaw and Budapest had traditionally had friendly relations, however hostility to Hungarian revisionism was a major factor that united Czechoslovakia, Romania, and Yugoslavia into an alliance known as the “Little Entente.” This situation posed a huge threat, for in the event of war, Poland could not count on neighbouring countries to supply armaments, requiring them to be imported from overseas.

Gdańsk Bay on the Baltic Sea was the traditional route for Polish international trade. The Treaty of Versailles granted Poland a narrow strip of land in former West Prussia that connected it to the Baltic Sea, although this did not include Gdańsk, which remained a Free City despite its clear gravitation towards Germany. Furthermore, due to the location of the land—sandwiched between German territories—there was no guarantee of continual unrestricted access to the Baltic. Another issue was the fact that even though Poland was allowed to use the port and manage the railways in Gdańsk, its rights were very specific, and it had no way of controlling events that could hinder that process. An attempt to remedy the situation was the construction of a large port in Gdynia starting in 1926, as well as the introduction of the Coal Trunk-Line, which provided rail transport for coal from Upper Silesia northward to the Baltic Sea, and materiel in the opposite direction. However, there was no doubt that in the event of conflict with Germany, this avenue would be cut off immediately. There was no serious alternative route (such as air transport) for exporting Polish goods and importing materiel.

Transit through Pomerania – cooperation through conflict

The existence of the so-called “corridor” was a constant source of German protest. For Germany, the creation of the Polish Pomeranian Voivodeship was the most visible effect of the hated Versailles Treaty, as it separated East Prussia from the rest of the country. However, a convention signed in Paris in April 1921 afforded Germany wide-ranging access rights to rail transit through the “corridor.” Although necessities such as border controls and visa obligations were somewhat inconvenient, the transit rules were amongst the most liberal in Europe. By 1925 actual travel time between Berlin and Königsberg had been reduced to pre-World War I levels, and by 1939 it was further shortened by almost three hours. Despite the existence of an alternative sea route, rail transit accounted for 63-71% of German trade traffic to East Prussia. This was also profitable for the Polish side, accounting for an average of 74.45% of all transit traffic through the country between 1927 and 1938, revenues from which represented over 7.8% of the budget for the Polish State Railway. This transit link proved to be a platform for cooperation between the two countries—which was practically impossible in other fields—as they were forced to deal with aspects such as maintaining rolling stock and staff exchanges.

Despite the permanent state of tension, the only real crisis occurred between 1934 and 1936, when the Reichsbank suspended the payment of transit fees. Given the ongoing rapprochement between the two countries, the dispute was resolved quickly, as Poland was very keen to derive economic benefits from this source, and Germany wanted to expand Polish economic dependence and make it a significant recipient of German industrial products. A symbolic end to any thoughts of a permanent Polish-German alliance came with Warsaw’s rejection in 1938 of German proposals for an extraterritorial highway through the “corridor,” which provided the catalyst that led directly to war.

Southern transit and the idea of ​​“Intermarium”

Due to the disadvantages of the Baltic option, the Polish Government willingly sought alternatives by focusing its efforts to the south. The attempt to create a system of communication for countries located between the Baltic, Aegean, Adriatic, and Black Seas was firmly in keeping with the notion of “Intermarium” promoted by Józef Piłsudski, namely the integration of states within a bloc powerful enough to conduct policy independent of the Great Powers. However, the first obstacle involved Poland’s closest ally Romania: the problem was that even if Romania could guarantee rail transit through its territory in the event of war with Germany, this was not a reliable long-term option for two reasons. First, Romania overstated its own transport capacities, with Polish military intelligence attaching great importance to obtaining a realistic picture of the Romanian railway system. Second, access to the Black Sea Straits could be cut off. Poland therefore tried to secure alternative routes, with two potential options. The first was to use the territory of Yugoslavia and set up a link to either the port of Sušak on the Adriatic, or the Yugoslavian free zone in Thessaloniki. The second was to connect to Thessaloniki via Bulgaria. Implementing either of these ideas, however, required persuading all countries in the region to actively cooperate. Poland was eventually forced to abandon its diplomatic efforts for a Romanian-Yugoslavian option in 1925, when Czechoslovakia rejected a proposed convention on military transport between Poland and the “Little Entente.” Prague’s actions were prompted by its fears of breaking the alliance through closer cooperation with Poland, which was strongly pro-Hungarian. Moreover, there was no convenient rail crossing on the Danube River, and authorities in Belgrade and Bucharest could not agree on its potential location. Polish attempts at mediation did little, as did attempts to persuade Romania and Bulgaria to cooperate in establishing a rail route over the Danube. The pro-German government in Sofia responded positively to Polish proposals, although due to the traditional hostility between both countries and a lack of funds, the Romanian government was exclusively interested in constructing a ferry link, and not a permanent railway bridge over the river. Although Polish diplomatic efforts endeavored to reach a firm agreement between both partners, the prospect fell apart during the Bucharest conference of 1938.

The failure to build a railway that would have been beneficial to the wider interests of all regional states demonstrates the short-term views of those involved. Disinclination between individual partner-countries proved insurmountable, subsequently leaving Poland with the single option of relying on questionable Romanian railways for its transit links. This state of affairs emphasized the actual strategic isolation in which Poland found itself in 1939, due to the failure of its initiatives for integration in Europe. 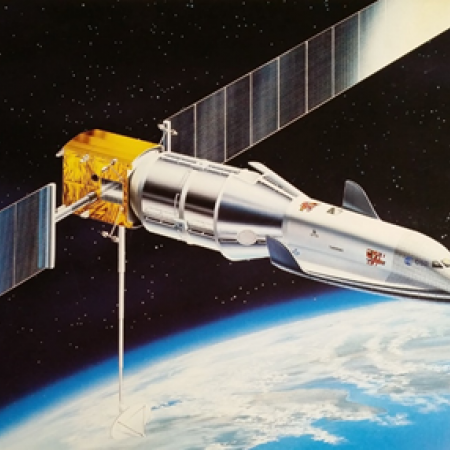 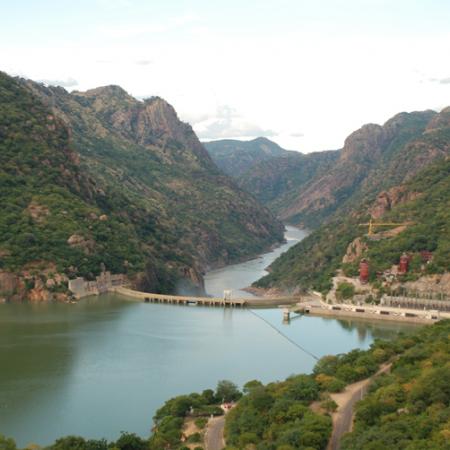 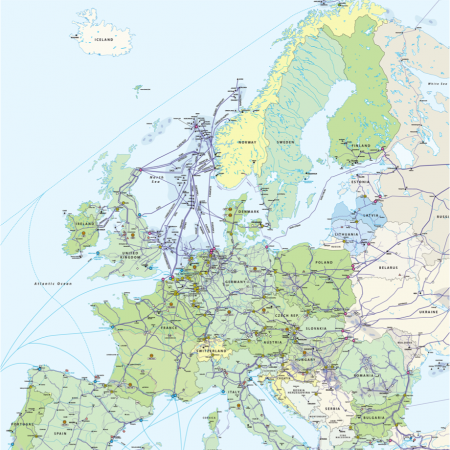 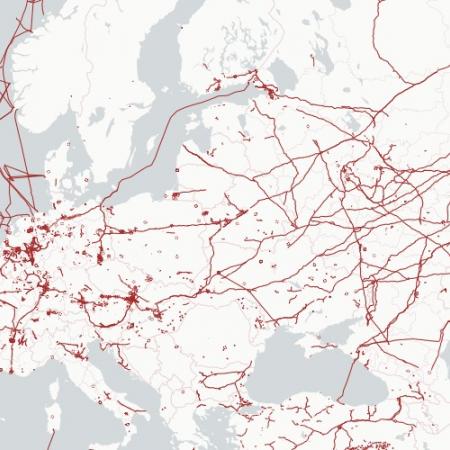