The Swedish writer August Strindberg showed great interest in science and technology from a very early age. He very quickly understood the stylistic possibilities of technological innovations, and made abundant use of technological metaphors in his literary work. He successfully transformed his technological and scientific skills into new metaphors, revitalizing not just the Swedish language but also and especially literary language. 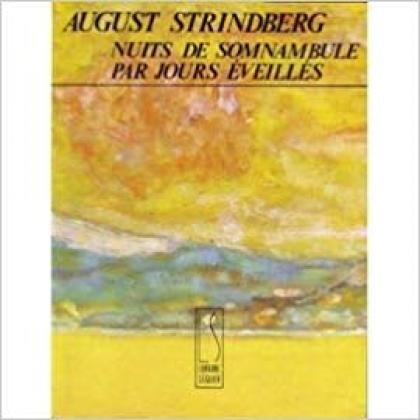 The third night of the long poem Sleepwalking Nights on Waking Days (1884) is most likely the telephone’s first appearance in Swedish poetry. 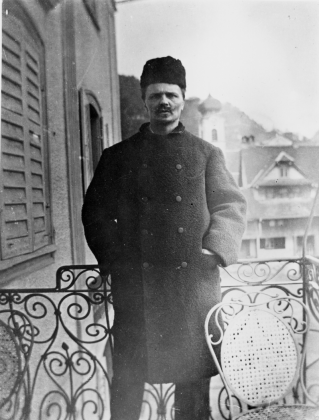 The Swedish writer August Strindberg (1849-1912) showed great interest in science and technology from a very early age. After abandoning scientific studies at the university, he enrolled in the course offered by the National Telegraph Company, before turning to literature. On many occasions he expressed his desire to be recognized as a man of science, and published numerous scientific articles in a wide range of fields: chemistry, medicine, mathematics, astronomy, optics, zoology, meteorology, and botany. How should his technological and scientific activities be assessed? Despite his experimentation, he did not invent a technological object or make a remarkable discovery as a scientist. However, his scientific skills in a wide range of fields, which were fully informed of the latest advances in knowledge, show Strindberg’s exceptional ability to sense the beginnings of a new movement of thought, as well as to capture the societal changes of his time.

Strindberg provided a first account of the telephone in 1884. During the third night of the long poem Sleepwalking Nights on Waking Days (1884)—just four years after the opening of the first telephone line in Sweden and less than ten years after the invention of the electric telephone by Alexander Graham Bell—he included the telephone in his poetic production, and glorified this “new song, a hymn to electro-lovers spread by the telephone” (p. 65). It is most likely the telephone’s first appearance in Swedish poetry. During a visit to the Musée des techniques in Paris, Strindberg realized that machines were the mark of both the nineteenth century and modernity. The telephone took its place within the description of a new cult to technological objects.

Upon his return journey to Stockholm in 1889, he rediscovered a city transformed by technological and industrial development, and completed the poem Sleepwalking Nights on Waking Days with a fifth night called “the awakening,” in which he describes this new urban landscape decorated with telephone lines, and concludes that “the tale has come true” (p. 131). Strindberg plays on the dreamlike and phantasmagoric aspect of technological innovation. The sleepwalker wakes from his Parisian dream and discovers a city transfigured by industrial revolution.

Strindberg subscribed for a telephone at the turn of the century, but being aware of the possible dangers of this invention, requested not to appear in the telephone directory, inventing, as it were, the phenomenon of being unlisted in Sweden.  As he expressed in his play Easter (Påsk, 1901), he feared the violence of words exchanged on the telephone, and felt the need to protect himself from undesired intrusions into his private life. The short story “Ett halvt ark papper,” (“A Half-Sheet of Paper,” 1903) recounts this reality: a man is about to leave his apartment where he lived with his recently deceased wife; his gaze falls on a sheet of paper next to the telephone with a list of numbers on it, a kind of summary of past events allowing him to travel in two minutes across the two years of life he has just lived: “A slice of life on a half sheet of paper.” The notes scrawled on a bit of paper become points of reference in describing ordinary, everyday reality, thereby allowing the writer to spark the reader’s imagination through the apparently trivial information represented by a few telephone numbers. This dramatic construction bestows unprecedented symbolic power on the telephone, which can bear witness to the decisive events in a man’s life. This short but effective work reveals his desire to adapt literary esthetic to behavior created by the telephone. As a technological innovation, the telephone is associated with literary writing that engages with modernity and gives it esthetic meaning.

Strindberg used the dramatic possibilities of telecommunications by locating the play Dance of Death (1900) on an island connected to the continent by telephone and telegraph. The captain’s wife secretly learns how to telegraph in order to prevent the telephone operators from listening in on her conversations. The telegraph heightens the tensions of the insular huis-clos, and ultimately provokes the captain’s death from a heart attack when he receives a telegram from the colonel indicating the end of their relations: “The telegraph receiver sounds a single click. The captain shrinks together in deadly fear and stands fixed to the spot, listening.” The telegraph gives an implacable rhythm to this dance of death.

In the dreamlike drama A Dream Play (1902), gods listen to the laments of humans. At the end of an exchange between the poet and Agnes, a buoy appears; it is the guardian of the sea, who sings when danger is near. The poet concludes that it is a “telephone tower...a tower that reaches up into the skies...It is the modern Tower of Babel sending wires to the upper regions...to communicate with those above...” With Strindberg there is the recurring idea of communication with a non-visible reality: technological innovations such as the telephone or the camera are artifacts that can make the invisible visible.

Strindberg understood the stylistic possibilities of technological innovations very early on, and made abundant use of technological metaphors in his literary work. For him, writing in the industrial era meant inventing a new language. He did not hesitate to assert, in an article entitled “What is the modern?”, published in French in 1894: “To us the men of steam, of electricity, of post and telephone, a volume of three francs fifty that is read between Paris and Versailles. To us the language of the telephone: brief, clear, correct!” In this visionary manner he announced the linguistic work that avant-garde poets would develop in relation to technological objects.

Strindberg was thus able to transform his technological and scientific skills into new metaphors, and to revitalize not only the Swedish language but also and especially literary language, thereby giving his work exceptional creative dynamism. He strove to eliminate the disciplinary borders between science, technology, and literature, and to show that what was called “the two cultures” actually consisted of a single culture.