The article questions how Bulgarian yoghurt has come to signify an “authentic” foodstuff. By studying how the authenticity of Bulgarian yoghurt was created over time and in different places, the author reveals that food is not just nutrition but also a cultural and political construction. A chronological approach traces the key actors and events leading to the authentication of a food product, which has come to symbolise a country; 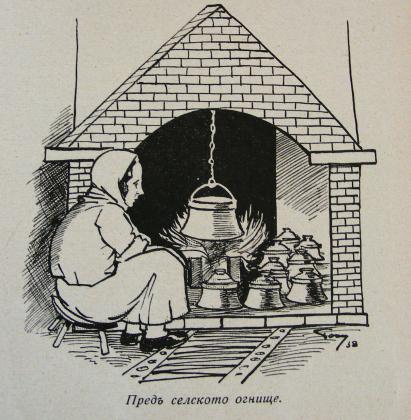 Bulgaria, Greece, and Turkey all have long-standing traditions in producing and consuming yoghurt. Each claim they produce and consume the only genuine yoghurt. Understanding how Bulgarian yoghurt has come to signify an authentic foodstuff reveals that food is not just nutrition but also possesses a cultural and political dimension.

Surprisingly it was not Bulgarians representing their nation, but non-nationals who first made the connection between yoghurt and Bulgaria and later popularized it as a healthy food in France, Germany, the Netherlands, Switzerland, and Spain. The arrival of yoghurt on  European urban markets in the 1910s began thanks to French-Russian biologist Elie Metchnikoff. Working at the Institut Pasteur in Paris, he discovered that fermented milk consumption might benefit consumers’ health. His fascination with yoghurt was influenced by Bulgarian graduate student Stamen Grigoroff who, in Geneva in 1905, had identified a lacto bacillus—which caused milk to ferment and turn into yoghurt­—in home-made yoghurt he had brought back from Bulgaria. The scientific community settled on labelling Grigoroff’s discovery of the organism using geographic criteria , by associating the laboratory results with Bulgaria, calling it Bacillus bulgaricus (the Bulgarian bacillus).

Metchnikoff made the assumption that the lactic acid bacilli were responsible for the beneficial effects of yoghurt on the intestinal bacterial flora. He was the first to establish an almost mythical connection between Bulgarians, yoghurt, and longevity. His ideas about longevity generated excitement in the world of science and the public at large. Laboratories, chemists and doctors distributed yoghurt and lactobacilli as medicine in the 1910s. In the 1920s and 1930s, entrepreneurs in mass production marketed yoghurt as a  healthy and exotic product. They exploited the claim linking Bulgarians’ longevity to their daily yoghurt consumption. Such links between the food product, a specific place  and tradition created the claim that Bulgarian yoghurt differed from the varieties produced elsewhere.

In Bulgaria too, the push for the modernization of the dairy industry in the first half of the twentieth century reshaped both milk and yoghurt production. In the 1930s and 1940s, Bulgaria entered the international scene for the first time when its scientists and government began to claim yoghurt was a characteristic Bulgarian product. The modernizers of yoghurt production, mostly trained in European universities, sought to replace home-based, female producers with trained dairymen and science-based production. The up-scaling of yoghurt production, driven by the demand in Bulgarian cities, required standardization to guarantee that commercial dairies maintained the characteristics defined by scientists as an “authentic” product. Yoghurt typ­ically produced and consumed at home had been transformed into an industrial and commercialized “typical” product, with the help of scientific knowledge. Science-based male education and the modernization of the dairy manufacturing resulted in standardizing yoghurt. Farm women were replaced as the main producers of yoghurt. Scientific practices reduced the regional variations to one universal “ideal type” of yoghurt-making which was supposed to be the model for all producers and was labelled “real Bulgarian yoghurt.” Such a standardized product embodied the nationalist policy of authenticating the product through its Bulgarianization. The craft-like dairies produced a limited amount of yoghurt for their city clients. Due to technological limitations the export of what was considered as Bulgarian yoghurt was still not possible.

The standardization of yoghurt, however, accelerated during the communist period (1945-1989). Large-scale dairy plants gradually replaced the small-scale commercial yoghurt dairies. The yoghurt industry began searching for new technology to suit industrial production, but also to recreate the foodstuff’s Bulgarian authenticity. The adaptation of yoghurt technology to intensify mass production was made possible by Tonyu Girginov’s innovation in 1965. Girginov sought to integrate the yoghurt-making methods of craftsmen and farmers’ wives into a new fully automated continuous production process with consistent characteristics that were easy to adapt to consumer preferences. Those characteristics enabled the new technology to cross borders. The method was considered and promoted abroad as the key technique for producing Bulgarian style yoghurt. In the 1970s the government needed foreign currency and saw yoghurt as a potential export. This explains why yoghurt production technology and starters were predominantly exported to the more profitable Western market. The scientific and R&D centres developed yoghurt starter cultures based on samples of home-made yoghurt that were selected and cultivated into industrial strains. These starters were patented and became a source of foreign currency as well as national pride. Science not only helped construct and launch the notion of Bulgarian yoghurt’s superiority but also gave credence to the national myth of Bulgaria being the home of yoghurt. Geographical conditions together with the technologies that sought to capture and reproduce centuries-long traditions, became key trading arguments for Bulgarians that they produced the best yoghurt in the world. Bulgaria accomplished the export of technical know-how and yoghurt starters to various countries beyond the Iron Curtain.  These forms of export successfully promoted Bulgarian yoghurt abroad, partly because the Western yoghurt market was already well developed and Western European consumers were familiar with the idea of Bulgaria as being a place for yoghurt production.

With the weakening of the Bulgarian communist regime in the 1980s, exports almost came to a standstill. After the fall of the socialist state and market liberalization policies, the national strategy to protect Bulgarian yoghurt as a trademark seemed to be a losing battle. Furthermore, Bulgarians’ pride in what they considered their national product was being challenged by other states claiming similar kinds of national products, such as Greek and Turkish style yoghurts. On top of that, the free-market economy led to the privatization of the former national dairy plants and multinational dairy producers like Danone entering Bulgaria’s domestic market, while a weakening state control over production and distribution encouraged sales of yoghurt of lower quality.

Consequently, Bulgarian consumers began to question Bulgarian yoghurt’s uniqueness. By the 2000s, public distrust in Bulgaria was focused on its national symbol. Consumers felt that a “real” taste was missing in industrial products. This sense of loss inspired a search to nostalgically reclaim traditions and cultural roots. Bulgarian consumers’ idea of authentic Bulgarian yoghurt involved technological traditions distant from the modern industrialized mode of yoghurt production. Producers, dairy specialists, state officials, and non-profit organizations also embraced traditions to reinvent the myth of Bulgarian yoghurt, confirming again that the meanings attached to Bulgarian yoghurt were defined in different ways at different times but always linked yoghurt as food product to its homeland, Bulgaria. Incidentally linked a century ago somewhere in Western Europe, the identities of yoghurt and Bulgaria have co-evolved ever since. 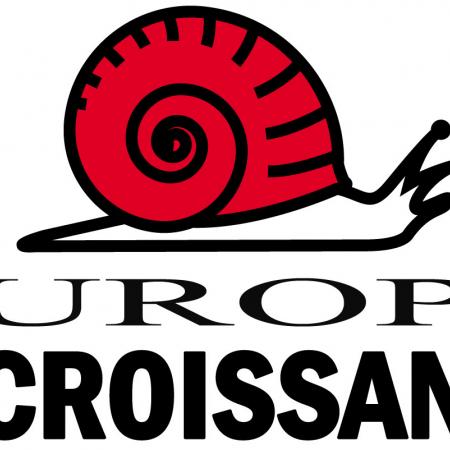