Degrowth is a concept-platform with multiple meanings, and is shaped by five sources of thought: ecological, bioeconomical, anthropological, democratic, and spiritual. The word appeared in the 1970s, and imposed itself beginning in 2002 owing to the convergence between the criticism of development and the anti-advertising movement, initially in France but later across the European continent, beginning with Latin regions. In radicalizing ecological criticism, it connected and gave increased focus to numerous emerging alternatives in the margins of civil society. 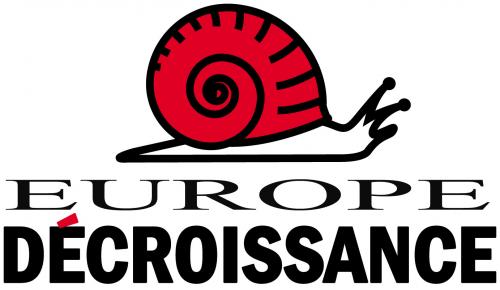 Degrowth is a social and intellectual movement born of the convergence between the criticism of development in southern countries, and critiques of consumer society in northern ones. Considering that economic growth is neither possible nor desirable, it denounces the concept of sustainable development, deemed to be an oxymoron. It is a concept-platform with multiple meanings, shaped by five sources of thought:

The word degrowth was formulated for the first time in 1972 during a debate organized by the Nouvel Observateur, in which André Gorz (1923-2007) examined the relation between growth and capitalism: “Is global balance, which is conditional upon non-growth—or even degrowth—of material production, compatible with the survival of the (capitalist) system?” His reflections fell within the context of the debate on “zero-growthism,” which followed publication of the Club of Rome report calling for “zero growth,” in an effort to limit pressure on resources.

It took until 1979 for a first book to include the word degrowth on its cover. The Swiss philosopher Jacques Grinevald proposed making it the title of a collection of texts by the Romanian-American economist Nicholas Georgescu-Roegen (1906-1994), who worked on an economic theory based on the law of entropy: Demain la décroissance [Tomorrow degrowth].

Nevertheless, degrowth only imposed itself on the protest scene in 2002 owing to the convergence between the anti-developmentalist and anti-advertising movements. First a conference was organized from February 28 to March 3, at Unesco headquarters in Paris, by the association La Ligne d’horizon, Le Monde diplomatique, and Unesco’s Management of Social Transformations program. Placed under the patronage of Ivan Illich, it was entitled “Défaire le développement, refaire le monde” [Unmaking development, remaking the world], and brought together the galaxy of anti-developmentalists. Second, the journal S!lence published a report in February 2002 on “convivial and sustainable degrowth,” inspired by the work of Nicholas Georgescu-Roegen. It opened with an editorial co-written by Vincent Cheynet and Bruno Clémentin, directors of the association Casseurs de pub [Adbusters].

Different networks converged slowly to anchor the concept of degrowth, which functioned as a public space for the expression and focusing of initiatives: voluntary simplicity, non-violent communities, neo-rurals, agroecology, the solidarity economy, anti-advertising collectives, post-development, etc. Other sources, however, were rejected, such as the Nouvelle Droite [New Right], which seized upon degrowth to fuel its critique of neo-liberal modernity, and to extend its sphere of influence. Degrowth adopted a list of various actions: marches, vélorutions, boycotts, hunger strikes, civil disobedience, climate camps, guerilla lawyering, etc. Early politicization led it to form a Parti pour la Décroissance [Party for Degrowth] in 2006, although it engaged in elections solely for their function as platforms of debate, remaining on the margins of representative democracy.

Degrowth favours a strategy of hegemony through a number of cultural drivers. The first book dedicated to degrowth was jointly published in 2003 by Casseurs de pub and S!lence. Beginning in 2004, Casseurs de pub launched the newspaper La décroissance: le journal de la joie de vivre [Degrowth: The Newspaper of Joie de Vivre], which expanded its association newsletter by widening its editorial committee to include all movements within degrowth. This newspaper was followed in 2006 by the creation of a journal, Entropia. Revue d’étude théorique et politique de la décroissance [Entropy: Journal for the Theoretical and Political Study of Degrowth].

Quite early on, degrowth expanded to other European countries through cultural transfers. In Italy, this relied notably on the networks of intellectual sociability established by the economist Serge Latouche during his career, notably with the economist Mauro Bonaiuti or the essayist Maurizio Pallante. The two were behind Rete per la decrescita in 2004, and Movimento per la decrescita felice in 2007. Italy is known for being the cradle of the international Slow Food movement, which favours local, high-quality, hedonistic gastronomy, and was born in 1986 in reaction to the establishment of a McDonald’s restaurant in Rome.

Degrowth thus took root in Europe, more easily in Latin countries, notably francophone ones: in 2008, the Réseau objection de croissance [Growth Objection Network] was created in Switzerland following a no shopping day in Geneva organized with the support of Jacques Grinevald; and in 2009, the Mouvement politique des objecteurs de croissance [Political Movement for Objectors to Growth] was created in Belgium, following a day of reflection organized by the Association des objecteurs de croissance française [French Association of Objectors to Growth]. In Spain, the movement took form in Catalonia in 2007 with the creation of the Entesa pel decreixemente. (Agreement for degrowth). The concept was notably transmitted to the world of ideas by Joan Martinez-Alier, a professor at the Autonomous University of Barcelona and father of the ecological economy, in the tradition of the pioneering work of Georgescu-Roegen.

References to degrowth nevertheless were not limited to Latin Europe, even though the word had greater difficulty penetrating elsewhere. In the United Kingdom, the translation of degrowth [for the French décroissance] did not meet with the same success, although this did not slow the progression of ideas, which were spread by the New Economics Foundation—a British global justice think tank created in 1986—and by Tim Jackson’s book, Prosperity without Growth. These ideas were then notably applied by the network of Transition Towns, initiated by the permaculturist Rob Hopkins, author of The Transition Handbook. Degrowth was also exported to Germany, Scandinavia, and even Hungary, where Serge Latouche was translated thanks to the intervention of an expatriate, Vincent Liegey.

This spread of degrowth was maintained by biennial international conferences organized by the international association of researchers, Research & Degrowth. Although the first conferences relied on the most substantial networks by keeping within the Latin zone—Paris in 2008, Barcelona in 2010, and Venice in 2012—the ensuing conferences marked a reorientation toward Eastern Europe, with Leipzig in 2014 and Budapest in 2016. In addition to initiating the international institutionalization and dynamic of degrowth, the Paris conference made it possible to validate the generic term of “degrowth,” and to provide a first shared definition of degrowth, which unlike sustainable development, eliminates any economic dimension by defining it as “a voluntary transition toward a just, participatory, and ecologically sustainable society.”

In conclusion, degrowth has enriched research in environmental history, in which it plays an active role, as well as in social history, which is increasingly conducted against a backdrop of resistance to progress. Degrowth even enjoys its own history in the French context. Still, numerous avenues deserve to be explored, including differences between cultural zones, networks, movements of ideas, cultural transfers, social practices, institutionalization, politicization, etc.