Children had for centuries worked with their families on the land and in the workshops before the nineteenth century, but their employment only became a matter of concern with the onset of the Industrial Revolution. At this point, young girls were heavily concentrated in the mills and small workshops of the textile industries, while boys were also to be found employed in mining, glassmaking, metalworking and construction. Disturbing accounts of working conditions in the mills and underground in the coalmines provoked reformers in various parts of Europe to begin campaigning for legislation regulating child labour. The aim was to eliminate the youngest workers from the workshops, reduce working hours, and ensure some elementary schooling. At the same time, employers increasingly preferred adult to child labour, as the scale of machinery increased and management techniques became more advanced. The movement towards compulsory education over the course of the century effectively reduced childwork to the margins of the economy, in family workshops and casual employment in the service sector. 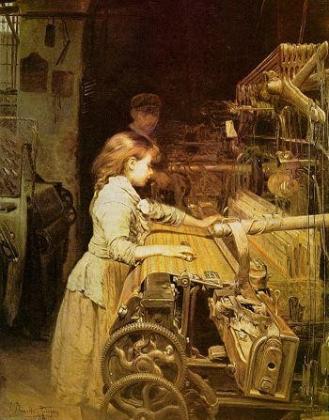 Juan Planella y Rodriguez, La nena obrera (The Working Girl), 1882.
This painting, in the Realism style, of a girl operating a power loom was a great success with the public. It became a symbol of child labour in the textile mills of nineteenth-century Catalonia. © Musée d’histoire de Catalogne (Mariona Carcereny).
Summary

Children worked continuously on the land and in the workshops of the handicraft trades from the Middle Ages onwards. They took on light tasks such as minding the family’s livestock, clearing stones, looking after infants, and winding bobbins. Their employment only became a matter of concern in Europe with the coming of the Industrial Revolution. Indeed, during the early modern period, the main priority for local authorities was to secure employment for the children of the poor, to help support their families and avoid ‘idleness and sloth’. With industrialization, an early enthusiasm for the job opportunities it provided soon gave way to widespread dismay at the emergence of the pathetic figure of what the French called ‘l’ouvrier de huit ans’ (the eight-year-old worker). Critics drew attention to the toll taken on the health and education of the young by long working hours on the machines of the new textile mills, warning of a threat to the very future of society. This was notably the case in Britain, Belgium, France and Prussia. Child workers were the exception rather than the rule in nineteenth-century Europe, still largely an agrarian society for much of the period, and so it is the diversity of children’s work that needs to be emphasized overall. There was no agreed definition of a child worker among the nations, though most made the distinction between young children under the age of twelve or thirteen, and older ones up to the age of sixteen or eighteen. The numbers involved are not easy to document, but it is useful to think of a trajectory over the course of the nineteenth century. At the outset, young people started work earlier and faced an intensification of their labours in the mills and the domestic workshops of the ‘proto-industrial’ sector. During the second half of the century a decline set in as the view that the classroom rather than the workshop was the appropriate place for children gradually prevailed everywhere in Europe.

The importance of child labour in industry

Contemporaries in western Europe were impressed by the spectacle of children working on machinery pioneered in the textile industry during the late-eighteenth and early-nineteenth centuries. In some cases, the machines were particularly suited to child workers, being awkward to work on for adults. Such machines gave a huge boost to the productivity of the young: a memorandum written by entrepreneurs in Normandy claimed that a child working on a machine could match the output of twelve adult hand spinners. Nonetheless, most children worked as assistants to adults -- still essential for the running of the mills. Their tasks included mending broken threads in the mule-spinning departments, re-threading shuttles for weavers, and helping to prepare the dyestuffs in the calico-printing works. Many of the early cotton mills relied heavily on children of both sexes for their labour force. A survey of ‘Cotton Manufactories’ in Britain from 1818 revealed that young people under ten years of age accounted for 4.5 per cent of the labour force, those aged ten to nineteen, a further 54.5 per cent. Problems with recruiting labour for mills in isolated rural sites, chosen for their access to a fast-running stream or river, led many entrepreneurs to rely on the forced labour of orphans and foundlings. ‘Enfants assistés’ in France and ‘Pauper Apprentices’ in England were mobilised in droves for this purpose. Later in the nineteenth century, older girls in their teens took over much of the work, minding self-acting mules, ring spinning frames and power looms.

Girls were concentrated into the textile and clothes-making trades, including numerous milliners, lace makers and embroiderers employed in small workshops. They dominated the beating and winding of silk, important in northern Italy and southern France. Boys had a greater diversity of trades open to them besides textiles, with jobs in the coal mines, glassworks, metalworking shops and building trades. In the mines, especially prominent in Britain and Belgium, large numbers of boys (and some girls) worked deep underground, with the youngest opening and closing the air doors of the ventilation system, and the older ones hauling coal from the coal face to the lift shafts. The glassworks, often located deep in the countryside and inclined to work nights to avoid the heat of the day, took on young boys for such tasks as carrying bottles from the glassblower to the annealing furnace and fetching buckets of water. Other jobs involving (relatively) light, unskilled or semi-skilled work for children were to be found in potteries, boot and shoe factories, ropeworks, metal working shops, brickworks and paper mills.

A series of official and unofficial enquires in various countries throughout the nineteenth century revealed the long hours, foul atmosphere and pernicious influence of adult workers on morals in the early textile mills. Reformers depicted pale and enervated figures emerging at the end of the working day, whose health and education was threatened by these conditions. There was graphic evidence in the reports of factory inspectors in Britain of the pitiful condition of the children working in the coal mines. The little climbing boys working for chimney sweeps were never particularly numerous, but they too provided a striking image for reformers. There was always the underlying assumption that conditions for child workers were far worse in the factories than in small, family workshops and on the farms. Industrial employers countered that such reports exaggerated the abuses; that the wages earned by child workers helped support their families; and that an early start to work provided useful training and work experience: arguments not to be dismissed out of hand in a relatively low-income society. Moreover, it would be misleading to suggest that child workers were passive victims of their employers. They were quite capable of changing jobs to improve their conditions and bid up their wages. They sometimes played games on the shop floor when their overseers were not around. And, very occasionally, they took industrial action, notably in the case of children protesting in support of the Ten Hours Movement in Lancashire and the West Riding in 1833.

The transformation of children’s work

By the middle of the nineteenth century, there were already signs of a decline in child labour in industry. Employers were becoming impatient with the challenge of managing large numbers of young children on the shop floor. They also had to face the Romantics’ view that children were innocent, vulnerable creatures who had no place in the adult world of work, as well as early attempts at legislation to regulate child labour. A growing appetite for education in the population at large over the course of the century caused working-class parents to delay the entry of their offspring into the labour force. On the eve of the First World War, children had largely disappeared from factories in Europe, despite fierce rearguard actions such as those by Lancashire cotton spinners trying to keep their piecers on a part-time basis, and glass manufacturers taking advantage of their inaccessible rural locations. Legislation to regulate child labour became increasingly robust, banning the youngest children from the workshops, restricting working hours more tightly, and requiring some provision of education. No less importantly, it was enforced more effectively by full-time inspectors. There was a general movement, starting with Prussia during the 1830s, to make primary schooling free and compulsory. This measure dealt a decisive blow to the employment of young children, though in practice more so in northern than southern Europe, and in large factories rather than small workshops. All that was left within the law was part-time or casual work, such as running errands, delivering milk and selling newspapers for boys, and domestic service for girls. 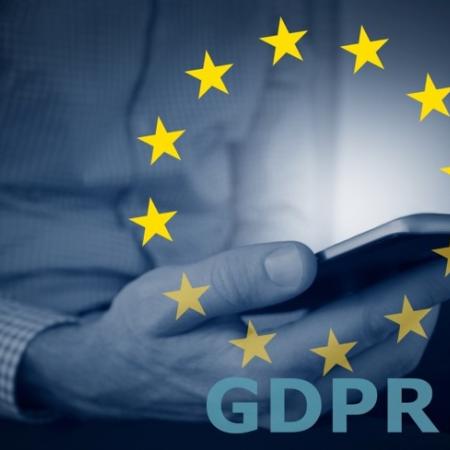