Traditionally considered as being fixed since the seventeenth century, the French-Spanish border was nevertheless the subject of a slow and difficult process of demarcation throughout the nineteenth century. The difficulties can notably be explained by the complex social reality of a long-crossed border, as well as a cross-border organization that local inhabitants refuse to abandon less out of a refusal of national construction than a defense of a socioeconomic system based on an open border. Beginning in the nineteenth century, these sometimes secret cross-border circulations were coupled with intense political circulations that made the French-Spanish border a political space in its own right throughout the modern period. 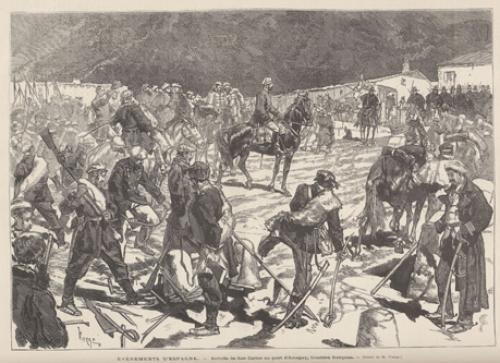 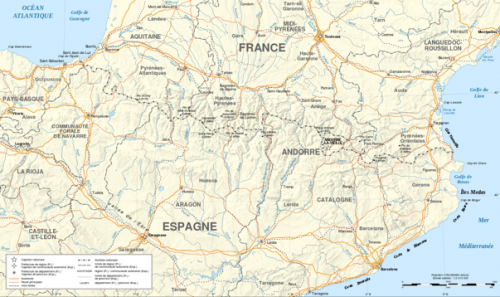 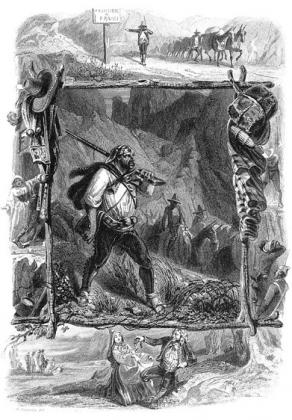 A Border Demarcated Long Ago?

Traditionally, the historiography for the French-Spanish border has considered it to be one of the world’s oldest, or in any case as one of the longest defined separating lines, seemingly stable since the Peace of the Pyrenees in 1659, which consecrated France’s annexation of Roussillon. This border has apparently shifted very little since then, with the exception of events such as the departmentalization of Catalonia and its addition to the France of 130 departments under the First Empire (1812-1814), a departmentalization that was never made official.

The accuracy of this general framework nevertheless obscures the slow process by which the borderline in the Pyrenees was delineated. The long nineteenth century was a decisive moment in this regard, and clearly illustrates the full complexity of the process. While a definitive line was established by the Caro-Ornano Commission in 1785, and confirmed by the Treaty of Basel in 1796 and later by the Treaty of Paris in 1814, the treaty of 1785 never truly came into effect, such that the two states decided to revisit the subject in the 1850s. The French Second Empire (1852-1870) and the Spanish monarchy of Isabella II (1833-1868) established a commission to demarcate the border, which over the course of a decade defined the borderline, provided for setting its boundaries, and established rules relating to its management. Three treaties from 1856 to 1866 arranged for the borderline running from west to east: Basque country and Navarre in 1856, Aragon in 1862, and Catalonia in 1866.

The treaty of 1856 is still in effect today, and has been supplemented by a handful of arrangements relating to cross-border cooperation between local and regional authorities as part of European construction (Treaty of Bayonne in 1995). This is therefore a remarkable example of interstate cooperation in the delineation and marking of the border, in an area where it had shifted very little since the early modern period. However, such a top-down approach to the border obscures the complexity of the situation on the ground. The French-Spanish border is still managed today by the International Pyrenees Commission, a permanent commission established in 1875 to settle the border problems that continued to arise nearly twenty years after the first treaty of Bayonne.

Uses of the Border

The border line has a number of distinctive features and noteworthy legal singularities: Pheasant Island in the Bidassoa River is a condominium that France and Spain govern in rotating periods of six months; on the border between Navarre and Lower Navarre, the Quinto Real is a Spanish territory whose administration is carried out by France; in Catalonia, the village of Llivia is a Spanish enclave on French territory, and is connected to Spain by a neutral road. These are only a few examples, to which one can add the principality of Andorra. More generally, while the demarcation of the border sparked few problems with respect to its central portion, which is marked by the elevation of the Pyrenees and hence a limitation of cross-border communication, the task was much more trying in the Basque, Bearnese, and Catalan piedmont.

The abundance of legal particularities is of course partly due to the antiquity of a borderline around which rules and exceptions grew starting in the Middle Ages: the existence of intense cross-border sociability, especially in the piedmont areas, in addition to the needs of an agricultural, forest, and pastoral model in a mountainous setting, quickly led to the establishment of cross-border treaties on the scale of valleys. The calling into question of these treaties, known as lies et passeries (pastoral agreements on the scale of a valley) , and sociabilities by states concerned about clearly demarcating their sovereignty prompted intense reactions among border populations throughout the nineteenth century. The nullity of the Caro-Ornano Treaty of 1785 was in large part due to the War of the Limits (1827-1856), which saw French and Spanish border dwellers face off over cross-border use and pasturage rights, and revealed to political elites the need to better account for the interests of these populations in drawing the border via the partial maintenance of these uses.

Border populations have garnered attention from historians over the last forty years, who have explored the effects of these cross-border sociabilities and the establishment of the border on the senses of belonging of these Pyrenees populations. The question is all the more pressing as the existence of these Basque and Catalan cross-border cultural communities on both sides of the Pyrenees mountain chain culminated in the late nineteenth century with the birth of two of Spain’s most important peripheral nationalisms. The debate in Spain focused on the reasons for this birth, and especially on the state’s ability to build a Spanish nation. In France, the dispute instead revolved around the effects of demarcations. In an important book about the Catalan space, Peter Sahlins showed that it did influence the formation of national identities, but in a sense also confirmed them, thereby opposing Michel Brunet’s argument regarding the external imposition of the nation on essentially cross-border populations.

Circulations Between Politics and Secrecy

These important debates should not mask a reality, namely that the border dwellers on both sides of the Pyrenees were able to preserve cross-border sociabilities throughout the modern period, which entailed neither refusal of national integration nor the absence of tensions between the French and the Spanish.  Of course the strengthening of states and their control over the border area disrupted the world of the border from the nineteenth onward, which led to massive emigration—primarily on the Basque side—and what Jean-François Soulet has called widespread dissidence. The border along the Pyrenees was characterized throughout the nineteenth and twentieth centuries by considerable illegal circulation alongside legal exchange. Smuggling in particular was an enduring long-term phenomenon, as demonstrated by the research of anthropologist Alain Tarrius on transnational criminality around the Catalan border.

The political importance of these illegal circulations should be emphasized. From the French Revolution to the creation of the Schengen Area, and despite variations and evolutions, the French-Spanish border has been a space that is constantly crossed in both directions by a multitude of political stakeholders.  During different moments of the nineteenth century, liberals, republicans, and Spanish Carlists found refuge from repression in France. Conversely, and even though these movements did not flow in a single direction, French political militants crossed the border to aid their Spanish coreligionists: liberals under the reign of Ferdinand VII (1814-1833) or during the Sexenio Democrático (1868-1874), and legitimists during the Carlist Wars (1833-1840 and 1872-1876). Combatants, secret agents, and political leaders on assignment for the cause rubbed shoulders on border roads with droves of exiles and refugees, who sometimes came from further away, with Hendaye being a known point of passage for Portuguese political refugees. The numerous secret political circulations that continued to characterize this space during the twentieth century indicated the permanence and intensity of French-Spanish political circulations along the border over the long-term.

Sahlins, Peter, Boundaries: The Making of France and Spain in the Pyrenees (Berkeley: University of California Press, 1991). 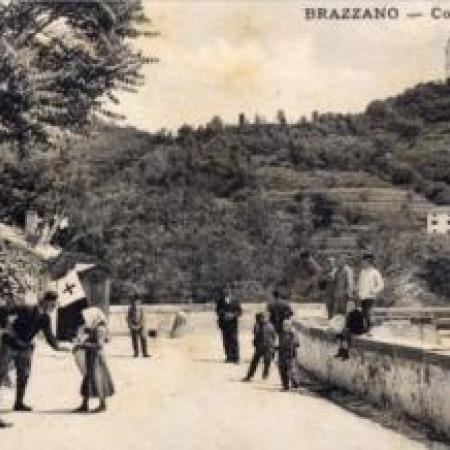 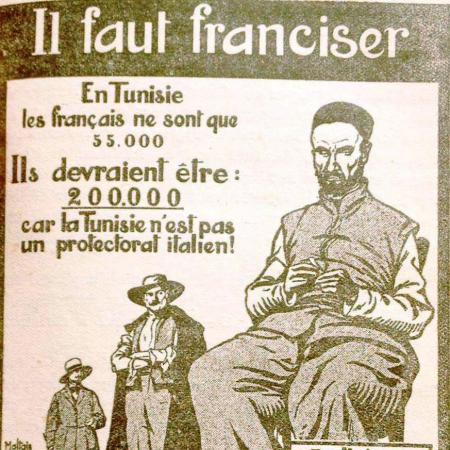