During the nineteenth and twentieth centuries, European institutions for higher and technical education saw the arrival of students from non-metropolitan territories in their classrooms. These included mostly males from overseas possessions under both Western and Japanese domination. The term “colonial student” thus included a great diversity of situations, as free students rubbed shoulders with scholarship students financed by colonial governments or private actors. This student presence grew in the decades leading up to decolonization, and was driven by various factors. While educational ambitions generally dominated, certain academic paths combined education and politicization. These dynamics led to generally unfruitful attempts at control on the part of public authorities, as well as the development of structures of sociability through and for this specific academic public. 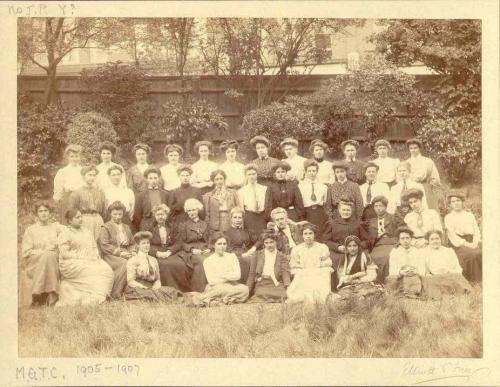 A Growing Presence in Europe

During the nineteenth century, a small number of male—and to a lesser degree female—students from colonies traveled to Europe. In 1809, the Jamaican William Fergusson (1773-1846) became the first black student to attend The University of Edinburgh. Thirty-six years later, four students from the Medical College of Calcutta, which was the capital of British India at the time, accompanied their British anatomy professor to London, where they attended University College. The consequences of these migratory beginnings were felt in other colonial empires: in November 1883, a petition was addressed to authorities in French India in order to have two students from the trading posts of Pondicherry and Karakal sent to metropolitan France, following the example of their fellows in British India. At the same time, colonial public authorities became involved in these migrations by creating the first metropolitan scholarships. In 1880, the governor of Cochinchina proposed admitting two students to l’École d’art et métiers in Aix-en-Provence, while a permanent system of governmental allocations was established at the same time in the British Raj. This aid was meant to benefit colonial efforts; for instance, the scholarship students from Fourah Bay College in Sierra Leone were sent to Great Britain in response to the War Office’s employment strategy for African populations. Official offers were coupled with private financing by patrons or associations who, beginning in this period, guided their protégés to institutions outside the colonial empire they belonged to: Germany thus welcomed Indian students in the nineteenth century.

However, it was in the first decades of the twentieth century that the presence of colonial students became more prominent: there were over 1,000 subjects from the British Raj in 1913, and over 1,200 from Indochina during the interwar period.  Scholarships increased and even became specialized, such as those devoted to technical education, which were awarded for the first time in India in 1904. Still, “free” students with no institutionalized funding represented the majority throughout the period. The 1920s and 1930s were marked by diversified migratory flows involving new territories: in 1928, thirty Algerians attended Parisian universities, and seven years later numbered over fifty. In 1936, Oxford University welcomed 61 Indians and Burmese, 2 Ceylonese, and 3 Palestinians, after serving in the preceding decades as an academic destination for Egyptians, Iraqis, and subjects from the Straits Settlements and Korea, which was annexed by Japan in 1910. The geography of colonial students remained complex on both the national—there were Indochinese in most university cities of metropolitan France, as well as Indonesians in the main Dutch centers—and continental scales: Switzerland, Denmark, Sweden, and Italy hosted, more or less occasionally, diploma candidates from colonial worlds. The presence of a female public was also more pronounced, sometimes as part of innovative training programs such as the summer tours organized for female Indian students in 1934, 1935, and 1936 by l’Entr’aide universitaire internationale (International University Mutual Assistance) based in Geneva.

While the Second World War made access to European territories difficult, the postwar period provided new impetus for student mobilities, which were sometimes initiated before the armistice. In the United Kingdom, projections for Indian students were accompanied by an influx of individuals from Africa and the West Indies after 1945, while scholarships and prizes were established by the Colonial Development and Welfare Organization, which was created four years earlier. The beginning of the era of decolonization, with the first proclamations of independence, did not prevent the arrival of students from colonized populations, such as the Vietnamese who joined the Maison des étudiants de l’Indochine (Indochinese Student House) in Paris in the late 1940s. However, certain groups saw their numbers shrink, such as Algerian students, who preferred the University of Algiers beginning in the 1950s. Finally, individuals who studied in Europe sometimes had a leading role on the political stage of their territory of origin once independence was won: the Oxford graduate Nehru served as Prime Minister of the Union of India between 1947 and 1964, while Saloth Sâr, the future Pol Pot, studied radio electricity in Paris between 1949 and 1954.

The diversity of colonial academic migrations was also reflected in the factors that drove these specific circulations. Travelling to Europe was a way of compensating for the absence or incompleteness of the courses available in the territory of origin. In French Indochina there was no university before 1917—despite an unsuccessful effort to establish one in 1907-1908—and the écoles supérieures that were later associated with the establishment of a university in Hanoi were, for the most part, not the equivalent of colleges in metropolitan France, which attracted an influx of students in medicine and law in particular. What’s more, certain European establishments had an aura of prestige, as did the specialists officiating there: in interwar Paris, the Indologist Sylvain Lévi (1863-1935) worked alongside subjects from South Asian colonies, while in the preceding decade certain Indian students of ancient Oriental languages studied in Germany.

Studies in Europe were sometimes an indispensable prerequisite for colonial careers. From the 1850s onward, the Indian Civil Service—the senior civil service of British India—could be accessed by passing a competitive exam that was held exclusively in London until 1922. The recipients then had to conduct an internship in a metropolitan institution, even after a competitive exam was established in the colony in the early 1920s. The creation of an École cambodgienne (Cambodian School) in Paris in 1886 was the direct consequence of a governmental desire to educate local elites in the metropole by having them discover France. Despite its name emphasizing a khmer predominance—it was actually more broadly Indochinese—the institution welcomed students from other territories of the French colonial Empire until 1889, including the Porto Novan who was admitted a few months after it was opened. Its later transformation into an École coloniale at the end of the decade made it more of an institution intended for metropolitan residents who wanted to become colonial administrators.

Diametrically opposed to this participation in the colonial undertaking, the first half of the twentieth century saw the emergence of political reasons, generally of an anticolonialist nature, for student mobilities: in 1909 Virendranath Chattopadhyaya (1880-1937) interrupted his studies in London and travelled to Paris and later Germany in order to avoid an arrest warrant on British soil. The school strikes of the interwar period in Indochina led certain students to pursue metropolitan studies following their expulsion from colonial institutions. In particular, the opening of communist schools for a non-Soviet public, such as the Communist University for the Toilers of the East in Moscow, drew militant students from various colonies. Beginning at the turn of the century, fear of the academic public’s politicization fueled initiatives of control and oversight: in 1909, a department of Indian students was established within the India Office. Its mission and agents were mainly limited to advising future Indian recruits and their close relations in order to ensure academic success, whereas during the same period the general government of Indochina established, this time from the colony, an Indochinese teaching group in France tasked with centralizing information on all diploma seekers who left for metropolitan France. This initiative quickly failed, and the monitoring of colonized populations in metropolitan France, whether students or not, took place through the activities of the service de contrôle et d’assistance aux indigènes (Office of Control and Assistance for the Indigenous People of the Colonies).

Attempts to control students did not prevent the emergence of specific structures for sociability through the intermediary of associations, which sometimes competed with official initiatives. Half a dozen students were behind the Edinburgh Indian Association in 1883, whose anticolonialist positions were feared by Scotland Yard thirty years later. Similar fears were present during the interwar period with regard to l’Association des étudiants musulmans nord-africains (The Association of North African Muslim Students) created in 1928, or the Comité de lutte des étudiants indochinois (Indochinese Student Advocacy Committee) based in Toulouse. Finally, the transnational dimension of these migrations deserves to be emphasized, as demonstrated by the circulations of colonial students—from both Indochina and North Africa—between France and the Soviet Union. 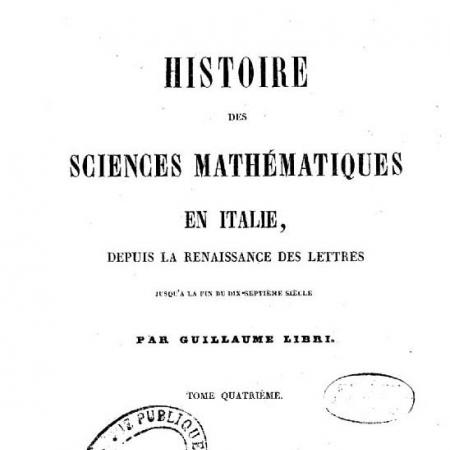 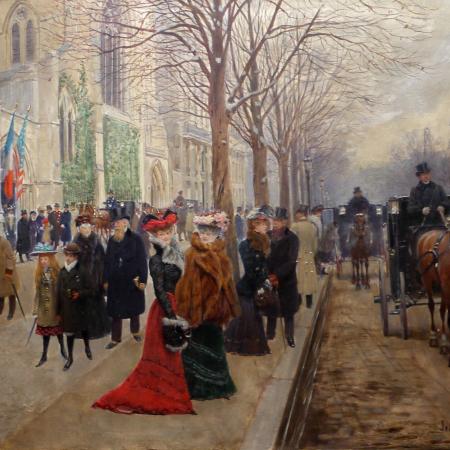 The “Other” Americans in Europe