Reformist and Christian trade unionisms accompanied the construction of the European Community, as opposed to “Marxist” confederations which saw it as an instrument of oppression and war against the socialist camp. The gradual implementation of the European market subsequently raised problems for trade unions, and dialogue with European institutions was affected as a result. Yet at the same time, this Single Market promoted the rise of a reformist unionism based on expertise, to the detriment of a unionism based on confrontation. 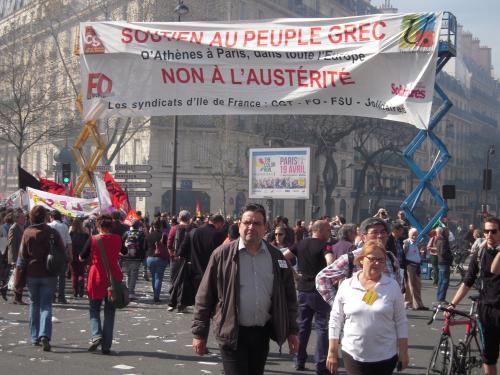 Demonstration of support for the Greek people, from Athenes to Paris, in all Europe. Source: Flickr
Summary

With the exception of “communist” trade unions affiliated with the World Federation of Trade Unions (WFTU), on the whole reformist and Christian trade unions were generally favourable to the process of constructing the European Community. Within this context they had to adapt their strategies in view of promoting, through the process of European unification, the rights of their members, notably by demanding the harmonization of social legislation.

During the first phase (until the mid-1960s), trade unions tried to influence European Community decisions through European institutions. They initially did so through entryism, as the two trade unionists Hans Pothoff and Paul Finet, for instance, were appointed as members of the High Authority of the ECSC. Trade unions also became involved with the technical management of this first community authority. For example, two departmental management positions were entrusted to “permanent trade union staff members,” including the important one for statistics. This policy would be pursued during the initial period of the EEC. Trade union organizations subsequently mobilized to increase the powers of the Parliamentary Assembly, with representatives able to act as a relay for union demands, due to the proximity that some of them had to trade with unions. The election by universal suffrage of the European Parliament in 1979 prompted some trade unions such as the DGB to present candidates through political parties close to them, in an effort to influence the development of community regulation. The confederations, which were members of the ECSC’s Advisory Committee, also knew how to use this body to provide them with a platform. Finally, during these years they also had the support of Jean Monnet, a partisan of a social democracy based on negotiation.

The disappointment connected with the entry into force of the Treaty of Rome, which the trade unions saw as a weakening of their position and a blow to social progress, prompted them to change strategy. They withdrew to the national space, which became the space par excellence of trade union fighting. This retreat made it possible to achieve progress in each of the national spaces: the Grenelle agreements in France, work communities in Italy, and the Brandt government’s extension of joint management and social measures in Germany. The European field was not for all that abandoned, but rather engaged differently. Trade union organizations became involved in the tripartite conferences of Luxembourg, bringing together management, European international trade unions, and the European Commission. These conferences, which were put in place in the late 1960s, opened up a “European social dialogue” until they were abandoned in 1978. The trade union movement also provided support for Willy Brandt’s project for a social Europe, which was inspired by the dialogue between the German Chancellor and the DGB. This was a way for trade unions to become involved in new subjects (quality of life, environment, industrial transformations). The confederations also undertook the restructuring of European unionism by creating the European Trade Union Confederation (ETUC) in 1973. This organization positioned itself as the union representative for social dialogue. Another initiative emerged from the Saarland-Lorraine-Luxembourg space in 1976. The union organizations of these three bordering spaces decided to reflect on the cross-border use of ERDF aid. In order to stimulate their reflections and coordinate their actions and demands, they created the first European Interregional Trade Union Council (there are over forty of them today). These initiatives certainly contributed to strengthening European trade union cohesion.

In 1977-1978, the dialogue between trade unions and the European Community ceased due to a lack of major initiatives. In the early 1980s, union organizations placed their hope in François Mitterrand and a series of French initiatives: the Chandernagor memorandum of October 1981, and then the Pierre Bérégovoy initiative aiming to restart European social dialogue in 1984. They were nevertheless initially opposed to the Single Market, before reality led them to adapt their discourse and strategy, which they also did due to the disappearance of the Soviet block and the growing strength of globalization. Three courses of action subsequently emerged. The first insisted on the need to maintain the national level for social protection by supporting the principle of subsidiarity in social issues, in such a way that European texts could not challenge national legislation in matters of social benefits. All European regulations could therefore only result in an improvement of the arrangements already in effect in member states. A second approach insisted on the need to fix European norms, and to compel the EU’s bodies to accept social dialogue. Europe could, on this condition, exert influence over the defining of a “humanized” globalization. The final approach consisted of relying on the bodies of global regulation (International Labour Organization) to have social norms adopted.

Despite these differences in approach, a Europeanization of unionism began to appear. First, the ETUC accepted to coproduce European social legislation, alongside UNICE (today BusinessEurope). The growing technicization of such negotiations, which required increased expertise, gradually brought the unionism of other pressure groups closer together. This evolution led to the constitution of a Europeanized union elite, whose distanced relation to its national base—the source of its legitimacy—became an issue. This elite held increased technical discussions by sector; these discussions were increasingly disconnected from national confederal strategies, but made necessary by the development of the Economic and Monetary Union, as well as the negotiation of international trade agreements in which the EU was involved. It emphasized the practices of trade union reformism and marginalized the unionism of confrontation. The European union elite accepted social issues as a by-product of the economy, whose social dysfunction must be managed. These developments, which are still on-going have reinforced a “Nordic” type of unionism, to the detriment of unionism based on class struggle. Accepting the Lisbon strategy, it often lags behind European Commission or European Council initiatives, or even those of employers’ organizations that are more capable of imposing their vision of the économie-monde. 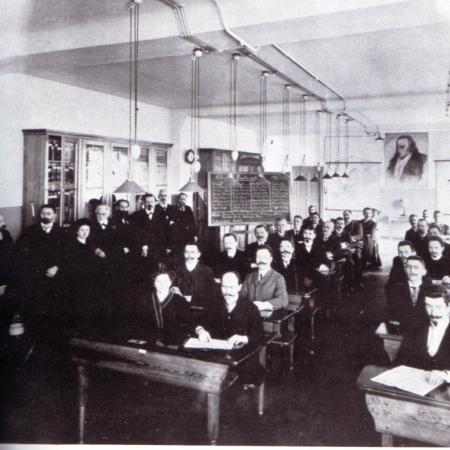 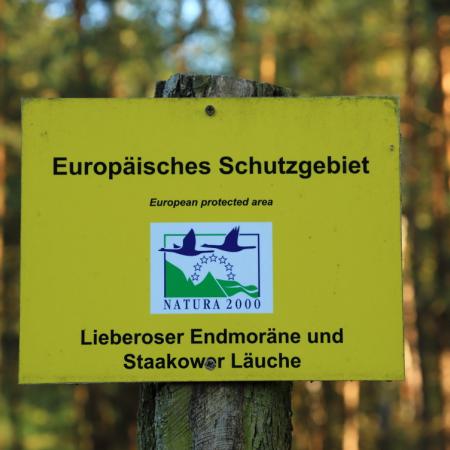 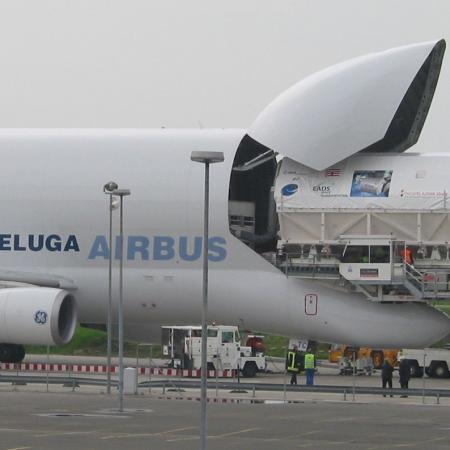