After the failure of universalist models of Christianity and the challenge to Empire by the wars of religion, the various movements referred to as the Enlightenment contributed to a legal, cultural, and civilizational redefinition of Europe. Universal peace, scientific discoveries, circles of scholars and persons of letters, as well as the rise of colonial empires and consumption, helped to forge a new way of life and relation to the world. In a Europe still subject to the absolutist order, the simultaneous coming of philosophical individualism and European “civilization” foreshadowed political revolutions as the calling of the new global empires of the ensuing century. 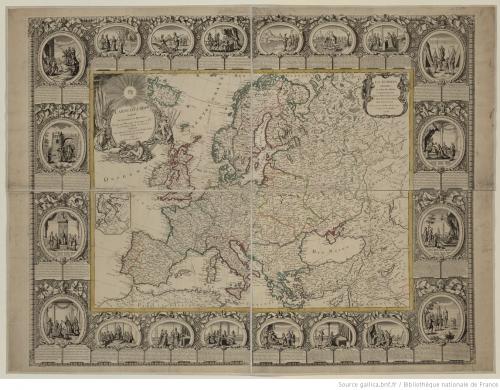 The Enlightenment’s vision of Europe emerged from the long crisis born of the Reformation and the end of the universalist projects embodied by the Church and Empire. After the wars of religion, which challenged the unity of Christianity, as well as the failure of “universal” empires and monarchies (Germanic Empire, Spain, and soon France) to impose their law, the admission that the continent’s religious or political unity was impossible took hold in the mid-seventeenth century. While the phenomenon’s origins and unfolding will continue to permanently be debated, the apparent confluence of events such as major discoveries, scientific progress, the early questioning of European universalism, and the dawning secularism that would erode the spiritual power of the Church in societies at the turn of the eighteenth century seemingly opened a new era in the legal, civilizational, and cultural definition of Europe.

After its geographical definition inherited from Antiquity, the religious unity of Christianity celebrated during the Middle Ages, and its later reformulation within a space of intellectual circulations and universalist ideals personified by the Republic of Letters during the Renaissance, Europe underwent an intellectual reworking, illustrated firstly by the numerous projects for perpetual peace that extended across the century such as those of l’abbé de Saint-Pierre (1713), Jean-Jacques Rousseau (1761), and Emmanuel Kant (1795). After all, the century opened—with the Treaty of Utrecht (1713) concluding the War of the Spanish Succession (1701-1713)—with the affirmation of a continent-wide respublica christiana, whose members mutually bound themselves to civilized and normative customs. These projects sought to sketch out a new political Europe understood as a circle of states, a contractual federative association whose principles were permanent dialogue—the “concert”—and the peaceful arbitration of conflicts. The specter of the universal monarchy still haunted Europe, as monarchies reinforced their authority, and dynastic rivalries and colonial conflicts persisted throughout the century. While the ideal of universal peace was still a leitmotif, it was rarely formulated on the continent during a century that included nearly fifty years of general war extending across the American, African, and Asian theaters of colonial empires. With the War of the Austrian Succession (1740-1748), the Seven Years’ War (1756-1763), and the American War of Independence (1776-1783), the Europeans’ global war went alongside the idea of perpetual peace.

Enlightenment Europe was also that of the sciences and the scientific revolution, which included the heroic figures of Newton, Euler, and Lavoisier, as well as the new continental sociabilities of academies and learned circles. In the late eighteenth century, this revolution of the sciences and sociabilities took on a new technological, industrial, and economic scope that soon reached a continental scale. The disruption of consumption was preceded by that of colonial products imported by the trading companies of European empires, at the price of the economic exploitation of the resources and humans of distant worlds, with strong opposition from Montesquieu and the abolitionists. Cotton from the Indies, tobacco from Virginia, and sugar from the West Indies became objects of almost commonplace consumption, and behind the shadows of slavery lurked the unprecedented opening of Europeans’ greed onto the world, echoing the discoveries of Cook and Bougainville. These wonders and opening onto the world were not reserved solely for an essentially urban elite, as one out of every three men was barely able to read, and inequalities remained the norm.

The Enlightenment also saw the emergence of an unprecedented figure, one that was henceforth celebrated before being erected as a dogma: the rational and critical individual possessing inalienable natural rights, whose outlines and content John Locke, Hume, Voltaire, Rousseau, Kant, and Diderot continued to write about and debate. From the right to life, protection, freedom of movement, opinion, and religion to the right to property in particular, Enlightenment Europe forged a grammar of notions and rights that the revolutions of the end of the century trumpeted with emphasis. While the Italian Cesare Beccaria retained long-standing arguments in his On Crimes and Punishments (1764-1766), he formulated this program in a new light in an effort to apply it to criminal law, by submitting the judicial system to the principles of reason and charging it with the mission of preserving the social contract. Finally, a handful of salons and nascent public opinion sometimes echoed this as well. Yet despite a few daring essayists, women, children, and slaves were excluded from these rights. The emblematic figure of the philosopher as the herald of liberty was eroded by the recurring temptation to simply be an éminence grise in the service of the monarch and the promotion of a rationality deemed more just due to its effectiveness: from the absolute monarch to the enlightened despot, the path was opened for a Voltaire or a Diderot. In a political Europe in which the dominant political model from Gibraltar to the Urals remained the absolute monarchy, the supposed and equivocal English “model” celebrated by Voltaire and Montesquieu—that of a system that was not yet parliamentary, and a society that was much less liberal than we would like to believe—often served as a convenient mirror, parallel, or foil.

Faced with the irreducible reality of a war of all against all, as well as a general history of the continent marked by the decadence of empires and morals, the temptation to define Europe as a civilization ultimately emerged. In his tales and Essai sur les mœurs (Essay on the Customs and the Spirit of the Nations) (1756), Voltaire emphasized the aimlessness of the spirit and customs in universal history, with the only progress equivocally appearing in the arts and sciences. Hidden behind the ironic comparison of Europe with the customs and worship of India, China, or the Tartars was a methodology of relativization. Defoe’s Robinson Crusoe (1719), Montesquieu’s Persian Letters (1721), and Swift’s Gulliver’s Travels (1726) each contributed to this provincialization of Europe. The term civilization, which was an innovation specific to the Enlightenment, and came from the pen of Mirabeau père (L’Ami des hommes, 1756), soon designated the collective process of humanity’s emergence from barbarity, before designating its goal and conclusion, the civilized state. Imported into the British world through figures such as Adam Ferguson, John Millar, and Adam Smith, in the writing of l’abbé Baudeau (1766) the word was fundamentally associated with Europe, with a strong temptation to see the presence of “genuine” civilization only in Europe. A conjuration of the throes of decadence and barbarity, the neologism “civilization” crystallized a progressive discourse that secularized the figure of providence, and tasked the continent with its universal mission of influence and domination. However, cruel distinctions about the comparative values of Europe’s cultures were hidden behind this convenient standard, such as the inferiority of the new worlds and peoples over which they took possession. The war of civilizations raged, generating all of the commonplaces of the ensuing century’s positivist era: superiority being gauged solely on scientific progress, racial theory and hierarchy, and the civilizing mission of Europe being heralded by the most impassive colonialism, all emerging fully armed with the mold of the European civilization forged by the Enlightenment. 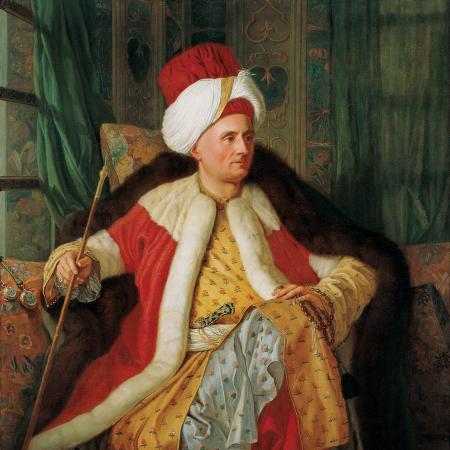