This article discusses the Dutch contribution to the German exploitation and colonization of occupied Eastern Europe (1939-1944). Contrary to other “Germanic” countries, the Netherlands offered much support to the Nazis’ Germanization program. Shared political beliefs only offer a partial explanation: by participating, the Dutch also saw a chance to solve national issues; the occupied East offered land to Dutch farmers who had no future in their densely populated homeland and substituted the loss of the Dutch East Indies and thereby restored the nation’s colonial grandeur. 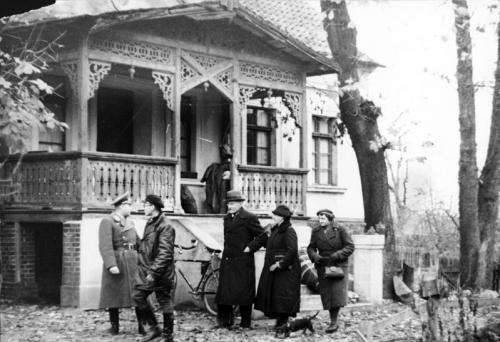 A German family from the Baltic moves into a house in Warthegau (occupied Poland), after its previous owners have been expelled, in November 1939. Source : Archives fédérales allemandes, via Wikipédia 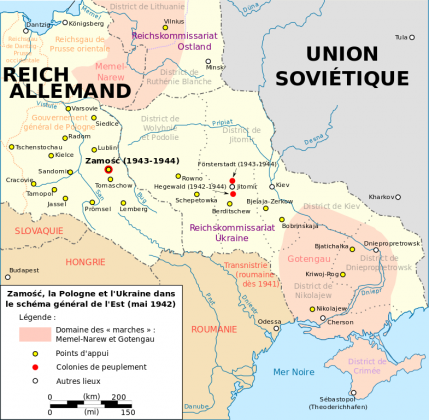 Although migration within Europe is not a modern phenomenon, large-scale, state-led population transfers are. Often they have been the product of modern nation-state building, starting off in nineteenth-century Europe. Aiming for ethnic, cultural and/or linguistic homogeneity within newly-drawn national borders, young nations often pursued a discriminatory policy against the out-group. Expulsion and other kinds of ethnic cleansing occurred during the First World War, most notably in Anatolia, causing the death of hundreds of thousands of Armenians. In the aftermath of the war, ethnic minorities in the new nation-states that emerged in Central and Eastern Europe were often the targets of aggression. In the newly-established Polish Republic and Czechoslovakia, for example, Germans were subjected to discriminatory measures. In the 1920s border disputes between Greece and Turkey resulted in compulsory population exchanges, uprooting approximately 1,100,000 Greeks and 3,555,000 Turks.

Already before the onset of the First World War, Pan-Germanic views had been growing popular in the young German nation. In the eyes of many, Germany’s future depended on a war of conquest: the country needed to expand its territory to accommodate all ‘Germanic’ people, from inside and outside Germany’s borders. When in March 1917 the Brest-Litovsk Treaty was signed, people in Germany were euphoric about the Bolshevisk handing over larger strips of land, providing Germany access to both the Black and the Baltic Sea. This would be new ground for German settlers. With the Armistice of November 1918, German aspirations were shattered. Together with territories, people were lost. Resentful citizens were bolstered by an array of right-wing, nationalist movements.

When Hitler came to power in 1933, rectification of the Versailles treaty and restoration of Germany’s greatness were two pivotal points of his agenda. In fact, beginning in 1938, Nazi Germany used armed force to establish rule on the continent. Yet military victory was only one step on the way to the fulfillment of a much more extensive aspiration: the creation of a geographically considerably enlarged and racially purified Greater Germanic Reich. Conquered nations with populations “of Germanic blood” should be won over to the idea of close affiliation or even absorption; other regions, mostly in Central and Eastern Europe, should become the target of “Germanic colonization”. The result transpired in the new German province of the Polish Warthegau and the Lublin-district, where hundreds of thousands of Poles and Jews soon fell victim to expulsions and killings.

“Full-blooded” Germanic people were to come in their stead, yet finding professionally and racially qualified settlers turned out to be much harder than expected. The number of volunteers from Germany proper remained disappointingly low and most of the actual settlers on former Polish ground were ethnic Germans from Eastern Europe, whose transfer had been the outcome of agreements between the Nazi regime and leaders of the various Baltic states and the Soviet Union. At the same time, the scope of German colonization plans widened significantly, particularly after the launch of Operation Barbarossa and the conquest of Belarus, the Baltic countries and Western parts of Ukraine. Although Hitler and his senior officials agreed that mass migration would have to wait until victory over the Soviet Union was reached and German rule over the conquered areas of the Soviet Union uncontested, small-scale colonization projects were taking off. For these projects settler candidates were needed and, again, the Nazi regime looked for candidates outside Germany proper, this time most significantly in the occupied countries of Northern and Western Europe.

It was assumed that particularly in the occupied Netherlands, willingness to move to the conquered East would be substantial due to the scarcity of land within the Dutch national borders. This assumption turned out to be right and whereas German initiatives in other “Germanic” occupied countries failed, the Dutch contribution to the Nazi program of Germanization would become substantial. As early as July 1941, an agreement was reached on the employment of Dutch farmers in the occupied Soviet territories. In return, the Dutch state would receive a share of the harvest. In the closing months of 1941, the first 200 volunteers were sent off. Another 200 would join them in the spring of 1942. Between the summers of 1942 and 1944, the Dutch state invested millions in Dutch economic initiatives in this part of Europe. Approximately 5 500 Dutch volunteers were recruited for work. Dutch farmers and vegetable growers came to the area to take over farms. Dutch businessmen traveled eastwards to be appointed in managerial positions of expropriated companies. Craftsmen and small businessmen were selected to fill the void their murdered Jewish colleagues had left behind.

This remarkable willingness to cooperate was based on a firm belief among the Dutch involved in a new European order, based on race and led by people of Germanic descent. Dutch men in charge of the project and the large majority of the volunteers were passionate supporters of the idea of a Greater Germanic Reich. At the same time, however, they were pursuing distinct national goals. The supposedly empty lands of the occupied Eastern territories would offer the surplus of Dutch farmers a place to live, thereby releasing the population pressure on the available agricultural land within the Netherlands. Furthermore, the occupied Eastern territories would replace the Dutch pre-war colonial markets, especially the Dutch East Indies. Hence, the Dutch colonizing work in the Nazi East would confirm the nation’s colonial grandeur, which was in jeopardy after the Japanese conquest of the major Dutch colony overseas.

Thus, for the Dutch, the Germanization project was also instrumental. They anticipated acquiring a position of power and sovereignty in the joint Germanization program which would allow them to solve national issues: the crisis of Dutch agriculture and the impending loss of colonial status and markets. Despite this willingness and huge financial investments, the Dutch enterprise did not become a success. Time had been too short: within a few years, the Red Army had (re-)conquered the entire area. Furthermore, relations between German and Dutch partners had been troublesome from the start. As members of the same “race”, the Dutch had expected to be treated as equals. Yet for most German local officials, the presence of Dutch men in the area was not a Germanic right, but a German favour. With time, as partisans and the advancing Red Army seriously threatened German hegemony in the area, the strains grew. In dire need of resources and manpower, the German occupation policy was rapidly transforming into boundless plunder. In this climate of brutalization, the Dutch project­­­­­, aiming for sustainable cultivation and settlers’ colonialism, was doomed to fail. By the summer of 1944, most volunteers were evacuated from the area that would soon become the place of yet another wave of ethnic cleansing, this time targeted at ethnic Germans. 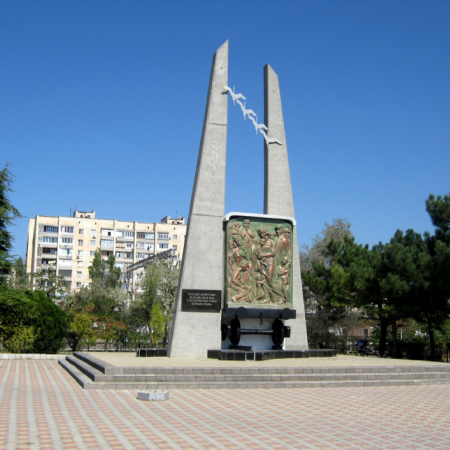 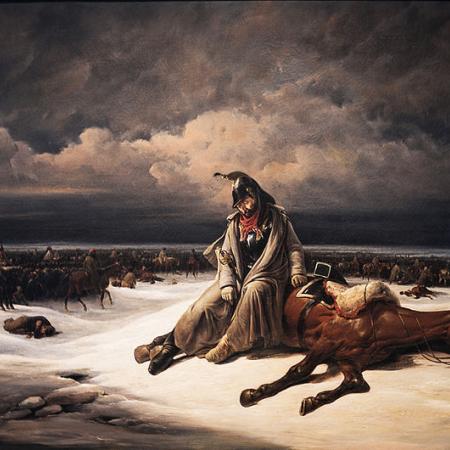 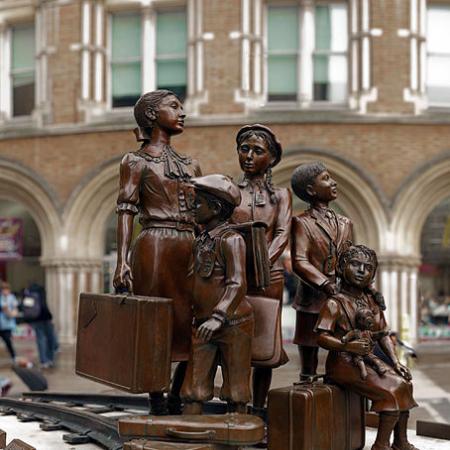