By thrusting Czechs to the forefront of the international stage, the Czechoslovak legions played an important role at the moment of Czechoslovakia’s birth between 1917 and 1920, especially in Russia. Their role and the difficulties they endured prompted the sympathy of Western opinion. The legionnaires subsequently held an important place in Czechoslovak society, as much by their activity within the new state, as by the construction of Czech memory of the First World War. 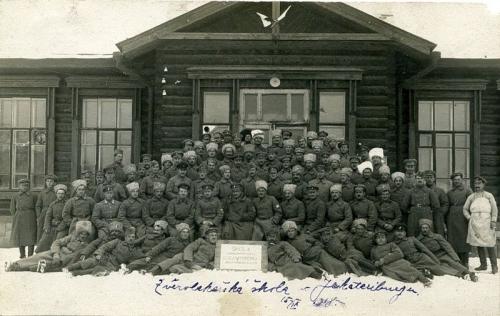 The Czechoslovak legions were derived from Czech and Slovak communities from abroad: 70,000 people from Russia, 1.2 million from the United States, a few thousand from France, Great Britain, Switzerland and Italy. When war broke out, the associations that represented them reacted by forming units within the armies of the Entente: with a few hundred volunteers, the Nazdar Company of the First Regiment of the Foreign Legion, as well as the Czech Družina attached to Russia’s Third Army created in 1914, embodied the desire of a part of national opinion in France and in Russia for a break with the Austro-Hungarian monarchy.

Thanks to their heroic actions, the Czechoslovak National Council (CNC)—founded in exile by the professor and future president of the republic Tomáš G. Masaryk, his collaborator Edvard Beneš, who would become the Foreign Minister in October 1918, and Milan R. Štefánik, an astronomer exiled in France who would represent Slovaks in the council—enjoyed an initial base for the constitution of Czechoslovak legions. However, this process was long and difficult, for Paris just as Moscow and Rome did not want to unequivocally commit against Vienna in favour of this liberal and democratic group. From the latter’s point of view, the creation of military units was essentially political. For them the legions were especially a way of achieving international recognition for the future Czecho-Slovakia.

In France, negotiations initiated by the CNC in September 1916, and accelerated in the summer of 1917, led to the signing of the decree of December 16, 1917, which created an army swearing an oath “to the Czechoslovak nation,” while being under French military command. Prisoners from the Serbian front, along with Czechs from Romania, Russia and even the United States, eventually made up a total of 10,000 men. Beneš was in no rush to send them to the front, for he did not want to rashly squander this small army: the Czech cause was more in need of symbols than martyrs. On March 20, 1918, they formed the Twenty-First Regiment in Cognac and the Twenty-Second in Jarnac, before being moved to the Vosges on 11-12 June, billeted in Darney, and added to the Fifty-Third Infantry Division to fight on the Alsatian front from July 8 to September 16.

In Italy, difficulty in recognizing the future Czechoslovak state and in accepting the formation of an army was due to the prudence maintained with regard to Vienna, rivalry with France, and hostility toward Southern Slavs, who were close to the Czechs. They were predominantly treated with suspicion. It took until the spring of 1918 for Rome to adopt the principle of autonomous troops in Italy. Assisted by the captain Jan Šeba, Milan R. Štefánik created the first units of the First Division, soon numbering 18,000 men under the command of General Graziani. They fought bravely from June to October 1918, and risked hanging for treason if they fell into the hands of their enemies.

However, it was the legions of Russia that were the most important strategically and militarily. They relied on the Czech and Slovak colony of the Czarist Empire, to which were added 32,000 prisoners or deserters who aspired to fight alongside their “brother Slavs.” The collapse of Czarism in February 1917 facilitated the composition of a Czechoslovak army placed under the political direction of the CNC in October, following the victorious participation of a brigade in the Kerenski/Broussilov counter-offensive: Czecho-Slovaks maintained the morale of Russian troops there, and their exploits at Zborov in Ukraine in July 1917 were celebrated in Allied countries. On the other hand, when Lenin took power in November, and they represented the only organized military force in Russia, they hoped for a transfer to the West, although the desire of certain deciders to intervene against the October Revolution, insufficient maritime transportation, and climactic conditions—ice sheets prevented transferring via Arkhangelsk—decided otherwise. The Czechoslovak legions became prisoners of the Russian winter.

The October Revolution was a source of trouble for the legions, especially as, stationed at Kiev, they fleetingly took part in the repression, with a small minority rallying behind the revolutionaries. These 30,000 isolated men then set the goal of respecting the strictest neutrality, with three possible options: transferring to France, passing to Romania, or remaining in Russia. In the end they took the eastern road in March 1918, but on May 14, 1918, a dispute in Chelyabinsk over their disarmament demanded by Trotsky led to a confrontation with the Bolsheviks. Between May and July, the change of Allied policy in favour of intervention was grafted onto this local conflict. Lack of communications, their position spread out along the Trans-Siberian, and the local initiatives of their officers created disorder, one that it was decided would be remedied by naming General Maurice Janin, accompanied by Štefánik, as their head. They had the mission of endeavouring to “re-establish the continuity of the Trans-Siberian along its entire route, and then to create as tight a network as possible—crossing Russia from the White Sea to the Black Sea—of resistance centres against German expansion toward the East.”

The armistice of November 11, 1918 deprived these troops of their essential motivation of struggle against the Central Powers. They henceforth sought no more than to return to Europe, even if London and Paris still wanted them to remain in Siberia. Other than the deplorable material and psychological conditions in which they found themselves, these men had the feeling that their absence from their state, exposed to multiple conflicts, was a true waste. Admiral Koltchak’s seizure of power in November 1918 was poorly looked upon by these units who were holding the Ural front, as Paris had demanded, but who had to draw back in January 1919 under falling morale: Russian anarchy, lack of cohesion in the White Army, and petty rivalries prevented any effective action. In June, having arrived east of Omsk, they were even more profoundly demoralized: none of the promises made for their repatriation were kept, and they were no more than pawns on the chessboard of Siberia. Until June 1919, French military leaders lived in the illusion of a possible collapse of the Red Army and, consequently, of the need to maintain Czechoslovak legions in Siberia.

If the French government finally accepted the idea of repatriation in July, it was only in October that Janin examined the evacuation plan. After the first contingents boarded in January 1919 at Vladivostok, the process continued until the end of November 1920, and involved more than 60,000 men.

This Siberian “anabasis” greatly struck contemporaries, and contributed to popularizing the young Czechoslovak state, in which the “legionnaires” played a decisive role under the First Republic (1918-1938). The approximately 5,000 men who fell under the Entente banner thus wiped out, from official memory of the Czechoslovak war, the 138,000 deaths on the Austro-Hungarian side. 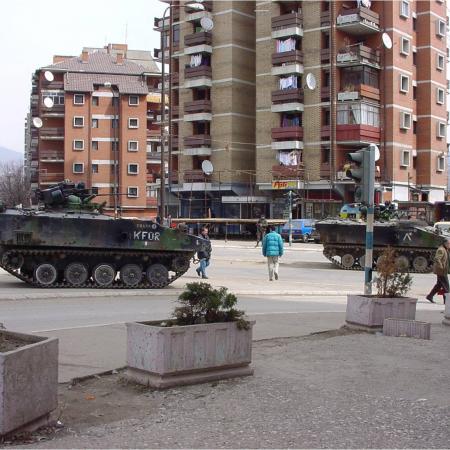