Armistices, surrenders, and ceasefires have interrupted combat in varying ways. They silence weapons but also maintain the state of war, which ends only with a peace treaty. The choice of negotiating or surrendering depends on the nature of the war being waged, and therefore on its goals, how the war was fought, and the expectations of public opinion. Armistices became increasingly political during the modern period: whereas in the nineteenth century they were content to signal the end of fighting and prepare the technical aspects of peace talks, since The Great War they have anticipated the negotiation of territorial or material concessions. The different forms of ending hostilities became confused as a result. At the end of the Second World War, almost all belligerent countries ceased combat through surrender, although the existence of nuclear weapons imposed the use of ceasefires during the second half of the twentieth century, by putting the notion of victory into perspective. 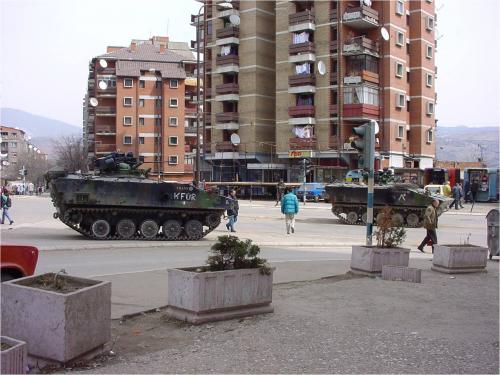 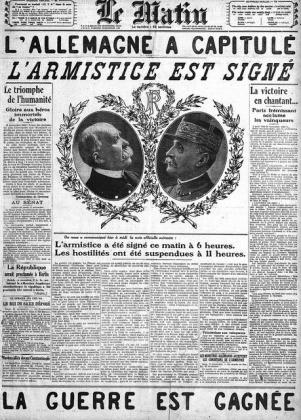 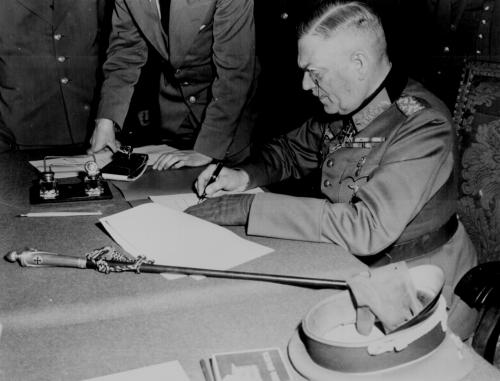 At the end of the Napoleonic wars, the strategic thought of the nineteenth century emphasized the notion of “absolute war” theorized by Clausewitz, which mobilized all possible military forces in view of “crushing” the enemy so that it could no longer continue fighting. According to the principle of Vae victis! (“Woe to the vanquished!”), surrender permits the destruction of the enemy’s forces and with it any hope of revenge, thereby serving a larger strategic objective. Armistice, on the other hand, is more in keeping with an open debate—especially in Prussia and France—on civil-military relations and their respective prerogatives: like declarations of war, armistice negotiations are a moment in which politicians take full part in the decision-making process. The Hague Convention of 1907 defined armistice, whether general or local, but in practice negotiations also followed non-written codes that became clearer over the course of wars. For example, with technological progress the clauses in armistices dealing with armament became more comprehensive, taking into account the quantity as well as the quality of weapons. Similarly, in article 2 of its act of surrender from 1945, Germany had to commit to delivering its equipment for war intact, a reaction to the sabotage that followed the armistice of November 11, 1918.

Armistice and surrender are regularly confused, whereas they are two distinct processes. Armistice is a political initiative through which the military is extricated, enabling Chancellor Ebert, for instance, to welcome his “undefeated soldiers” in Germany in December 1918. Surrender, on the other hand, spares the state, because it is firstly an act of capitulation dictated to the military. For example in early June 1940, Council President Paul Reynaud supported a surrender that would enable the government to reconstitute itself outside of France and thereby refuse collaboration, as was the case for Poland, Belgium, and Holland, which had taken refuge in London. The manner in which fighting ends can give rise to violent controversies. For instance, Italy signing the armistice with the Allies on September 3, 1943 to save Rome from the Wehrmacht, or Finland accepting the burdensome armistice of Moscow on September 19, 1944, were among the rare countries to extricate themselves from the Second World War without surrendering. There was also debate on the side of the victors, where the fear of falling victim to a ruse of war contended with the desire for a quick ending, as in the armistice proposal made by Germany on October 3, 1918: some Europeans and Americans thought that they should obtain a complete surrender by Wilhelm II on his own soil. While armistice made it possible to control the framework of the defeat and emerge with honour, it did not avoid the bitterness of the vanquished, as illustrated by Alphonse Leclerc’s song L’Armistice (1871), with its chorus: “Oh drat with your armistice, Bismarck! We don't want any of it.” The feeling of humiliation reached its peak during an “unconditional” surrender. The Allies adopted this extraordinary objective at the Casablanca Conference in January 1943, in order to push the Germans to recognize their defeat when it occurred. The surrender, which was signed in Reims on May 7, 1945, and later in Berlin-Karlshorst during the night of 8-9 May, placed the German state in debellatio (destroyed by war): it lost its rights to ensure its survival through the negotiation of territorial or political concessions. This extraordinary case did not apply to Japan, where the emperor, who justified the surrender of September 2nd, 1945 to his people, continued to occupy his position.

An armistice is the result of power relations—strategic as well as economic and moral—which are reflected in its clauses. Technical armistices, which were the traditional form until the early twentieth century, stipulated the arrangements for ending hostilities without trampling on the future peace treaty, such as the French-German document from January 28, 1871. The Russo-Turkish armistice of 1878, however, was highly political: under the threat of tsarist troops encamped at the gates of Istanbul, the sultan signed an agreement in Edirne on January 31 granting independence to Serbia, Montenegro, and Romania and autonomy to Bulgaria and Bosnia-Herzegovina. With The Great War came the definitive notion that “only the advantages consecrated by armistice were assured” (Foch), with conventions taking on a resolutely political tone and committing the future of negotiations. This orientation was followed starting with the armistice of December 15, 1917, in which the Central Powers refused the withdrawal of German troops requested by Saint Petersburg, something that was confirmed at Rethondes. However, more technical texts continued to be signed at what were called “peripheral” fronts, for the priority given to the dislocation of German lines dictated a pragmatic approach. In addition, the Armistice of Salonica, signed by the Allies with Bulgaria on September 29, 1918, was moderate: the occupation was limited to strategic points and spared Sofia, while three Bulgarian armies remained mobilized to protect the Danube and the Turkish border. One month later, the armistices concluded with Austrian and Hungarian authorities fell somewhere between these two models: on November 3rd near Padua, the convention signed with Austria made military and naval arrangements in particular, but instituted absolute freedom of Allied movement, including on the Danube.

During the Second World War, the armistices that the Third Reich agreed to were ultimately replaced by peace treaties, such as the French-German and French-Italian texts that officially ended hostilities with France on June 25, 1940. After 1945, the atomic bomb and the end of total wars brought about the disappearance of armistices and surrenders on the European continent, in favour of ceasefires, a less stable category for ending hostilities.

The spread of ceasefires

Contrary to an armistice, a ceasefire is intended to have an exclusively temporary dimension. It is often connected to humanitarian considerations, for example to allow aid for civilian populations, or assistance for wounded combatants. No victor emerges, although a compromise is established to allow for a stop in the fighting. Since the Cold War, ceasefires have been used in Europe by the UN Security Council to quickly suspend fighting. It can sometimes have the effect of an armistice when it precedes a political agreement. For example, the fighting in Kosovo was interrupted by the ceasefire of June 3, 1999, in which Milosevic’s Serbia accepted NATO and the G8’s conditions for peace (withdrawal of the Serbian army and special police, return of refugees). However, they ended officially only eight days later when KFOR (Kosovo Force), headed by Mike Jackson, occupied Kosovo.

Some strategists accused the ceasefire of imposing a premature end to the fighting, which would prevent the clear designation of a victor, and would make permanent the state of war by preventing the emergence of terms for a lasting peace. It would enable combatants to use the time it offers to recover, recruit, and equip themselves. As a result, the numerous ceasefires imposed on the Serbs and Croats in Krajina between 1993 and 1995 would have actually contributed to maintaining the Balkans in a state of hostility.

Bothe, Michael, O’Connell, Ellen, Ronzitti, Natalino, eds., Redefining Sovereignty: The Use of Force after the End of the Cold War (Ardsley: Transnational Publisher, 2005). 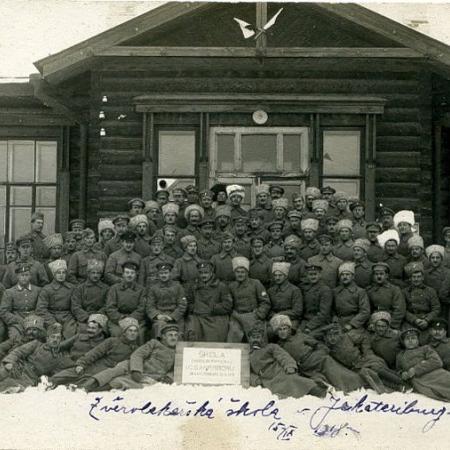