Simon PEREGO
Home › Encyclopedia › Topics › Wars and memories › The violence of war › Genocide: History and Uses of a Concept

While the notion that a human group can be exterminated as such did not appear in the modern period, the concept of “genocide”—which refers to this phenomenon—emerged more recently. Conceived by the Polish-Jewish lawyer Raphael Lemkin (1900-1959), who presented it in a book published in the United States in 1944, this notion is closely connected to the European history of extreme violence, the extermination of the Armenians of the Ottoman Empire, the massacres perpetrated during the Yugoslav Wars, and the Holocaust. It has become central to international justice, which European states actively developed after the Second World War. Its definition was established in 1948 by the UN in the Convention for the Prevention and the Punishment of the Crime of Genocide, which is still applicable in international law, but has limits that judges and researchers have avoided in different ways. 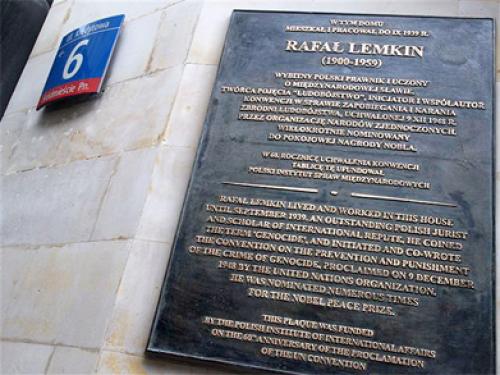 Commemorative plaque marking Raphael Lemkin’s former residence at 7 Kredytwa Street in Warsaw (Poland), inaugurated in 2008 on the 60th anniversary of the UN’s adoption of the Convention on the Prevention and Punishment of the Crime of Genocide. Source : Wikimedia Commons
Summary

The Origins of A Neologism

The trial of Soghomon Tehlirian, who shot one of the primary architects of the Armenian Genocide committed by the Young Turk government, was held in June 1921 in Berlin. While studying law at Lwów, Raphael Lemkin took a special interest in this event, which was in line with accounts of the pogroms that marked the childhood of this young man, who was born to a Jewish family in the Białystok area. He became a lawyer, and determined to combat the extermination of human groups. It was to this end that he submitted a proposal—for a conference on international law organized in 1933 by the LN in Madrid—calling for rules prohibiting “barbarity” (defined as the “premature destruction of national, racial, religious, or social collectivities”) and “vandalism” (defined as the “destruction of art and cultural heritage in which the unique genius and achievement of a collectivity are revealed”).

Lemkin left Warsaw in September 1939 as the Wehrmacht approached, and successfully traveled to the United States in April 1941, where he secured a university position and put his expertise at the service of the American government after his host country entered the war. His duties provided him with access to leadership circles, which he tried to familiarize with his project to combat the annihilation of human groups. He simultaneously began writing a book to present his ideas as widely as possible.

It was in this book, published in November 1944 and entitled Axis Rule in Occupied Europe, that Lemkin coined the term “genocide,” from the Greek genos (race, people, tribe) and the suffix -cide (from the Latin caedere, to kill). Lemkin believed that genocide was “the destruction of a nation or an ethnic group” targeted “as an entity.” His definition was extensive: mass physical extermination was only an extreme case, as perpetrators of genocide could also conduct “different activities seeking to destroy the essential foundations of the life of national groups, in order to wipe out these groups themselves.”

From The Nuremberg Trials to the Genocide Convention of 1948

Lemkin’s intention was to turn this neologism into a crime recognized by international law. Recruited as an advisor to Robert Jackson—the Chief United States Prosecutor at the Nuremberg Trials, which judged the central Nazi dignitaries who had fallen into Allied hands—Lemkin continued to promote his concept among his colleagues. His efforts were not ignored. While genocide was not listed among the crimes listed in Article 6 of the Charter of the International Military Tribunal, it appeared in the indictment’s third count reserved for war crimes. For all that, this incrimination was not included in the verdict, which found most of the accused guilty of “crimes against peace,” “war crimes,” or “crimes against humanity.”

Despite this setback, Lemkin continued to campaign for protection under international law for groups threatened by extermination, as well as for the possibility to judge anyone guilty of genocidal acts. Following a campaign in which he was heavily involved, in addition to difficult negotiations between states, the UN unanimously adopted a Convention for the Prevention and the Punishment of the Crime of Genocide (Resolution 230) on December 9, 1948. The law formally took effect on January 12, 1951, and was ratified by European states either in the years following its adoption—France (1950), Hungary (1952), and the FRG (1954)—or a number of decades afterwards, in the case of the United Kingdom (1970), Luxembourg (1981), and Switzerland (2000).

According to article 2 of the convention, genocide is any act “committed with intent to destroy, in whole or in part, a national, ethnical, racial or religious group as such,” and includes various acts such as killing members of the targeted group, causing them “serious bodily or mental harm,” or imposing obstacles to their demographic replenishment. The UN definition thus stands out for its restrictive approach to targeted groups (political affiliation, social class, and sexual orientation are not taken into consideration). Furthermore, it is characterized by two basic features: the victim group must be targeted by killers “as such,” and the acts must be committed intentionally.

The Limits of the UN Definition

The 1948 Genocide Convention, which could not be applied during the Cold War for lack of an international jurisdiction, today suffers from the inadequacies of its definitions, although an International Criminal Court (ICC) authorized to use it has existed since 1998. Some experts lament the fact that it does not include groups defined according to political, social, and gender criteria. For that matter, how exactly should a “national,” “ethnic,” or “racial” group be defined? Moreover, the formulation “in whole or in part” has been the subject of diverging interpretations based on the definition (quantitative or qualitative) of the adverbial phrase “in part.”

Judges have nevertheless found it difficult to use the accusation of genocide, instead preferring that of crimes against humanity, defined in the Rome Statute (which established the ICC) as an act “committed as part of a widespread or systemic attack directed against any civilian population, with knowledge of the attack.” This covers a wider range of crimes, and requires the accusation to simply demonstrate that abuse was inflicted intentionally on civilians, and not on a group targeted as such. However, judges know that it is often difficult to provide tangible proof of genocidal intention, due to the destruction of evidence as well as the use of coded language among genocide perpetrators, which enables them to conceal their crimes. Finally, it provides for sentences that are as severe as those for the accusation of genocide.

Researchers in the social sciences have also cast doubt on a notion that was initially conceived with legal objectives in mind. Some have defended the UN approach while others have refused to employ the term genocide in their work. Yet others have adhered to a third position, deeming it necessary to leave behind this overly-normative definition, which is simultaneously too extensive—the violations considered by the UN are not limited to physical elimination, albeit without including acts seeking to destroy a group’s identity and culture—as well as overly restrictive in the identification of the targeted groups. They have subsequently replaced it with alternative approaches. The historian and political scientist Jacques Sémelin begins with the notion of “massacre” as a “minimal term of reference,” and explores the question of “when and under what circumstances a massacre becomes a genocide,” with the latter for him being “the particular process of the destruction of civilians, which seeks the total eradication of a group whose criteria are defined by its persecutor.” This is one possible definition, among others, of a phenomenon that represents one of the cornerstones of memory for Europeans, as well as of their conception of international law. 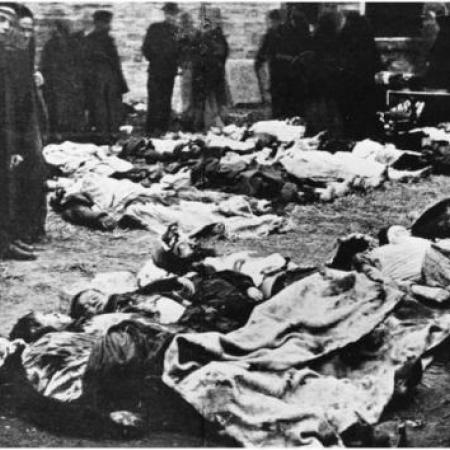 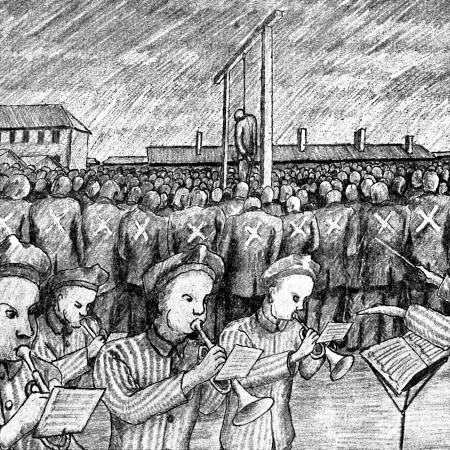