Nationalist speeches on art during the 19th century

A matter for well-informed amateurs until the eighteenth century, the study of “ruins” became institutionalized during the nineteenth century in the wake of European imperialism and national construction. The science of archaeology quickly became a factor in claims relating to identity, whether they were imperial, national, or henceforth international. However, while the results of archaeological excavations could establish identities, they could also oppose them. 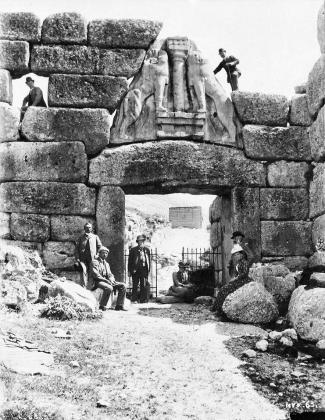 From its emergence at the dawn of the nineteenth century, archaeology (taken as both an object of study and a discipline, in both its discourses and discoveries) was used by the states and nations being forged at the time to anchor themselves within a territory, and to legitimize their aims by providing historical depth. As a result, archaeology affirmed and consolidated identities, but also opposed them. Far from limiting itself to the century of revolutions, its history continued during the twentieth century, and is fully a part of twenty-first century affairs.

During the nineteenth century, excavations, along with the exhibition of discoveries and their interpretations, contributed to the affirmation and influence of European powers, as well as to competition between them. They relied firstly on the individual initiatives of travellers, scholars or diplomats, who were either amateur archaeologists, antiquarians or collectors, and who ultimately donated their discoveries. This was the case for the bequest of Paul-Émile Botta, the French Consul in Mosul, who helped constitute the first Assyrian collection at the Louvre following excavations in Khorsabad (in modern-day Northern Iraq) in 1843‐1845. National entities also took advantage of the emergence of archaeology as a fully-fledged science to create schools and institutes in places of imperialist or colonial expansion, notably in the Mediterranean. The affiliation of most of these institutions with each state’s Ministry of Foreign Affairs underscores the political aims behind their founding. In Egypt for instance, an Antiquities Service was created in 1858 which managed both excavations and the exhibition of results. Despite English political domination, it remained under French management until 1952. It was joined by various national institutions: the Permanent French Mission in Cairo (1880), which became the IFAO (French Institute for Oriental Archaeology in Cairo, 1898), and the German Archaeological Institute in Cairo (1907). With regard to Italy, it made an unsuccessful attempt to establish itself in 1910. Archaeology thus became a spearhead of cultural imperialism.

The archaeological concessions obtained by the powers, which are mostly still in effect today, attest to bitter negotiations between the different imperial protagonists in matters of prestige: in Greece for example, the French worked in Delos, Delphi, and Argos, the Germans in Olympia, Thebes, and Samos, the Americans in Argos and Corinth, the English in Sparta and Megalopolis, the Italians in Crete, and the Austrians in Samothrace. The archaeologists in charge of these sites were seen as genuine national heroes abroad, such as the German Heinrich Schliemann, the Englishman Arthur John Evans, or the Reinach brothers. This cultural dimension of European imperialism can also be combined with other notably economic objectives, as illustrated by the German Bagdadbahn, the Berlin-Baghdad railroad in the Ottoman Empire (a 1,600 km railway built between 1903-1940). The products of these excavations were staged. They were exhibited on site, helping to constitute shared identity references, for instance with the Pinacoteca di Brera in Milan, which was full of the cultural heritage of “Northern Italy.” Some were exported beyond the territory where they were found, such as the works from Italy or Egypt sent as war spoils by Bonaparte to the Directory, or the Parthenon frieze in the British Museum, which is behind the ongoing battle between museums. Such phenomena can also be explained by an absence of or delay of—or gaps within—legislation forbidding heritage from crossing imperial or national borders.

The interpretation of archaeological excavations by European powers contributed to the invention of regional and national territories on the local level, echoed by the emergence of national questions in Europe from the late eighteenth century onwards. Archaeology was closely connected to the (re)discovery by elites of a common past, one that was initially selected and later glorified, mythologized, and sometimes even created from nothing. The visible and buried traces of the past became instruments of legitimacy for both the nation and the state. This was the case, for instance, with Pompeii in Risorgimento Italy.

These vestiges subsequently became the object of (over-)interpretation, debates, and protests: they traced the borders, both mental and physical, separating men and spaces. This was true of the religious buildings that had changed during conquests from temples to churches, churches to mosques, and vice versa, notably in the Balkans. They could also be the object of myths and fantasies that the nation must construct, reaffirm, and more rarely deconstruct in accordance with political needs. Archaeology itself was nationalized as a result. Traces of the past that could be part of a shared imagination in multi-ethnic contexts, in spite of varying interpretations, became univocal elements of nationalist affirmation, for instance with the Serbs’ successive rewritings of the battle of Kosovo Polje (1389), or its recent re-establishment in Višegrad (in Eastern Bosnia).

The history of archaeology today is marked by three major identity-based issues. The first involves returning the results of excavations to their place of origin. This question is the subject of bitter negotiations which generally last a long time, for instance those surrounding the bust of Nefertiti at the Neues Museum in Berlin, with accused states fearing the phenomenon will spread. The second issue, a combination of historical claims and economic-touristic windfall, is the in situ preservation of the vestiges of so-called national history. One example is the historic centre of Midgard in Borre, Norway, opened in 2000 at the site of a Viking necropolis, somewhere between an archaeological site and an eco-museum. Finally, aside from purely national considerations, archaeological research has contributed to the affirmation of collective and supranational identities, which are supposed to be preserved by the European Convention on the Protection of Archaeological Heritage (1969, revised in 1992) and the “World Cultural Heritage” designation granted by UNESCO.

These material traces, symbols of a national or civilizational past, can subsequently become the victim of intentional degradation and pillaging, for instance with the Palmyra site (in modern-day Syria), whose destruction in May 2015 and again in December 2016 by soldiers of the Islamic State sparked strong emotions throughout the international community, informed notably through images taken by Russian army drones. This destruction implicitly contributes to the same claims that inform the preservation and development of the archaeological past: through the rejection and annihilation of an identity, another identity is produced.